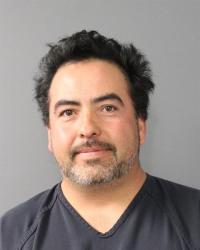 Carlos A. Casias, 42, and Samuel Molina, 47, were taken into custody and face charges in connection with the discovery.

The county sheriff’s office says investigators found 235 plants on the property of an eastern Pueblo County home — 211 plants more than what was allowed by the medical marijuana license held by Casias.

The grow was discovered, officials say, after a patrol deputy driving by the residence at 2254 40th Lane early Friday morning saw lights on in an exterior building and smelled pot.

The sheriff’s office found the majority of the marijuana plants were in an unsecured structure.

Friday’s bust is the 17th in Pueblo County since March 14 and the second in less than 24 hours. The raids have led to the seizure of more than 5,100 illegal marijuana plants and 25 arrests.

Several of those arrested have been Cuban nationals with ties to Florida. Sheriff Kirk Taylor told The Denver Post he believes much of the marijuana discovered since March was being grown for transport and sale of out state.

The busts come among a string of similar police operations in southern Colorado over the past month and as federal and local authorities clamp down on marijuana being illegally grown in homes across the state.