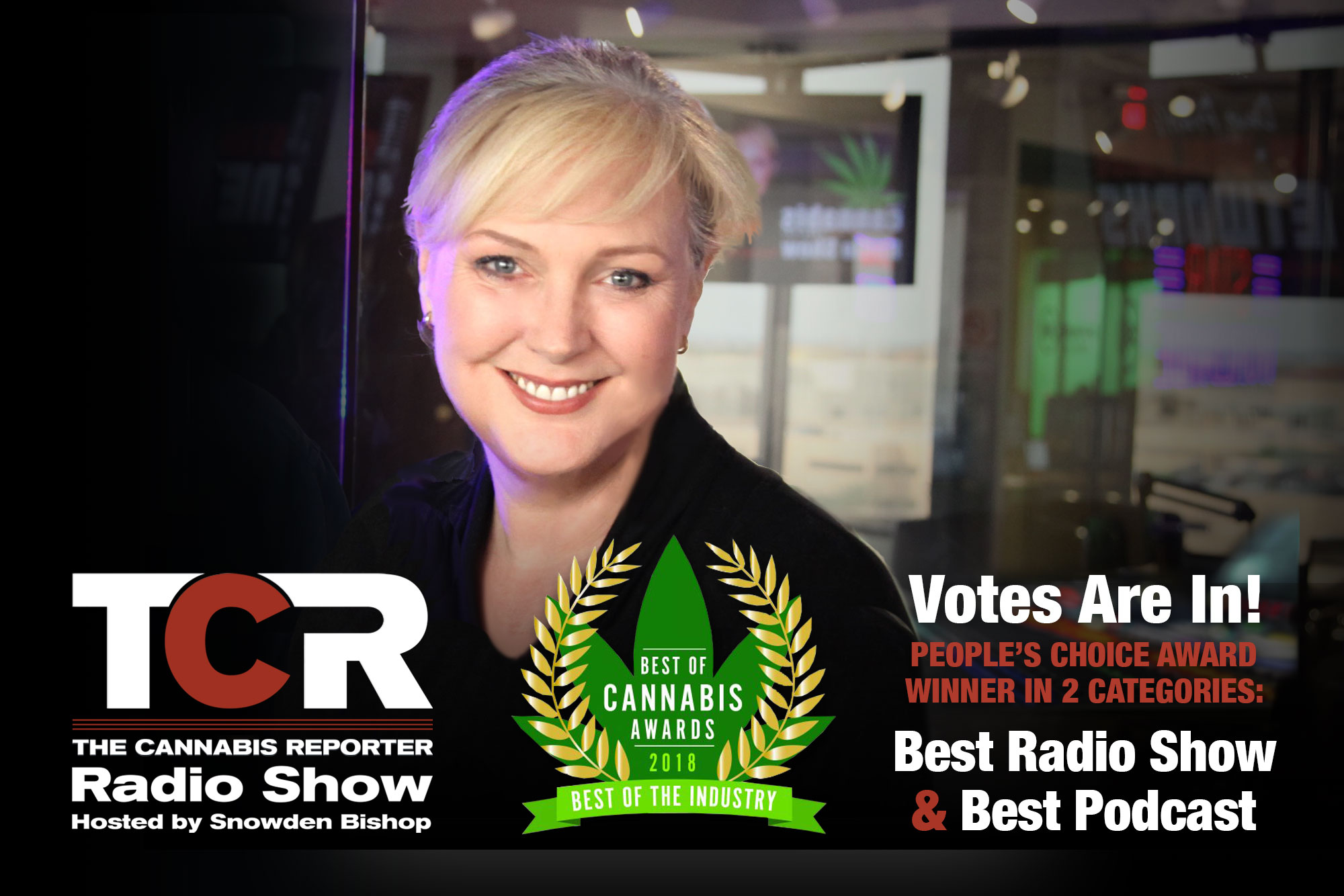 CashInBiz.com, host of the first voter’s choice awards contest for the legal cannabis and marijuana industry, announced the winners of the 2018 Best of Cannabis Awards this week naming The Cannabis Reporter Radio Show winner in two “Best of the Industry” categories: Best Radio Show and Best Podcast. The contest, which called upon the general public to nominate and vote for their favorite cannabis companies, people, products and industry leaders, took place online throughout the month of February. The Cannabis Reporter Radio Show was nominated alongside notable contenders including Cannabis Radio, Bobby Bones Show, The Heavy T Grow Show and Hemp Radio in the “Best Radio Show” category, and Hash, Startup Soners, The Russ Belville Show and Canna Insider in the “Podcast category.”

The big winner in that category of influencers was Ryan Treacy, sweeping 3 categories including Cannabis Person of the Year, Best Entrepreneur and Best Patient Advocate and a fourth award for his company C4 Laboratories, which was named Cannabis Company of the Year in the “Best Cannabis Companies” section.

“I considered it an honor just to be nominated by popular vote in two categories alongside some stellar broadcasters. I wasn’t expecting to win,” said Snowden Bishop, The Cannabis Reporter Radio Show’s host and award-winning producer/journalist who began her broadcasting career as an anchor in FM radio and NBC TV Affiliates. “It’s even more of an honor to be named a winner alongside amazing industry pioneers, influencers and entrepreneurs for whom I have a great deal of admiration.”

Bishop became an ardent cannabis advocate in 2010 when, after exhaustive research for a feature article about hemp as a carbon-negative industrial resource, she learned the sinister truth about prohibition and the damage it has caused. Inspired by the passion behind the grass-roots movement to end unjust federal policy, she and her business partners, Star Simmons and Christian Nolan agreed it was a topic worthy of being in the mainstream spotlight. They launched The Cannabis Reporter online in 2015 and a year later seized the opportunity to reach beyond existing cannabis fans to more conservative-leaning audiences via terrestrial radio. Now in its second year on the air, The Cannabis Reporter Radio Show remains the first and only all-cannabis radio broadcast to be syndicated nationwide.

“We are firm believers that cannabis has potential to transform the field of medicine and pave the way for a more prosperous, socially just and sustainable future,” Bishop told CashInBiz in a feature Q&A article. “We want to thank CashInBiz for organizing the contest and bringing recognition to the entrepreneurs and activists who have chosen this path for the good it can do for human health, our environment and society at large. And it goes without saying how much we appreciate those who voted for us. It’s gratifying to know that the message we are so passionate about is being heard.”