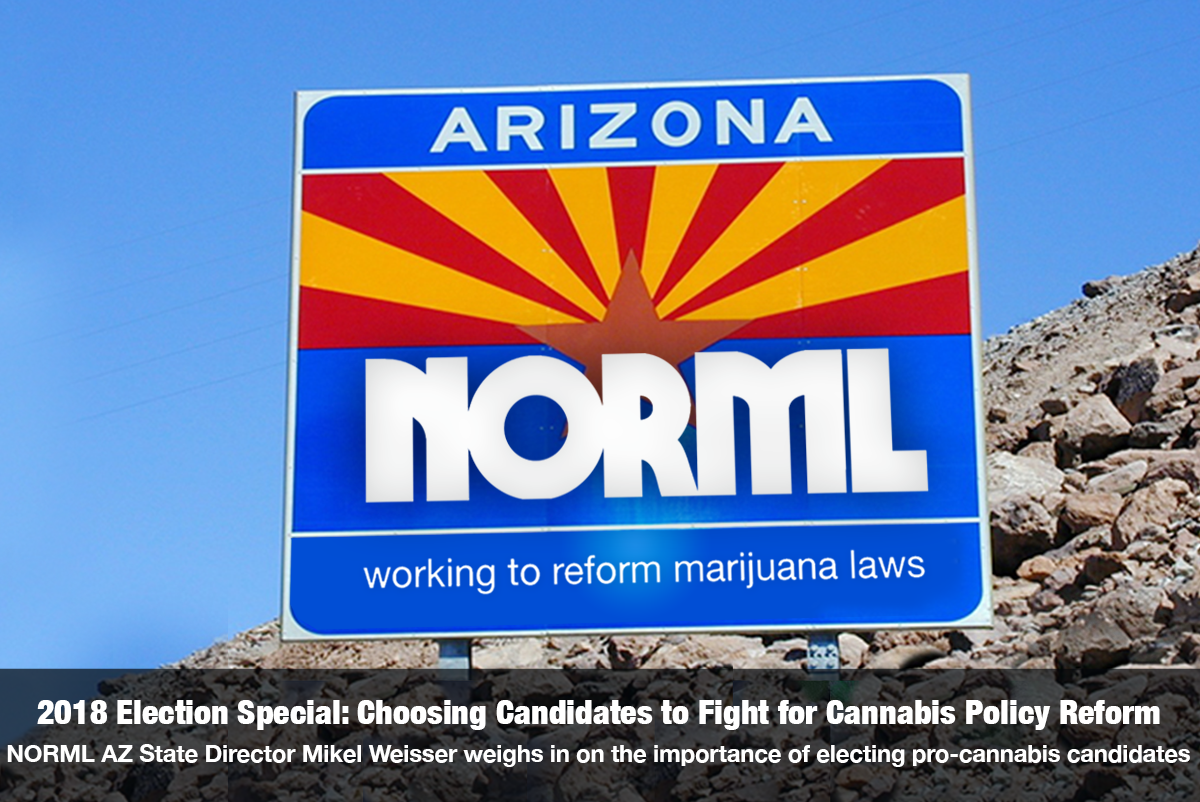 As Arizona-based media outlet, we have had ring-side seats to witness some of the most contentious fights to preserve the Arizona Medical Marijuana Act. The political opponents have been unrelenting in their efforts to thwart the industry here. But what they haven’t counted on is the perseverance of heavy-weight activists who are armed with facts, passion and some of the brightest legal minds the cannabis industry to duke it out with jurists, legislators and government officials. This is true all over the country.

In nearly every state, one thing the anti-marijuana elected officials have in their favor at the moment is a majority in government who fail to realize that a vast majority of people in the U.S. favor cannabis legalization. In Arizona, elected officials who have worked tirelessly to undermine the state’s medical marijuana law are about to lose their jobs if advocates get out and vote. We have an opportunity to shift the paradigm in the upcoming election, which is why we felt it was important for voters to know where candidates stand on the issue.  For that, we decided to bring in an activist, who has been a prize fighter when it comes to duking it out with legislators and powerful naysayers.

MIKEL WEISSER first appeared on our show when he was running for Congress to represent Arizona’s 4THCongressional District in 2016. He was also appointed by Bernie Sanders to serve as a delegate representing Arizona at the Democratic National Convention that year. Today, Mikel is also one of Arizona’s most ardent cannabis activists. In his role as the State Director of the Arizona Chapter of the National Organization for the Reform of Marijuana Law (NORML), he is constantly meeting with elected officials and lobbying for improvements to the Arizona Medical Marijuana Act. Each year NORML compiles lists of all candidates running for office in every state and grades them on their voting records pertaining to cannabis-related legislation. Mikel Weiser was tasked with compiling the list of candidates in Arizona. He also mans a hotline for card-carrying medical marijuana patients who have been arrested due to recent regressions in the state’s medical marijuana policy and helps them connect with attorneys who can help. He invites anyone victimized as a result of AZ’s arcane cannabis policy change to call (928) 234-5633.