4/20 means tons of work (and play) to cannabis industry 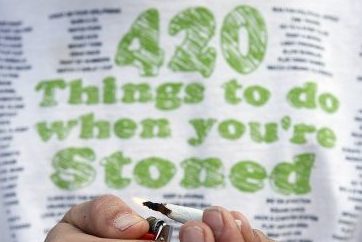 By Vincent Chandler, The Cannabist Staff

Most major U.S. retailers can count on business picking up in November and December as the winter holidays approach. In the marijuana industry, April is the busiest time of the year.

It seems like a no-brainer: Cannabis aficionados and amateurs alike have long marked 4/20 as the day to celebrate their consumption. Statistically, however, the stoner holiday isn’t necessarily the top-selling day of the year. In 2015, it ranked as the third-highest sales day in Colorado.

Customers lining up for deals on flower and their favorite extracts isn’t what makes 4/20 so busy for many members of the industry whose businesses focus on other cannabis aspects.

“It’s exciting,” says Bryan Dehaven, founder of Colorado clothing retailer Chiefton Supply Co.. “There’s so much going on and there’s so much to do. We really have to have all hands on deck.”

Every player in the cannabis industry seems poised to launch their newest product, announce their latest technology advancement or throw a party in the days surrounding April 20 (which fell on a Wednesday this year). The annual Denver 420 Rally in Civic Center Park is looking for a new venue after it was postponed due to inclement weather and other factors, but this year it was not the only marijuana-friendly event in the city.

With the growing popularity and acceptance of the holiday in Colorado (even grocery store chain King Soopers got in on the action in 2015), Good Chemistry CEO Matthew Huron says that the normalization of cannabis is obvious. 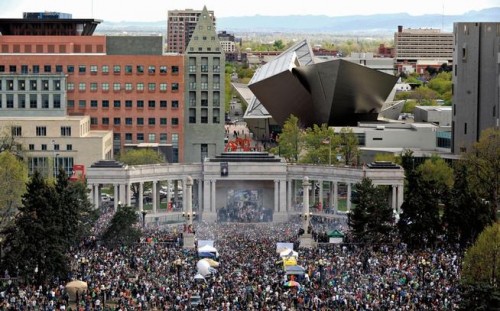 A cloud of smoke rises above the crowd at the annual 4/20 rally in Civic Center Park on April 20, 2012. (Daniel Petty, Denver Post file)

“I think ultimately it’s just fantastic to have the holiday legitimizing the industry, having it become more mainstream,” says Huron.

There have been efforts around the Centennial State to squash some public displays of 4/20 pride. The Cannabis Cup left its Denver-adjacent home in a hurry for southern Colorado due to permit issues, then left for California after the relocation plan fell through. The University of Colorado at Boulder is hoping to have snuffed out its Norlin Quad 4/20 celebration, which once attracted 10,000 people.

Meanwhile in Fort Collins, high school senior Gillian Breuer organized a cannabis symposium in the week leading up to 4/20 to help educate her fellow students called “Weeding Out the Facts.”

Hallmark putting 4/20 greeting cards next to its Easter and Passover cards is probably a ways off, but the feeling in legal states is it is closer today than ever before.