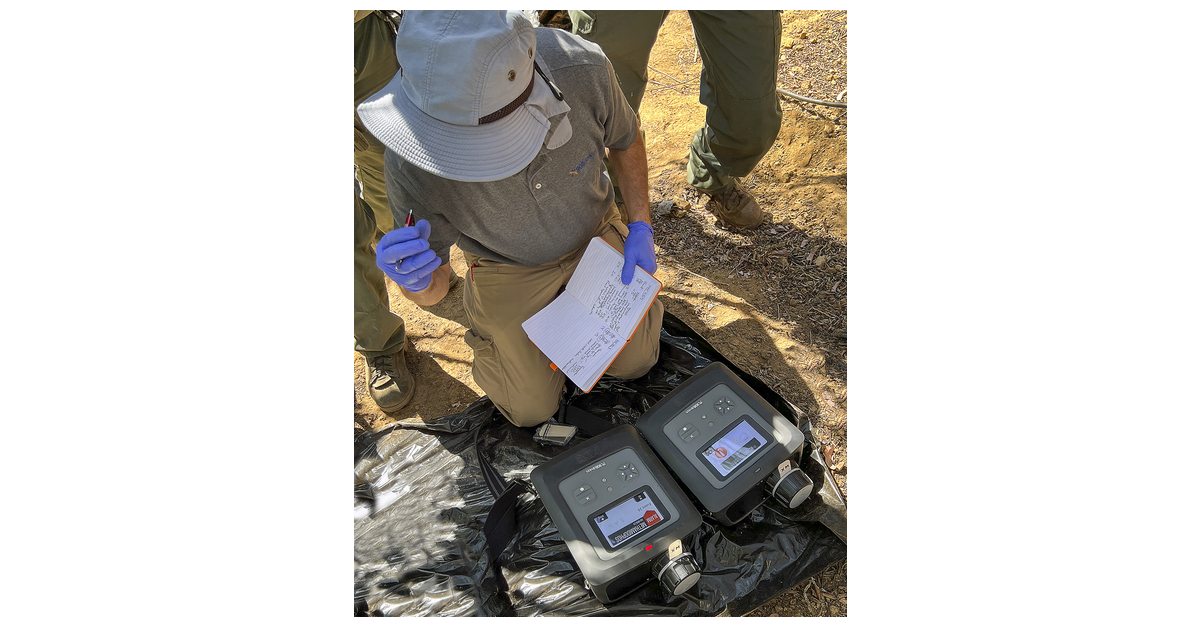 BOSTON–(BUSINESS WIRE)–908 Devices Inc. (Nasdaq: MASS), a pioneer of purpose-built handheld and desktop mass spec devices for chemical and biomolecular analysis, today announced the availability of a downloadable target pack for the MX908® to enable identification of toxic pesticides. Developed in conjunction with the United States Forest Service (USFS), an agency of the U.S. Department of Agriculture (USDA), this enhanced pesticide identification capability empowers responders with critical intelligence about toxic pesticides so they can take swift and appropriate action.

The MX908 is a handheld mass spectrometry device that detects trace amounts of hundreds of compounds in seconds, including drugs, explosives and now eight dangerous pesticides. It is used by law enforcement, first responders, health and safety and other government organizations around the world. With the newly released Pesticide Pack software installed, the MX908 identifies pesticides quickly and accurately with minimal sample, displaying the precise name clearly on-screen.

Field detection and identification of pesticides is required in many applications due to their toxicity. This expanded MX908 capability is being leveraged first to identify the majority of toxic chemicals used in illegal marijuana growing operations on federal lands, which pose a myriad of threats to the environment, water sources, wildlife and people. These pesticides such as carbofuran, methamidophos and malathion are extremely hazardous and can pass through the food chain and linger in soil for months. Many can be absorbed directly through the skin.

“Illegal marijuana grows are responsible for environmental destruction and devastation of wilderness, but it’s impossible to know the scale of these threats with the naked eye,” said John Kenneweg, Vice President of Government, 908 Devices. “That’s why testing in the field is critical. The information provides officers and supporting personnel with actionable intelligence almost instantaneously, enabling them to begin immediate remediation versus collecting samples, trekking out of the wilderness, sending the sample to the lab and then waiting for days or weeks to understand what kinds of toxic chemicals they’re dealing with.”

Despite marijuana being legal in 39 states for recreational or medicinal purposes, illegal marijuana growing operations on public lands continue to have a devastating impact. Pesticides and fertilizers cause irreparable damage to the environment, plus these operations often come with armed guards protecting their activity and large amounts of garbage littering the land. From just one site alone, the USFS removed 11,000 pounds of trash, 1,200 pounds of fertilizer and multiple toxic chemicals. Beyond devastation to lush, natural habitats, these illegal marijuana grows are a brewing public health threat.

“With the U.S. Forest Service’s collaboration, we’re ensuring the safety of their field officers, scientists and clean-up crews,” continued Kenneweg. “We’re grateful for their partnership in developing the expanded pesticide identification capability for the MX908.”

The Pesticide Pack is now available to download. MX908 operators who require this capability should contact their 908 Devices representative or mx908@908devices.com for additional information. Customers can use the MX908 Remote app for Android or iOS to display pesticide analysis results directly on their mobile devices.

908 Devices is democratizing laboratory mass spectrometry with its simple handheld and desktop devices, addressing critical-to-life applications. The Company’s devices are used at the point-of-need to interrogate unknown and invisible materials and provide quick, actionable answers to directly address some of the most critical problems in life sciences research, bioprocessing, pharma/biopharma, forensics and adjacent markets. The Company is headquartered in the heart of Boston, where it designs and manufactures innovative products that bring together the power of mass spectrometry, microfluidic separations, software automation, and machine learning.