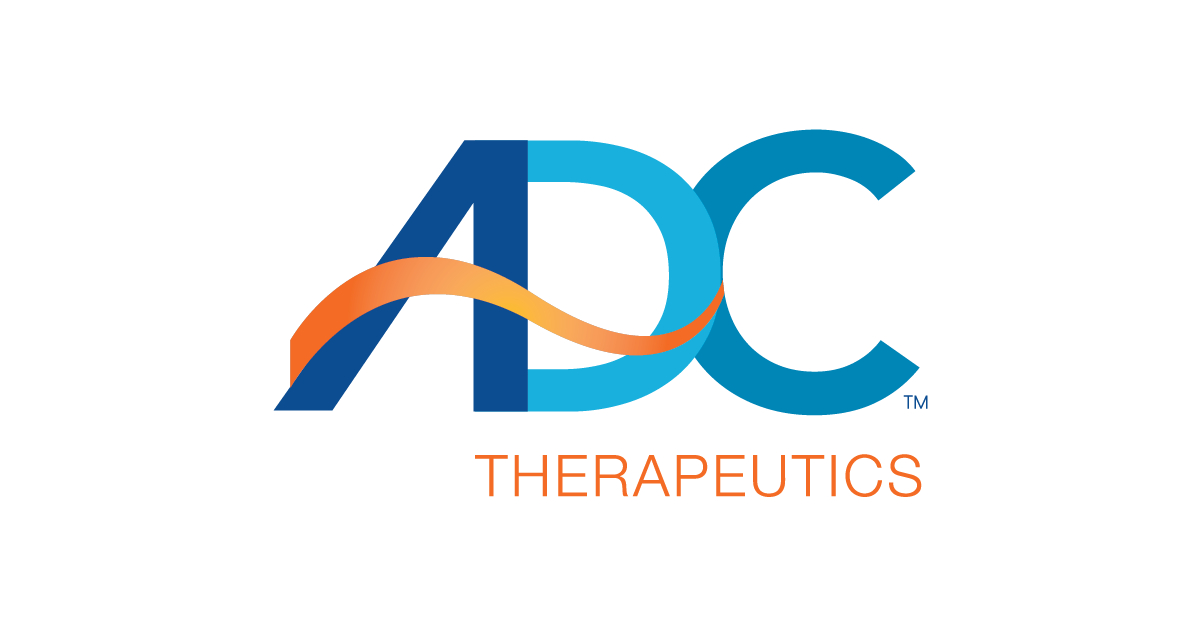 LAUSANNE, Switzerland–(BUSINESS WIRE)–ADC Therapeutics SA (NYSE: ADCT) today announced that ZYNLONTA® (loncastuximab tesirine-lpyl) and camidanlumab tesirine (Cami) abstracts have been accepted for presentation at the Tenth Annual Meeting of the Society of Hematologic Oncology (SOHO 2022), which will be held in Houston, Texas from September 28–October 1, 2022.

“We are looking forward to sharing the encouraging initial safety run-in results from our LOTIS-5 Phase 3 clinical trial evaluating ZYNLONTA in combination with rituximab in patients with relapsed or refractory diffuse large B-cell lymphoma at SOHO 2022,” said Joseph Camardo, MD, Chief Medical Officer of ADC Therapeutics. “This is one of several clinical studies of ZYNLONTA in combination with other drugs intended to evaluate ZYNLONTA in earlier lines of treatment. ”

LOTIS-5 is a Phase 3, randomized, open‐label, two‐part, two‐arm, multicenter study of loncastuximab tesirine in combination with rituximab (Lonca-R) in patients with relapsed or refractory diffuse large B-cell lymphoma (DLBCL). Twenty patients were enrolled in part 1 in a nonrandomized safety run‐in. In part 2, approximately 330 patients will be randomized 1:1 to receive Lonca‐R or rituximab‐gemcitabine‐oxaliplatin (R‐GemOx).

These data will be presented in the following poster:

All posters will be presented on Wednesday, September 28 from 5:05 to 6:30 p.m. CT in Ballroom of Americas on Level 2 of the Hilton-Americas Houston. Posters will remain in the poster hall for viewing throughout the day on Thursday and Friday. Online access to posters for registered attendees will begin on Thursday, September 29.

ZYNLONTA® is a CD19-directed antibody drug conjugate (ADC). Once bound to a CD19-expressing cell, ZYNLONTA is internalized by the cell, where enzymes release a pyrrolobenzodiazepine (PBD) payload. The potent payload binds to DNA minor groove with little distortion, remaining less visible to DNA repair mechanisms. This ultimately results in cell cycle arrest and tumor cell death.

The U.S. Food and Drug Administration (FDA) has approved ZYNLONTA (loncastuximab tesirine-lpyl) for the treatment of adult patients with relapsed or refractory (r/r) large B-cell lymphoma after two or more lines of systemic therapy, including DLBCL not otherwise specified, DLBCL arising from low-grade lymphoma and also high-grade B-cell lymphoma. The trial included a broad spectrum of heavily pre-treated patients (median three prior lines of therapy) with difficult-to-treat disease, including patients who did not respond to first-line therapy, patients refractory to all prior lines of therapy, patients with double/triple hit genetics and patients who had stem cell transplant and CAR-T therapy prior to their treatment with ZYNLONTA. This indication is approved by the FDA under accelerated approval based on overall response rate and continued approval for this indication may be contingent upon verification and description of clinical benefit in a confirmatory trial.

ZYNLONTA is also being evaluated as a therapeutic option in combination studies in other B-cell malignancies and earlier lines of therapy.

Camidanlumab tesirine (Cami) is an antibody drug conjugate (ADC) comprised of a monoclonal antibody that binds to CD25 (HuMax®-TAC, licensed from Genmab A/S), conjugated to the pyrrolobenzodiazepine (PBD) dimer payload, tesirine. Once bound to a CD25-expressing cell, Cami is internalized into the cell where enzymes release the PBD-based payload, killing the cell. This applies to CD25-expressing tumor cells and also to CD25-expressing Tregs. The intra-tumoral release of its PBD payload may also cause bystander killing of neighboring tumor cells, and PBDs have also been shown to induce immunogenic cell death. All of these properties of Cami may enhance immune-mediated anti-tumor activity.

Cami is being evaluated in a pivotal Phase 2 clinical trial in patients with relapsed or refractory Hodgkin lymphoma and a Phase 1b clinical trial as monotherapy and in combination with pembrolizumab in solid tumors.

ADC Therapeutics (NYSE: ADCT) is a commercial-stage biotechnology company improving the lives of those affected by cancer with its next-generation, targeted antibody drug conjugates (ADCs). The Company is advancing its proprietary PBD-based ADC technology to transform the treatment paradigm for patients with hematologic malignancies and solid tumors.

ADC Therapeutics’ CD19-directed ADC ZYNLONTA (loncastuximab tesirine-lpyl) is approved by the FDA for the treatment of relapsed or refractory diffuse large b-cell lymphoma after two or more lines of systemic therapy. ZYNLONTA is also in development in combination with other agents. Cami (camidanlumab tesirine) is being evaluated in a pivotal Phase 2 trial for relapsed or refractory Hodgkin lymphoma and in a Phase 1b clinical trial for various advanced solid tumors. In addition to ZYNLONTA and Cami, ADC Therapeutics has multiple ADCs in ongoing clinical and preclinical development.

ADC Therapeutics is based in Lausanne (Biopôle), Switzerland and has operations in London, the San Francisco Bay Area and New Jersey. For more information, please visit https://adctherapeutics.com/ and follow the Company on Twitter and LinkedIn.

ZYNLONTA® is a registered trademark of ADC Therapeutics SA.