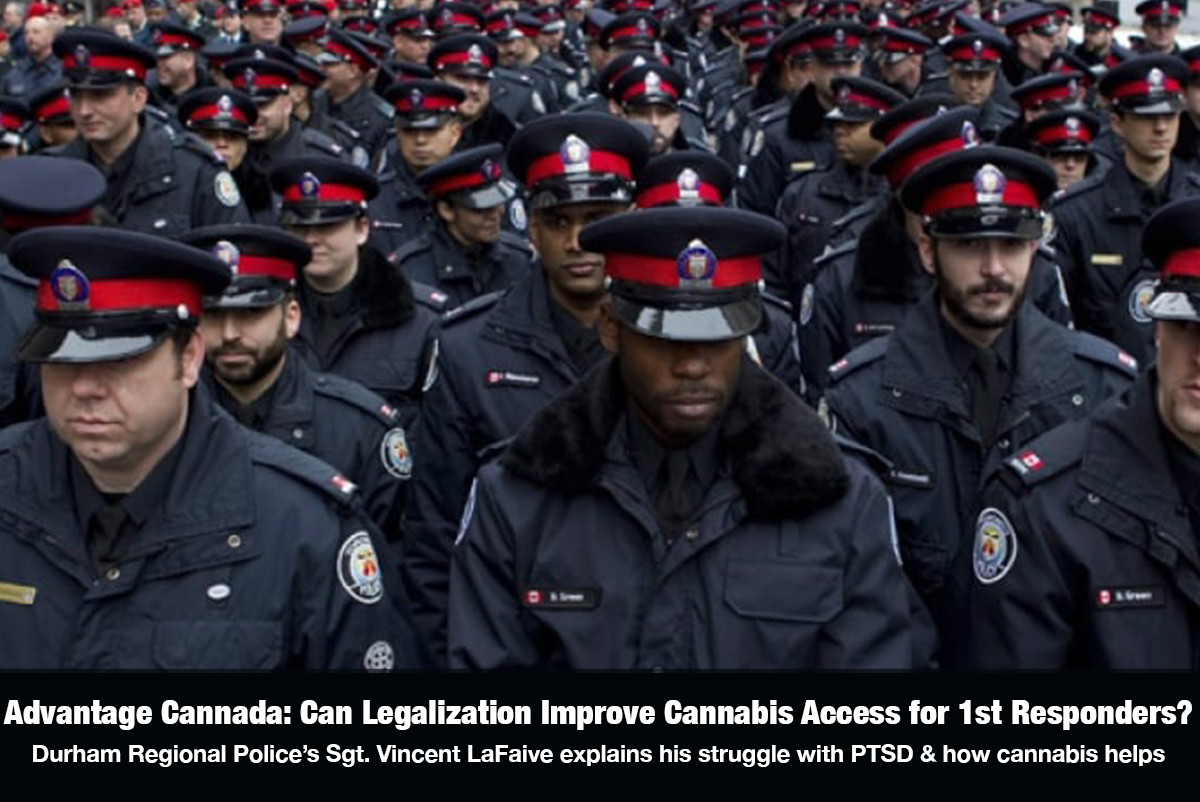 Normally when we talk about Post Traumatic Stress, it’s normally associated with veterans who have been traumatized by war. PTSD is actually more common than we think and can afflict just about anyone who has witnessed violence or been through a traumatic event. According to Sidran.org, this includes:

Symptoms such as recurrent nightmares or triggers that recall the fright of a traumatic event make PTSD easy to recognize. This is especially true among veterans. But what is most interesting is that some people experience symptoms like depression, insomnia or feeling socially withdrawn long after a traumatic event, which makes it hard to diagnose with certainty. And PTSD can result from ongoing stresses such as frequent emotional abuse, frustration over financial problems, a serious medical condition or a high pressure job.

Like veterans, first responders are among the most prone to Post Traumatic Stress due to the perils of the job taking a toll over time. But they are least likely to seek treatment until they retire or take medical leave. There are reasons for that.

The first, sadly, is that mental and emotional symptoms are too often stigmatized. While many active police officers recognize the symptoms of PTSD and realize how dangerous they can be, some fear that seeking help of a psychologist or getting conventional medical treatment will jeopardize their jobs. As a result, they often tough it out until symptoms become so debilitating that they have no choice but to get help.

Another is the illegality of cannabis and, for law enforcement officers, it’s strictly off limits despite the growing number of veterans diagnosed with PTSD who say cannabis is saving their lives. In fact, many veterans have successfully lobbied for policy change to make it accessible without jeopardizing VA benefits. While veterans are allowed to use cannabis where it’s legal, it may take years before active duty personnel can access cannabis in lieu of the harsh pharmaceuticals too often prescribed for PTSD.

The same goes for first responders. Whereas medicating with alcohol and prescription drugs is more widely acceptable, cannabis remains off limits, even though it’s far safer and no more psychoactive than alcohol or prescription opiates. Federal policy and lack of awareness remain barriers to policy change.

In countries like Canada, which will be legalizing cannabis for adult use in October, first responders will have an option to choose cannabis therapy, but stigma remains a barrier to acceptance. According to a report on CBC, Toronto police officers are facing increased pressure and fear due to massive cuts to the force. As our guest, a career officer with the Toronto police, explains, education is key to removing such barriers so that anyone suffering with PTSD can get the life-saving relief they need to overcome PTSD and lead healthier lives.

Seargent Vince LaFaive spent more than 30 years as a police officer serving the Durham Regional Police force near greater Toronto area before taking medical leave in January 2018 to deal with what can be described as the ravages of a PTSD related bleeding disorder. Having initially discovered the healing power of cannabis in 2016, he wrote a manifesto titled “A Letter to My Doctor,” in which he explained his decades-long struggle to cope with demons and enduring torture gripping his soul after decades of being a first-responder. Upon learning about Dr. Sue Sisley’s study on PTSD, he entered into a fully supervised clinical cannabis trialwith Toronto based Apollo Applied Research. Now completing his second year as a successful cannabis patient and first responder, Sgt Lefaive has had to ” come out ” as such, and is currently an advocate for his fellow first responders under treatment to speak up.While his doctors have embraced his success with cannabis, navigating Canada’s insurance to cover cannabis treatment remains a challenge. Currently challenging benefits denials, he in the midst of appeals to both his employer and insurance providers in hopes that his treatment will officially be recognizedthat the stigma surrounding his medicine is disarmed. His next publication, I Have A Cure: a 30 year first responder’s lifesaving PTSD treatment revealed, is set for release in late 2021. He calls writing therapeutic and it is focused oneducatingthe public withevidence-based results about ways in which cannabis has aided in reclaiming his whole health.