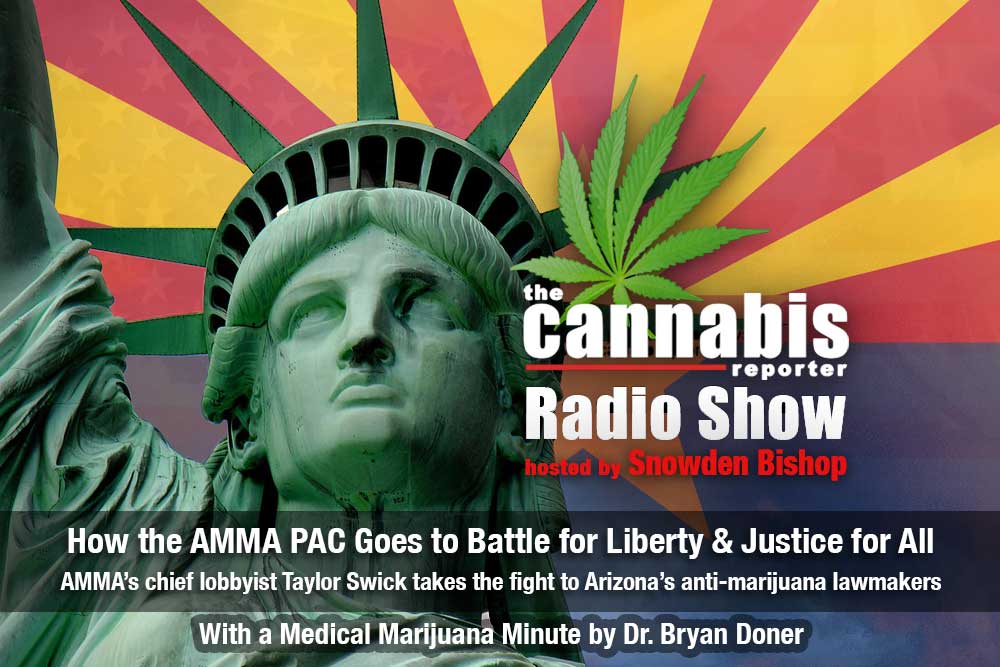 Of the four states posing adult use of marijuana to voters in the last election, Arizona was the only one that didn’t pass, primarily because of the aggressive anti-marijuana campaign waged by right-leaning elected officials and millions of dollars supporting them. Making matters worse, the conservative state legislators have gone out of their way to undermine the Arizona Medical Marijuana Act, which was enacted in 2011. The AMMA PAC is trying to remove partisan politics from the cannabis issue.

Given the inalienable rights of “Life, Liberty and the Pursuit of Happiness” guaranteed by our nation’s founders, it’s hard to fathom why we aren’t at liberty to choose a holistic remedy that offers a healthier life and happiness for so many. After all, cannabis is as much a part of American heritage as the Declaration of Independence first drafted on hemp paper, the first American flag stitched with hemp thread, and our first president George Washington, who cultivated cannabis as a cash crop and reported self-medicating with cannabis tea.

Marijuana prohibition was predicated on a lie, has destroyed millions of lives and cost taxpayers an average of $3.6 Billion a year since 1971. Despite unwavering support from the AMA and indisputable evidence cannabis should never have been scheduled, all petitions to remove marijuana from Schedule 1 have been denied by the DEA. Adding insult to injury, The U.S. Attorney General is asking congress for DEA authority to re-escalate the war on marijuana, target patients for prosecution and undermine state regulation. Sessions isn’t the only political figure who is trying desperately to turn back the clock. In the State of Arizona, a notoriously red state where voters champion individual liberty, Governor Doug Ducey recently vetoed the Industrial Hemp bill – which passed the State Legislature with overwhelming bi-partisan support.

Despite the barriers, there is reason to feel optimistic. The CARERS Act is re-emerging in the U.S. Senate and, ironically, the measure has bi-partisan support and promises to become a uniting force in Congress. In Arizona, a new political action committee known as AMMA PAC is actively lobbying to protect and expand the Arizona Medical Marijuana Act on behalf of hundreds of thousands of patients that need cannabis to stay healthy. That’s the topic of today’s show, which begins right after Dr. Bryan Doner with another edition of the Medical Marijuana Minute.

Just a reminder, if you’d like to end the war on drugs, we encourage you to join the battle. Call your U.S. Senators and urge them to say no to Sessions and yes to the CARERS Act. If you live in Arizona, call your legislators to say you’d like them to comply with the majority of people who want restrictions lifted on qualifying conditions so that everyone who needs medical marijuana can access it.

Taylor Swick is a lobbyist and treasurer of the Arizona Medical Marijuana Act Political Action Committee (AMMA PAC), a coalition of patients, medical providers and industry stakeholders advocating to protect the medical marijuana industry from legislative meddling. Taylor has been at the forefront of cannabis measures pending in Arizona, promoting smart and responsible legislation intended to strengthen the industry, expand public education about marijuana, and foster constructive dialogue to dispel the myths propagated by the opponents of medical marijuana. In 2010, Taylor began practicing law, representing individuals in all aspects of family law, business litigation and criminal defense. He has since been lobbying on behalf of the medical cannabis industry to insure that patients and industry leaders alike are able to successfully obtain and dispense medical cannabis in Arizona. Taylor is an avid artist, selling and donating original works and his time serving charities.