As the Senate Warms to Hemp, Don’t Cool Your Heels Just Yet 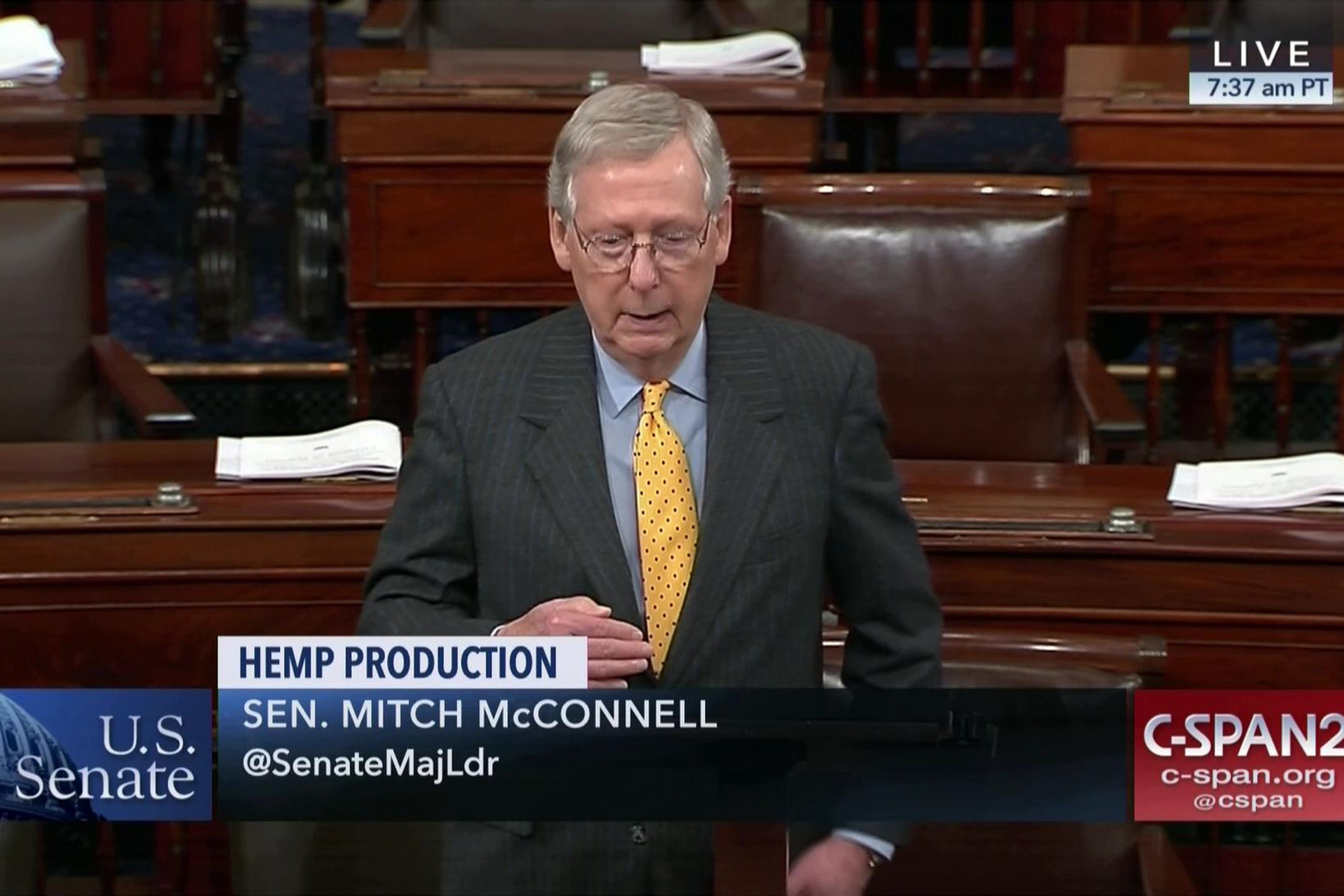 When, on June 4th this year, the U.S. Senate voted almost unanimously to designate the same week through June 11th as National Hemp History Week, it became apparent that legislation calling for the removal of marijuana’s non-psychotropic cousin from the confines of Schedule One Controlled Substances may finally have a chance of becoming law. In fact, the most recent incarnation of the Hemp Farming Act is among more than a dozen hemp bills awaiting up or down floor votes in both Houses of Congress. First up, however, is the Agricultural Improvement Act of 2018, which also provides for the removal of hemp from Schedule One by re-defining hemp as a sub-species of Cannabis Sativa L with less than .03 percent tetrahydrocannabinol (THC) distinguishing hemp from “marijuana” and allowing for unrestricted research of its extracts, resins and isolates containing cannabinoids for medical research.

To those of us who know and understand the sinister truth behind the prohibition of hemp in the first place, it came as no surprise that at least one Senator would throw a monkey wrench into the bill by proposing an amendment that would bar the extract of cannabinoids by keeping them in Schedule One. Nor was it a surprise that the effort would be made under either a severe deficit of understanding about the nature of hemp or an intentional derailment to protect the interests of some very powerful corporate lobbies with deep pockets for campaigns such as big pharma, big ag and, of course, oil.

Proposed by Senator Chuck Grassley (R-IA), the purpose of the proposed amendment is “To modify the definition of the term ‘hemp’ and to require the Attorney General to make a determination as to whether cannabidiol should be a controlled substance and listed in a schedule under the Controlled Substances Act and to expand research on the cannabidiol and marijuana.”   Senator Grassley’s proposed amendment seeks to exclude from the definition of hemp “the derivatives, extracts, cannabinoids, isomers, acids, salts and salts of isomers, whether growing or not, of the Cannabis sativa L,” which would render nearly all uses of the crop illegal as it would be impossible to separate any or all of those elements the harvested crop if the goal is to use it for any purpose other than compost. What makes hemp so valuable to American farmers is it versatility for making nearly everything from food and medicine to biofuel and paper, which would contain all of the banned elements.

And to “require the Attorney General to make a determination as to whether cannabidiol (CBD) should be a controlled substance and listed in a schedule” under the CSA also renders the entire provision in the Agricultural Improvement Act an exercise in futility. It’s no secret that the Attorney General is no friend of cannabis and, the D.E.A. has already given CBD its own numerical code in Schedule One during the Presidential transition in January of 2017, keeping it along with any other derivatives already in Schedule One would be a blame-free convenience for him.

Senator Grassley’s amendment also leaves the decision as to whether to allow “a practitioner to conduct research with marihuana” squarely on the Attorney General, which, again, removes the teeth of the provision in the new legislation that opened doors for research. Let’s not forget that this is the same Attorney General who has fought to repeal Obama era liberties pertaining to state medical marijuana regulation and threatened to prosecute “marihuana” offenders despite state laws on multiple occasions. In fact, He has been quietly reversing the clock on marijuana policies since he’s been in office. As recently as January this year, Sessions rescinded policy based on 2011 and 2013 reports issued by then Deputy Attorney General James M. Cole known as the Cole Memos, which, together with an executive order signed by President Obama and budgetary constraints in the 2014 Congressional Omnibus Budget, limited the DEAs scope and authority to prosecute marijuana offenders in regulation states.

Despite scientific evidence to the contrary, Sessions maintains that marijuana is a dangerous drug but, despite millions of lives lost to opiates in recent years, he is proving to be champion for opiate makers, evidenced by the licenses granted last week to six of the largest pharmaceutical companies in the U.S., including Insys, the maker of Fentanyl, to import multiple tons of raw opium, cocaine and marijuana constituents for developing more synthetic pharmaceutical drugs. The notice appears in the May 15, 2018 issue of the Federal Register:

“The DEA has considered the factors in 21 U.S.C. 823(a) and determined that the registration of these registrants to manufacture the applicable basic classes of controlled substances is consistent with the public interest and with United States obligations under international treaties, conventions, or protocols in effect on May 1, 1971. The DEA investigated each of the company’s maintenance of effective controls against diversion by inspecting and testing each company’s physical security systems, verifying each company’s compliance with state and local laws, and reviewing each company’s background and history.” All pharmaceutical applicants were granted registration to import all of the Schedule I and Schedule II drugs they applied to import.”

Asking the current Attorney General to be fair on the issue of hemp constituents is akin to asking the fox to guard the hen house. To think that this added restriction in the Agriculture Improvement Act would be an improvement over current federal law pertaining to hemp, again, shows either a gross lack of understanding, which amounts to ineptitude, or an egregious intent to thwart any research or development of any medical substance that would compete with pharmaceutical campaign donors, which amounts to an abuse of power.

Ignorance of truth that has been aborted by popular misconceptions for a half century is excusable to an extent and reparable with some education. If the latter, there’s little hope for changing their minds or those of their cohorts without some serious public pressure.

That’s where you come in. Those of us who want to see change in federal hemp policy have more power than we think. Our first power is to use our voices — pick up the phone, write letters, make noise in social media urging your Congressional representatives to embrace cannabis policy change or get out of office. We need to speak truth louder than the special interests who would have us silenced. Campaign donors are influential only because winning elections takes money. But it also takes the support of constituents. If they fear for a moment that siding with special interests will result in losing votes, they’ll think twice. Therein is the second power you have should you choose to exercise it — your right vote.

It’s up to all of us to build strength in numbers and let our voices be heard. Sign petitions. Call. Write. Vote.