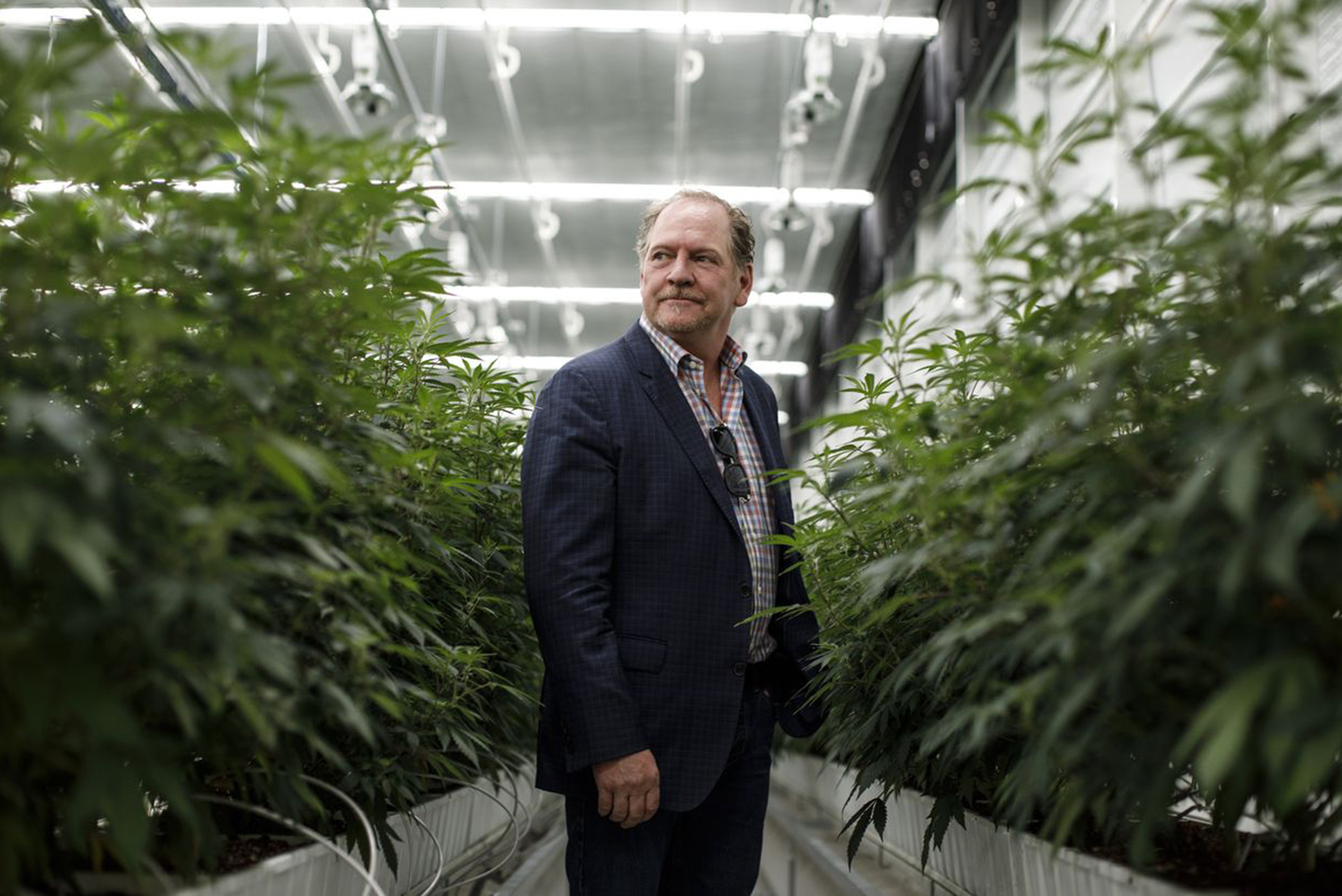 Canadian cannabis companies, Aurora Cannabis and MedReleaf, today announced they have closed what is being called the cannabis industry’s largest “Mega-Merger” creating one of the largest companies serving Canada’s emerging legal market. Headquartered in the densely populated province of Ontario, Aurora has a total of 9 facilities throughout Canada as well as two in Denmark conducting operations in a total of 14 countries. The $2.5 billion (CD$3.21) transaction, which amounts to the world’s most expensive cannabis industry transaction to date, closed an “Arrangement Agreement” between the former competitors.

“The closing of this transaction brings together two vertically integrated, successful pioneers in the cannabis industry, creating a company with more than 1,200 employees and a rapidly growing domestic and international footprint,” said Terry Booth, CEO of Aurora, who explained that combining MedReleaf and Aurora creates one well-capitalized company well-positioned to drive shareholder value through low-cost production of high-quality cannabis products. “We will be applying our proven integration methodology, and will continue to execute to the Aurora Standard in capitalizing on the significant opportunities in the domestic and global cannabis industry.”

“Each of the strategic transactions Aurora has concluded have further advanced our envisioned business strategy of establishing a powerful, integrated and strongly differentiated cannabis company — positioned for continued rapid growth, and built to last. Our large-scale, high technology production facilities, strong science, R&D and product development capabilities, diversified product portfolio, and growing domestic and international distribution networks provide Aurora with significant competitive advantages in both the Canadian and global cannabis markets,” Both added.

Completion of the transaction creates opportunity to consolidate assets, share resources and scale growth by combining MedReleaf’s capacity to produce high volume cultivation yields with Aurora’s cost-efficient production facilities. With a combined funded capacity of more than 570,000 kg of high-quality cannabis per year to be delivered via nine facilities in Canada and two in Europe, management anticipates lower production costs at below $1 per gram to deliver high-margin growth as the company scales growth in domestic and international markets.

Canada’s most awarded licensed producer, MedReleaf Corp. (“MedReleaf”) (TSX: LEAF) is an R&D-driven company, which has focused on developing therapeutic, medical-quality cannabis sourced from around the world and cultivated in one of two state-of-the-art ICH-GMP and ISO 9001 certified facilities in Ontario. By the time the companies began exploring a merger, MedReleaf had already begun developing new adult-use products with plans for a third facility underway to accommodate scaled-up production to meet growing demand of the global medical market clientele and anticipated demands of the adult use market in advance of implementation of legalization in Canada this summer. With the addition of MedReleaf’s three Ontario-based facilities and a combined Ontario workforce of more than 400 people, the transaction now makes Aurora one of the largest cannabis companies in Ontario, the country’s most densely populated province.

A Focus on Science, Research and Development

Aurora and MedReleaf share a common strategy to drive innovations in the form of marketable IP, development of new products and diversified, high-margin operations. Both companies maintain a strong commitment to clinical trials and medical studies, which has led to increased visibility and brand recognition with the domestic and international medical communities, leading to above-average prescription rates and referrals. Aurora and CanniMed, MedReleaf’s completed and in-progress studies and initiatives include a Pharmacokinetics trial, a Phase II cancer pain trial, a Phase III epilepsy trial, an observational chronic pain study, and a study to assess the potential correlation between genetic signatures and cannabis efficacy.

Furthermore, each company has developed considerable expertise in cannabis plant genetics, enabling the development of new cultivars with specific traits for a variety of domestic and international markets, as well as strains optimized for automated cultivation.

In addition to in-house efforts, ongoing innovation will continue to be driven through the identification and integration of high-potential, third-party technologies. According to today’s announcement, “Aurora’s strong execution record in this regard is based on the close collaboration between its R&D and opportunities teams. This function will be further strengthened through the integration of MedReleaf’s business development efforts, adding a robust pipeline of promising opportunities.”

With MedReleaf’s Markham facility, Aurora now has two GMP certified facilities, increasing product availability for higher-margin international markets featuring strong barriers to entry, such as Germany and Italy. Leveraging the distribution and operational capabilities of Aurora’s wholly owned EU subsidiary Pedanios, as well as that of other distribution partners secured by both companies, Aurora is actively targeting market entry into multiple new EU and other international jurisdictions. Each of Aurora’s facilities is built to meet European Union (EU) GMP standards.

In anticipation of Canada’s legal adult consumer-use market, Aurora and MedReleaf have launched a portfolio of premium consumer and wellness brands, including San Rafael ’71, Woodstock, and AltaVie, which were developed based on detailed consumer and marketplace insights and advanced analytical frameworks. The combined entity has multiple provincial-level supply agreements in place, with more in the pipeline with an
expansive network of distribution partners, such as Shoppers Drug Market, Pharmasave and Pharmachoice. Furthermore, through investees such as Alcanna and Choom Holdings, the Company anticipates further expanding its domestic market reach.

Management and Board Changes

Following today’s closing of the Arrangement Agreement, Neil Closner has stepped down as CEO of MedReleaf and during the integration process, Allan Cleiren, Aurora’s Chief Operating Officer, will assume the role of interim-CEO of MedReleaf. In addition, Lloyd Segal, Deborah Rosati and Neil Closner have stepped down from MedReleaf’s Board, while Norma Beauchamp and Ronald Funk have been appointed to Aurora’s Board of Directors. Steve Dobler, President of Aurora, has been appointed to MedReleaf’s Board of Directors.

“On behalf of Aurora and MedReleaf, I’d like to thank Neil and MedReleaf’s Board for their incredible hard work, dedication and support for this transaction,” Booth added. “Under their guidance, MedReleaf has matured into a world-class medical grade cannabis organization.”

What Can Shareholders Expect?

In an article in the Financial Post Mark Rendell wrote, “The combined entity now owns the world’s most extensive medical cannabis portfolio, chalk-full of assets and distribution reach which vault the company into preeminent market position… With no lock-up on the new Aurora shares being issued, there could be a large number of shares coming onto the market in the coming weeks and months.”

MedReleaf’s common stock shareholders will receive a 3.575 common shares of Aurora stock for every share of MedReleaf held. Upon closing of the transaction, Aurora will submit applications with the Toronto Stock Exchange (the “TSX”) and the Ontario Securities Commission (the “OSC”) to delist MedReleaf’s existing common shares and for MedReleaf to cease to be a reporting issuer, respectively.