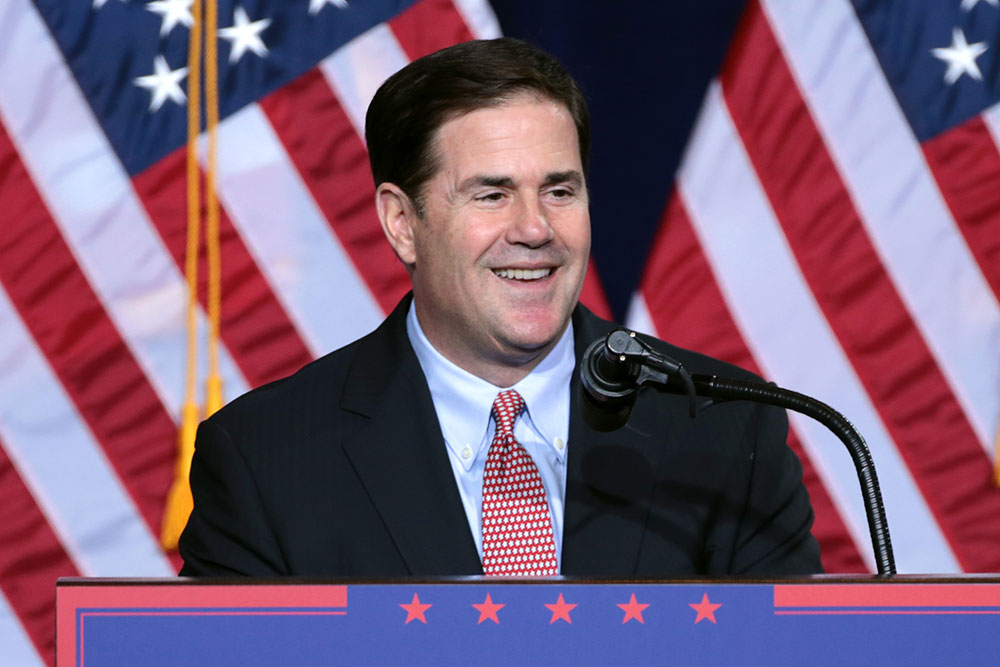 This week, AZ Governor Doug Ducey stopped a bipartisan effort to support a new industry and create jobs for Arizonans. Ducey’s veto of the industrial hemp bill, SB1337, which would have opened Arizona up to industrial hemp cultivation, is the latest example of his flawed mathematics regarding safe and economically viable marijuana policy. In his veto letter, Governor Ducey cited a lack of funding to implement the policy as his rationale, despite the fact that no evidence supports that statement and the new industry would have been an economic boon for Arizona.

“This once again shows that the opponents of safe uses for anything that’s marijuana related are driven by political ideologies that aren’t based in scientific or economic facts,” stated John Hartsell, Chairman of the Arizona Medical Marijuana Action PAC (AMMA PAC). “There is absolutely no evidence which supports Governor Ducey’s reason for this veto and it contradicts his own words about Arizona being ‘Open for Business’. It’s just more of the same fear-mongering aimed at undermining safe and legal uses for marijuana and hemp related products.”

In response to the governor’s veto of the industrial hemp bill, AMMA-PAC is committing itself to an advocacy and education agenda which is more proactive than the one they have already implemented during the first five months of 2017.

“In the less than 72 hours since the veto, we’ve reached over 10,000 people, had approximately 2,300 engagements via social media, and have seen almost 450 people visit the Governor’s contact page through our email network,” continued Hartsell. “And this is just the beginning. Starting next week, we will be coordinating phone banks, letter writing campaigns, and various educational and advocacy events throughout Arizona for the remainder of 2017.”

Additionally, a new Arizona Republic article shows the Governor falsely claimed the 2016 ballot measure to legalize marijuana, Proposition 205, would have been a “net financial loser for our state” during a speech at the Marijuana Education Summit on April 20, 2017 in Atlanta, GA. As The Arizona Republic’s fact checking team points out in an article posted on May 24th (click here to read the article), the Governor’s claim simply can’t be supported by the facts.

“Enough is enough. We will not stand idly by while our opponents perpetuate false myths about the marijuana industry,” concluded Hartsell.

This article first appeared here. The Arizona Medical Marijuana Association is a Patients First organization seeking to deliver greater access to certification to legally purchase and possess medicinal cannabis. Our organization works closely with patients, dispensaries, ancillary services, and products to ensure all points of view are adequately represented at Arizona’s legislature.