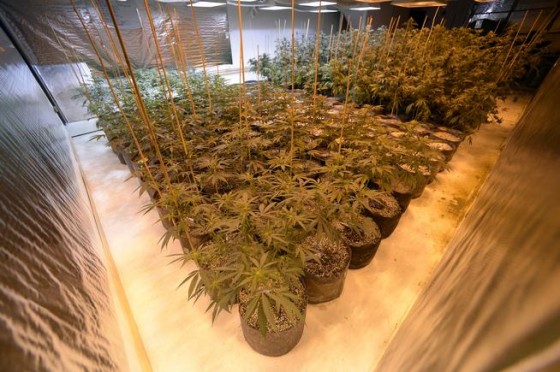 The sponsor of a failed Denver City Council proposal to set marijuana industry caps has refiled the bill with a concession aimed at attracting more support.

Councilwoman Robin Kniech’s proposal is aimed at prohibiting new locations for pot shops and grow houses. Its new provision, the result of negotiations with Councilman Kevin Flynn, gradually would ratchet down the number of grow houses by 15 as existing locations close.

Besides setting location caps, Kniech’s proposal would end licensing for new medical marijuana dispensaries or grows. It also would add new restrictions on where cultivations and stores could open or relocate, protecting some of the most industry-saturated neighborhoods.

There would be no location caps for edibles manufacturers or testing labs.

An earlier consideration of that bill resulted in a 6-6 deadlock in a 1 a.m. vote Tuesday.

Though Flynn said the compromise is “substantially less than I wanted,” he says he probably will vote in favor when the bill is introduced. The proposal needs seven votes to advance to a final vote April 25 — less than a week before the May 1 expiration of a temporary city moratorium that has barred new entrants in the medical and recreational marijuana markets.

“There has been constant communication among the council,” Kniech, an at-large member, said Friday. “We’ve found a few places where council members were seeking additional factors (and) we’ve been able to accommodate those in the draft,” including two amendments that prevailed last week.

“We are hopeful the support for the bill will continue to grow,” she added.

Bill supporter Stacie Gilmore, absent for the vote that resulted in a deadlock, expects to attend. That could give the bill more breathing room.

Gilmore said: “I hope that by the time these things get filed or are presented on the floor night, we’ll have a better proposal for all of us to look at and debate, and hopefully to move something forward,” with more than a bare majority.

Besides Kniech’s bill, the only competing bill on file is a fail-safe measure filed by Kendra Black. It simply would extend the moratorium a month if the council fails to pass permanent rules.

Other council members who still differ with Kniech’s approach could propose amendments on the floor.

Flynn, who represents southwest Denver, has broken with some opponents who don’t want the city to process pending license applications for dozens of new stores and grows. But he has maintained that Kniech’s caps shouldn’t just reflect the status quo after the city adds any pending locations.

The concentration of grow houses in industrial pockets near low-income and high-diversity neighborhoods is a consequence of zoning and Denver social history, a fact that has complicated the council’s regulatory efforts.

“That’s not something we can change, but we can try to disperse (grow houses) more,” Flynn said. He called Kniech’s new bill “a step in this direction.”

Flynn had filed a competing proposal. It would have set the location caps for stores, grows and the combined total at 10 percent below what exists this spring, resulting in more significant reductions over time. He tried to build support among colleagues, even lowering his target from 15 percent.

He withdrew his proposal just before Thursday’s filing deadline.

Besides his conversations with Kniech, he also was resigned to the realization, he said, that “I didn’t think I could get seven votes.”

Kniech’s new provision says that for every two cultivation locations for which licenses are revoked or surrendered to the city, only one will be available for replacement in an annual new license lottery, until a net decrease of 15 results.

No similar ratchet-down provision would apply to stores.

The city has 210 active retail or medical grows, 146 dispensaries and 64 locations with both.

The combined total of 420 locations could increase to 467 if all pending applications for those new locations win approval.