Worth the Money: The High Value of Social Justice, Diversity & Women in Cannabis 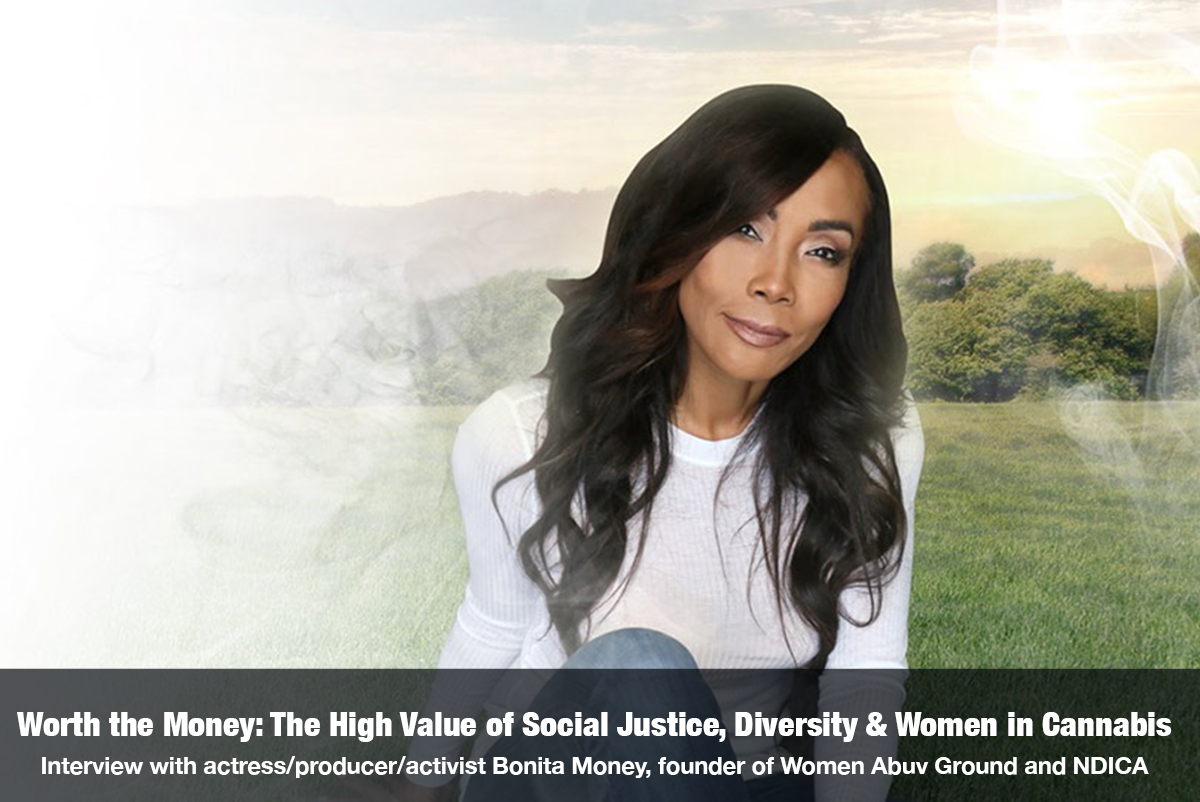 Our founding fathers established a broad framework for our democracy to preserve a balance of power in government and protect our inalienable rights to life, liberty and pursuit of happiness. While the authors might have had noble intentions based on conventional wisdom at the time, the liberties granted under Constitutional law were limited to Anglo men, to the exclusion of women, native American people and slaves of African descent. Over time, Constitutional amendments have managed to equalize protection under the law, but not without a great deal of sacrifice.

It took a civil war to abolish slavery and relentless protest after World War I to establish suffrage for women. Thousands of African Americans sacrificed their lives in World War II before they were ever allowed to vote. Thousands more were tortured and killed by white nationalist or unjustly persecuted by law for daring to challenge segregation before Martin Luther King was murdered for pursuing a dream that would disrupt the status quo.

Over the last 50 years, laws have become more and more inclusive, thanks to tireless activism that has led to Congressional measures and Supreme Court precedents barring discrimination on the basis of race, religion, disabilities, age, gender, sexual preference and political persuasions. But despite the progress, an underpinning of racism and cultural bias still influences nearly every aspect of American life.

Nowhere is this more evident than in our criminal justice system.

It is no accident that prohibition has disproportionately targeted minorities. Several decades after the racially-charged Reefer Madness campaign demonized marijuana, the War On Drugs originated as Nixon’s nefarious plot to suppress left-leaning votes by enacting the Controlled Substances Act. Since then, more than 22 million people have been incarcerated for non-violent marijuana offenses. Whereas white people were as likely as people of color to use illicit marijuana, minorities were four times more likely to go to prison. Even now that most states have either decriminalized or legalized cannabis, minorities are still being targeted and comprise the majority of marijuana offenders still serving time in states where marijuana is legal. That’s the topic of today’s show and something our guest Bonita Money is working to change.

Bonita “Bo” Money’s career began behind-the-scenes in the Hollywood film industry and she has since worked with some of the biggest names in the movie business. Despite having success as a young, up-and-coming producer, she constantly encountered barriers that are common to women and minorities and found herself fighting for equal pay, respect and a network of like-minded women. She immersed herself in the cannabis industry after discovering that a topical cannabis salve she helped to formulate would the life of one of her best friends who had a lethal bacterial infection that resisted antibiotics. As co-founder of That Glass Jar™ she developed the powerful cannabis-infused topical cream for consumer use and brought it to market. As a female of ethnic origins learning to succeed in an emerging industry mired in legal ambiguities, she realized that the same barriers she encountered in the film business also existed in the cannabis industry. These experiences inspired her work as co-founder of Women Abuv Ground, a networking organization that opens doors for women of color aspiring to become cannabis entrepreneurs and provides the resources and connections necessary to navigate the tricky legal complexities of the cannabis market. She is also co-founder of the National Diversity Inclusion & Cannabis Alliance (NDICA), which helps people victimized by the War On Drugs who were incarcerated for non-violent marijuana offenses to expunge their felony records and gain economic opportunity in the legal cannabis industry.