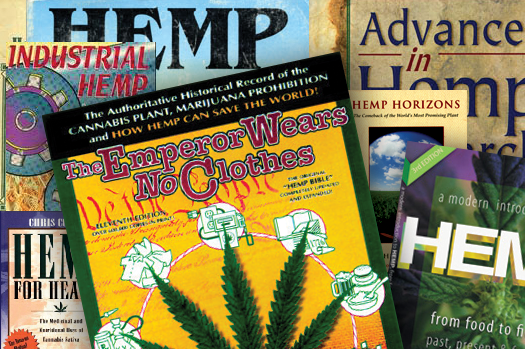 There is a lot to digest when it comes to the topic of hemp. Until recently, not much outside of academic white papers had been written on the topic since the U.S. Government made hemp farming illegal in the 1930s. We sorted through volumes of information and found only a handful of books on hemp that provided reader-friendly facts, insights, practical wisdom, anecdotes and arguments about the social, environmental, political and economic implications and consequences of its prohibition. 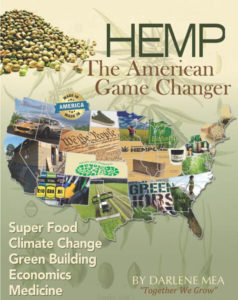 A concise but comprehensive collection of hemp-related history, facts, and reports drawn from a myriad of sources is packed into this 25-page e-book by Darlene Mea, editor of Hemp Nation Magazine. Intended to serve as educational material, Mea’s passion for exposing the potential of hemp to be a “game changer” makes this textbook anything but dry. Her conversational writing style ensures the facts she presents are easy to understand.

HEMP – The American Game Changer more than aptly conveys the importance of resurrecting hemp as a critical source of medicine, biofuels, textiles, paper, building materials, food and more as an economic, environmental and humanitarian call to action. Published by Hemp Nation Magazine, the e-book is available for free at hempnationmagazine.com.

This collection of research papers written during 70s, 80s, and 90s gave the hemp constituency its first glimpse of historical facts. First report published in 1973, and volume published in 1991 by Solar Age Press. Available by calling 847-516-8035. 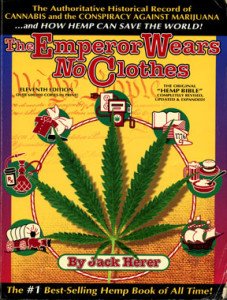 The Emperor Wears No Clothes by Jack Herer

Considered the “Emperor of Hemp,” Herer was a big believer that reversing hemp prohibition would save our country and dedicated the last 35 years of his life educating people and advocating for an end to prohibition. The first-draft galleys of this book were written from prison while serving time for civil disobedience. Contrary to popular belief, Herer had never advocated for recreational marijuana. Due to widespread ignorance about hemp, he was rarely taken seriously and falsely maligned with the anti-establishment, pot-smoking “hippies.” In this groundbreaking book, he exposes ulterior motives of big business and government leading to and perpetuating hemp prohibition. He lobbied to call attention to the absurdity of mislabeling hemp as a Schedule 1 narcotic and protested against the injustice of Congress enabling special interests to take hemp farmers out of competition with producers of paper, fuel, food, cellulose and textile producers. Sadly, Herer died in 2010, long before he could realize his life-long dream. He certainly deserves recognition for being one of the first to risk his life for the noble cause. First published in 1985 with 12 reprints since by Ah Ha Publishing, The Emperor Wears No Clothes is available online at www.Amazon.com. We also recommend viewing “The Emperor of Hemp” documentary about Herer’s crusade for legalizing hemp.

This collection of research papers written during 70s, 80s, and 90s gave the hemp constituency its first glimpse of historical facts and differentiated hemp from its psychotropic cousin marijuana. First report published in 1973, and volume published in 1991 by Solar Age Press. Available by calling 847-516-8035.

Roulac chronicles the history of hemp production and uses beginning with the first evidence of use in ancient China and Europe up to modern industrial age in the U.S. The historical accounts include industrial inventions like the decorticator machine, its application in early automotive manufacturing and governmental campaigns to boost production, which led to victory in WWII. First published in 1995 by Hemptech, this book was printed on hemp paper. www.Nutiva.com.

Hemp for Health by Chris Conrad

Hemp for Health contains information concerning the food and healing properties of cannabis sativa L derived from both the industrial hemp and marijuana varieties of the plant. First published in 1997 by Healing Arts Press. It is available at www.Amazon.com. 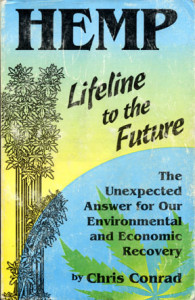 Hemp: Lifeline to the Future by Chris Conrad Hemp

Lifeline to the Future offers a detailed look into the history of hemp, its industrial uses and potential to create a sustainable future. In practical terms, this book examines benefits of hemp on our air quality, soil, water conservation and public health. Hemp: Lifeline to the Future also emphasizes the economic and environmental advantages of ending prohibition and provides documentation that supports his position that hemp has potential to free our nation from economic crisis and debt. Published in 1994 by Creative Xpressions Publications. Distributed by BACH at www.equalrights4all.org.

Hemp Horizons: The Comeback of the World’s Most Promising Plant by John W. Roulac

Roulac provides hope for tomorrow as he covers every aspect of industrial hemp farming and what it could mean to the world economy, the environment, the farmer, and everyday life. Published in 1997 by Chelsea Green Publishing Company. 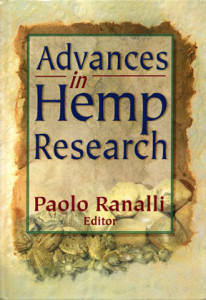 If you don’t have a degree in agronomy or familiarity with technical agricultural terminology then this book may be a difficult read, but it contains a factual case studies of hemp farming in Europe along the lines of a white paper. Of all the books on hemp we found, this study presents some of the most comprehensive and compelling arguments in favor of legalizing hemp, particularly when used to draw side-by-side comparisons with unsustainable farming practices of BT Cotton and dangers of GMO food crops grown for biofuel and feedstock. Published in 1999 by Food Products Press, Advances in Hemp Research is an imprint of The Haworth Press, Inc.  www.HaworthPress.com.

A Modern Introduction to Hemp: From Food to Fiber by Paul A. Benhaim

Benhaim shows all aspects of hemp foods, the health benefits, and nutritional values with diagrams of protein content, fiber, essential fatty acids. Published in 2003 by Paul Benhaim and available for purchase by emailing the author at paulb@hemp.co.uk.

Editorial Note: First printed in 2010 in AZGreen Magazine, this compilation of short reviews has been and will continue to be updated as more books on hemp become available.