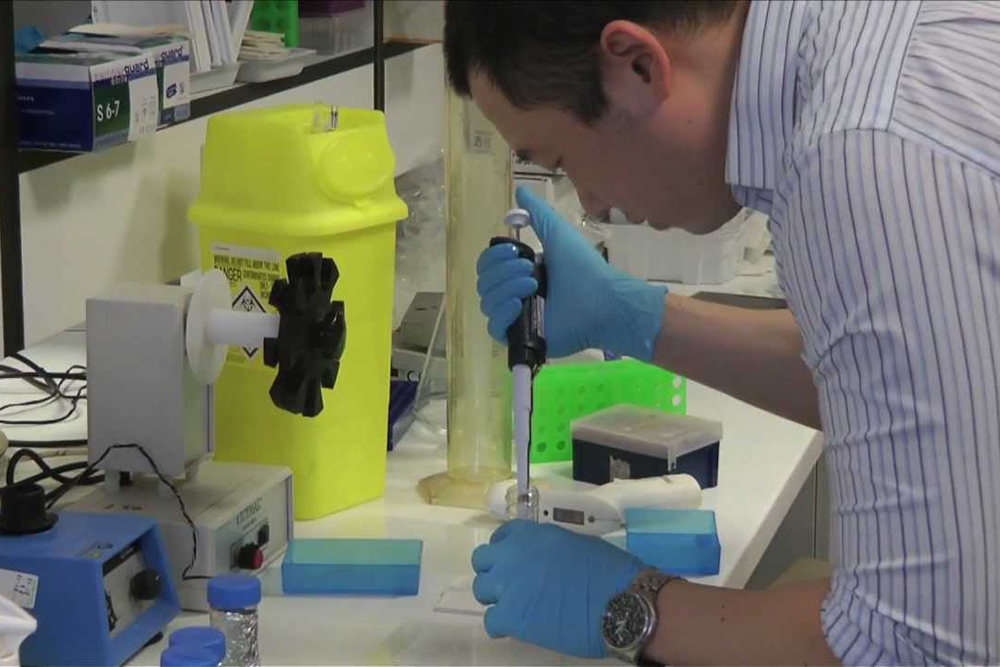 Researchers at St George’s, University of London Department of Oncology, Institute for Infection and Immunity released findings of their study on the effects of phytocannabinoids used in combination with chemotherapy on leukemia cells with promising results. The groundbreaking study shows evidence that cannabinoids kill leukemia cells when combined with chemotherapy.

In a recent episode of The Cannabis Reporter Radio Show, cancer patient advocate Mara Gordon discussed the growing network of medical practitioners, cultivators and formulators who are independently working with cancer patients to help them determine the best formulations and doses for their conditions. According to Gordon, there is plenty of anecdotal evidence that, combined with chemotherapy, cannabis can not only help patients stem the side effects of treatment, it can also enhance the body’s own natural defenses. Other anecdotal evidence that cannabis is helping mesotheleoma patients is reported by Mesothelioma.Net and a host of other cancer patient forums.

The St. George’s study is the first to confirm that conventional cancer treatments, when combined with cannabinoids, kill leukemia cells more effectively. “Researchers looked at cancer cells in the laboratory, trying different combinations of cannabinoids against leukaemia cells. They tested whether existing chemotherapy treatments worked effectively alongside the cannabinoids, and whether using the drugs in a different order had an effect.”

In an article by St. George’s University of London, Dr Wai Liu, the leader of the study said: “We have shown for the first time that the order in which cannabinoids and chemotherapy are used is crucial in determining the overall effectiveness of this treatment.”

Due to federal limitations to conducting studies on cannabis, which is still considered to be a DEA Schedule One drug, clinical studies examining cannabinoid’s impact on cancer were limited to those conducted in laboratories. One laboratory study with mice found that cannabinoids given along with chemotherapy may make the traditional cancer treatment more effective. Another study showed that cannabinoids could slow and stop tumor growth in mice and rats. Another study conducted by the Shanghai Institute of Hematology found that cannabinoid receptor 2 suppresses leukocyte inflammatory migration. In yet another study, cannabinoids killed breast cancer cells while having no effect on healthy cells in a laboratory cell culture.

The St. George’s study, which is now available for sale at Spandidos Publications, was originally published by International Journal of Oncology in the July 2017 issue.

Abstract: Anticancer effects of phytocannabinoids used with chemotherapy in leukaemia cells can be improved by altering the sequence of their administration

Phytocannabinoids possess anticancer activity when used alone, and a number have also been shown to combine favourably with each other in vitro in leukaemia cells to generate improved activity. We have investigated the effect of pairing cannabinoids and assessed their anticancer activity in cell line models. Those most effective were then used with the common anti-leukaemia drugs cytarabine and vincristine, and the effects of this combination therapy on cell death studied in vitro. Results show a number of cannabinoids could be paired together to generate an effect superior to that achieved if the components were used individually. For example, in HL60 cells, the IC50 values at 48 h for cannabidiol (CBD) and tetrahydrocannabinol (THC) when used alone were 8 and 13 µM, respectively; however, if used together, it was 4 µM. Median-effect analysis confirmed the benefit of using cannabinoids in pairs, with calculated combination indices being <1 in a number of cases. The most efficacious cannabinoid-pairs subsequently synergised further when combined with the chemotherapy agents, and were also able to sensitise leukaemia cells to their cytotoxic effects. The sequence of administration of these drugs was important though; using cannabinoids after chemotherapy resulted in greater induction of apoptosis, whilst this was the opposite when the schedule of administration was reversed. Our results suggest that when certain cannabinoids are paired together, the resulting product can be combined synergistically with common anti-leukaemia drugs allowing the dose of the cytotoxic agents to be dramatically reduced yet still remain efficacious. Nevertheless, the sequence of drug administration is crucial to the success of these triple combinations and should be considered when planning such treatments.   Citation: Scott, K.A., Dalgleish, A.G., & Liu, W.M. (2017). Anticancer effects of phytocannabinoids used with chemotherapy in leukaemia cells can be improved by altering the sequence of their administration. International Journal of Oncology, 51, 369-377. https://doi.org/10.3892/ijo.2017.4022