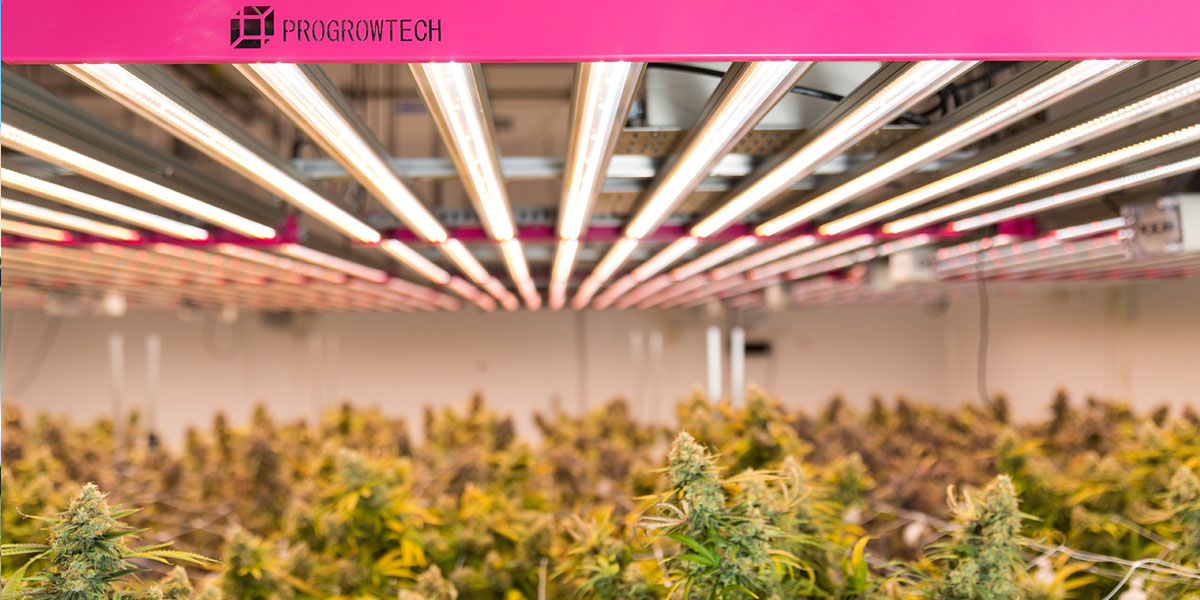 It’s a fact: growing cannabis indoors consumes vast amounts of electricity. Indoor cultivators run powerful lights for several hours per day to mimic the sun’s intensity and, in some cases, these lights are even more intense than what is found in the natural world. The requirement for constant and high-quality light results in ballooning electrical usage, and because electricity in several states is still mostly derived from coal-powered plants, a massive carbon footprint to match.

There are several reasons cannabis professionals choose to grow indoors.

As it stands, cannabis is still unavoidably energy-intensive. With a stubborn, nationwide dependency on coal, any light we turn on will be associated with carbon emissions for now. However, this reveals an opportunity for innovation to step in where policy hasn’t.

The cannabis industry has already revolutionized the way we think about medicine — it also has the potential to change how we think about horticulture. Because of indoor growers’ heavy reliance on lighting to replace the sun’s energy, one of the most effective ways to reduce your facility’s carbon footprint while still maintaining crop quality is to install LED lights. With that said, not all LEDs are the same.

Of course, different states are going to have varying consumption based on legalization and business capabilities, but the information provided by Boulder County illustrates just how much energy indoor cannabis facilities can potentially consume: a lot. And as demand for cannabis grows, electrical consumption is going to increase with the industry. Relying on outdated technologies and methods doesn’t only result in a large carbon footprint, but an expensive electrical bill, too.

Research Supports LEDs as the Most Sustainable Option

Growers can reduce their emissions and see lower costs over time by installing efficient LED lights. According to the Environmental Protection Agency, “LEDs offer the potential for cutting general lighting energy use nearly in half by 2030, saving energy dollars and carbon emissions in the process.”

Further, a study released in early 2018 by the Department of Energy found LEDs have vast potential for indoor horticulture as a whole. All three categories of indoor grows were considered: greenhouses, where LEDs were used as supplemental lighting, non-stacked indoor farms and vertical farms with multiple tiers.

LED lights bring numerous other benefits to the grow space, lessening the facility’s impact and lowering associated costs. Among these include a much cooler operational temperature than other lighting options such as high-pressure sodium (HPS) lights. Without excessive heat emitted by bulbs, growers can reduce the power allotted to energy-intensive environmental controls like air conditioning.

Installing LED lights is only the first step eco-conscious growers can take toward truly “greening” their grow facility. They also need to take full advantage of the capabilities only some LEDs bring to the table, while also employing cutting-edge tactics. This combination of finding the right LEDs and utilizing them in the right ways can reduce a grow facility’s carbon footprint even more — and potentially boost potency and yields.

Firstly, ensure the LEDs you decide to purchase are built with durability and efficacy in mind, like those from ProGrowTech. Both of our lines, EV and Monarch, are leading the industry in terms of quality and longevity.

Next, growers can examine their day-to-day processes, finding areas to cut down on electricity use. More studies are highlighting cannabis plants’ need for intense light, but also at the right spectrum through each stage of plant development.

In 2016, California legalized recreation marijuana with Proposition 64, as one of the largest markets in the world to do so.

California legislators also were attuned to the growing concern about indoor cannabis cultivation’s impact on the environment and its vast electrical consumption. So, in 2018, legislators banned the use of HPS bulbs at cultivation sites. According to the California Energy Commission, “New lighting technology has become more efficient than old-fashioned incandescent bulbs. Approximately 90% of the electricity used by traditional incandescent bulbs is wasted as heat instead of visible light. Replacing traditional incandescent light bulbs with more efficient halogen, compact fluorescent bulbs (CFL) or light-emitting diode (LED) bulbs will save consumers money while still offering same amount of light.”

In essence, LEDs are the leading lighting technology on the market for growers who want less work, fewer carbon emissions and more savings. If we want to see the cannabis industry continue to expand, we also need to demand sustainable, conscientious choices that are good for the grower, the consumer and the earth.