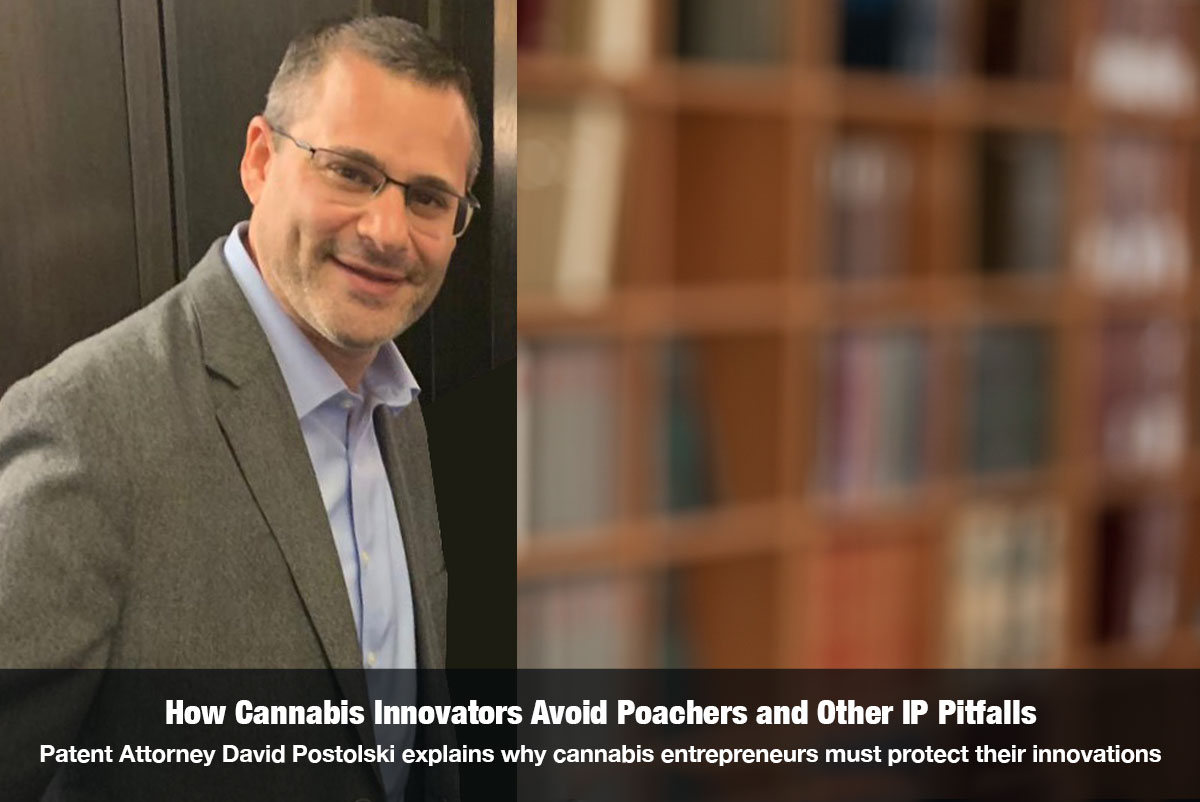 Ever since California legalized cannabis for medical use in 1996, mom and pop cultivators, formulators and product makers have been developing innovative formulations and cross-breeding strains to create new cannabinoid profiles targeting a variety of medical conditions. As the industry was operating legally in states despite the vexing federal prohibition, these innovators had a unique opportunity to name their new varietals, which publications like Leafly would eventually catalogue along with each strain’s cannabinoid and terpene profiles, potency and intended medicinal effect. One of the more notable is Charlotte’s Web, developed in Colorado by the Stanley brothers for a pediatric epilepsy patient named Charlotte.

At the time, Since legal cannabis was limited to only a handful of states, the threat of competition by large pharmaceutical companies or outside influence was practically non-existent.

So, when cannabis industry pioneer Steve DeAngelo began warning entrepreneurs and innovators about the importance of protecting everything they create decades ago, not everyone listened. During a keynote address at an early industry event he urged stakeholders to get lawyers on board as a first order of business and said, “If you don’t have that relationship with a good IP attorney, you’re going to make a whole lot of other people very rich.”

The sad truth is that there were companies working quietly behind the scenes developing their own cannabis-based drugs and locking down patents. While the Stanley Brothers were first on the market with a strain of CBD they developed to treat a little girl’s epilepsy, GW pharmaceuticals later became the first to receive FDA-approval for the use of CBD for treating epilepsy, which rendered the development and sale of all other CBD products intended for epilepsy, and other medical conditions, off limits. GW has since filed nearly a dozen patents, which no doubt will overlap with earlier innovations developed by entrepreneurs who failed to heed Steve DeAngelo’s advice.

Fortunately, Charlotte’s Web survived without threat of infringement, but mostly because the Stanley brothers sought legal support from an experienced patent attorney, David Postolski. He joined us from Israel to explain how cannabis innovators can best protect themselves and their intellectual property in today’s ever more competitive market.

David Postolski, a partner at Gearhart Law, is a registered patent and Intellectual Property attorney with more than 17 years’ experience in the cannabis IP space. His practice is focused on assisting inventors, creatives, entrepreneurs and companies protect, enforce and monetize their intellectual property. protection, enforcement and monetization. David is also a Professor at Temple University and Parsons School of Design where he teaches master level students about IP, ethics and other regulatory considerations in business ventures and product design. David is the current Continuing Legal Education (CLE) Officer of the American Bar Association Section of Intellectual Property Law and founder of their International Action Group and editor of their monthly newsletter. David is a frequent speaker and author on intellectual property issues pertaining to emerging technologies and has advised clients in the cannabis sector for more than a decade. I should note, he will also be speaking at the upcoming CBD Expo in Las Vegas this coming weekend. Today, he’s joining us from Israel, where he has been living. David, thank you so much for joining me. I’ve been looking forward to this conversation.

If not for the generosity of our partners and sponsors, we wouldn’t be here! We’d first like to express gratitude for our radio sponsors Blue Mountain Energy and Cannasphere Biotech. We are grateful! Many thanks go to Erik Godal for our theme “Evergreen.” We’d also like to shout out to XRQK Radio Network and Society Bytes Radio Network for broadcasting our show and Cannabis Radio for helping us spread the word online. Be sure to check out the USA CBD Expo in Las Vegas February 13-15! David will be speaking about Intellectual Property and Patent Protection for cannabis innovators.