How to Set Precedents in Cannabis Law: Throw the Book at the DEA 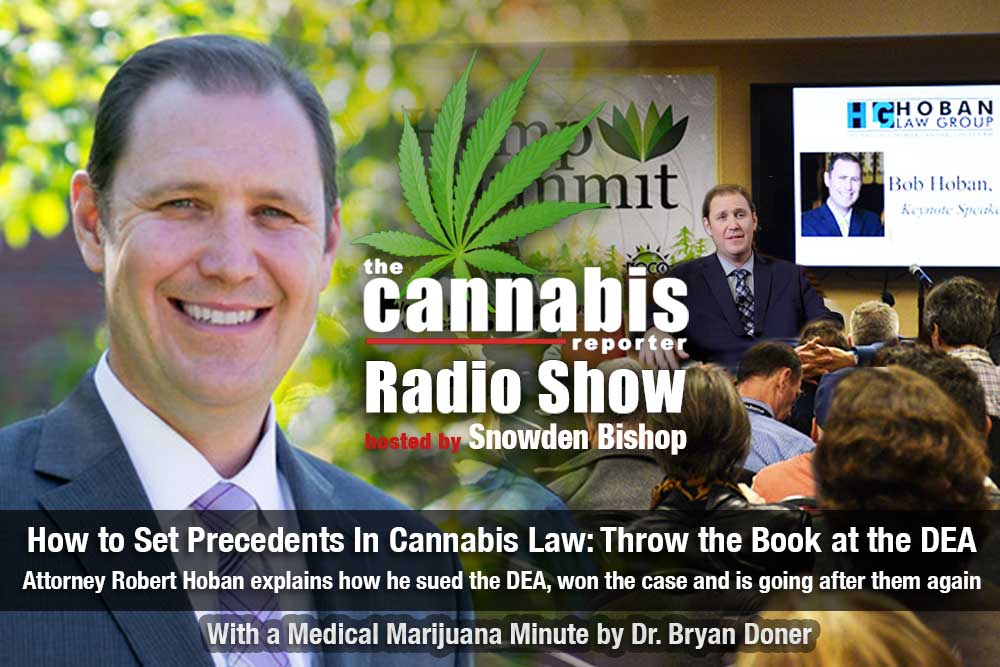 If you joined us last week, you heard our interview with Professor Robert Mikos, the author who wrote the first university textbook dedicated to cannabis law. We discussed the legal ambiguities that make it difficult for even the most seasoned lawyers to defend marijuana offenses and the ever-increasing gap between state and federal laws making it more difficult for the DEA to prosecute offenders.

We also discussed the DOJ’s recent efforts to undermine state regulation despite assurances from the previous Administration that limited DEA intervention in regulation states and confusion caused by assigning CBD its very own numerical code among Schedule 1 Controlled Substances earlier this year.

While that ruling made a lot of patients and CBD producers very nervous, the ruling had no adverse impact. The reason is that a courageous attorney had already thrown the proverbial book at the DEA in a landmark case that permanently slammed it shut by the 9th Circuit Court of Appeals.

The case, Hemp Industries Association v. DEA, which won on appeal, established a permanent ruling that superseded existing federal cannabis law, which outlawed all forms of cannabis including hemp CBD.

The courageous attorney who won the case, Robert Hoban, a specialist in cannabis law, told us all about that and other cases in today’s interview.

Attorney Robert Hoban is Managing Partner of Hoban Law Group. As an AV Preeminentrated attorney specializing in marijuana law, he offers comprehensive consulting, management, regulatory, and product solutions services for the entire commercial cannabis industry. As a professor at the University of Denver in the Law and Society Program, he regularly gives instruction on cannabis and hemp related legal and policy topics. Bob also teaches government regulations, public policy and research-based policy courses. In 2016, Bob was selected as a member of the Boulder Colorado inaugural Marijuana Policy Advisory Committee and asked to serve on the Colorado Department of Agriculture’s Industrial Hemp Advisory Committee. Bob was involved as a drafter of Colorado’s marijuana regulatory legislation. He has worked with numerous state, local, and international governments in developing both marijuana and industrial hemp regulations – and has drafted over 30 bills for the Colorado General Assembly.

If not for the generosity of our supporters, we wouldn’t be here! We’d first like to thank our sponsors Hemp Meds and Healthtera. We’d also like to shout out to our producer, Ed Vanderlee at Star Worldwide Networks, Erik Godal, the composer of our theme “Evergreen,” Steve Webb at XRQK Radio Network and Dr. Bryan Doner for the Medical Marijuana Minute and Compassionate Certification Centers for helping us spread the word. We are grateful!