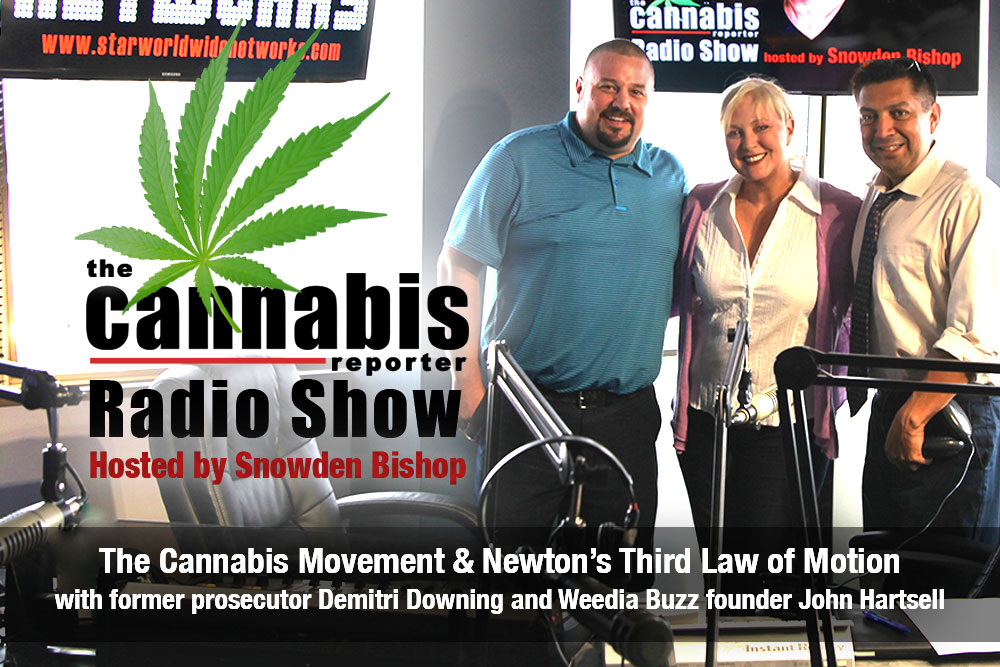 The cannabis movement is an ever-changing evolution of discoveries. What was thought to be truth yesterday, most likely won’t bode true tomorrow. But there seems to be one constant having to do with the physics of motion. Let me explain.

Like a locomotive at a dead stop, it took a while for the cannabis movement to get rolling. In the last 10 years it has made strides. Like true pioneers, early advocates have managed to forge ahead without getting derailed by the opposition. With millions of believers now on board, the marijuana movement is running full steam ahead.

If you have ever studied physics, you’re most likely well aware of Newton’s third law of motion: for every action there is an equal and opposing reaction. It seems at every milestone reached by the pro-cannabis lobby, the anti-marijuana lobby is driving its own bandwagon with equal force in the opposite direction. Opponents continue to proliferate the notion that legalization will somehow lead our society into a tunnel of doom, despite the mounting evidence that the benefits of regulation far outweigh benefits of prohibition. By now it’s apparent that Reefer Madness was engineered as a ploy to enrich a handful of robber barons. It also seems that a handful of powerful lobbies and policy makers have gone to great lengths to stop federal marijuana reform in its tracks.

With states embracing marijuana reform, and more to follow suit in the near future, it’s only a matter of time before Federal lawmakers realize the cannabis movement is unstoppable. We’re beginning to see light at the end of the prohibition tunnel. But how do we know it’s not the oncoming train?

That is the first question we asked today’s guests, right after the Marijuana Minute news update by Nate Nichols.

Demitri Downing is a former prosecutor and defense attorney who has seen his fair share of injustices related to marijuana prohibition. Once opposed marijuana legalization, he now advocates for responsible regulation as a lobbyist, philanthropist and entrepreneur. As a public policy consultant and lobbyist at PolicyQuake and business advisor at Turin Capital, Demitri supports entrepreneurs entering the business of cannabis and is helping to shape perceptions among policy makers and their constituents.

John “Harts” Hartsell is a co-founder of WeediaBuzz, a publication that features original and curated content and videos related to the marijuana movement. He is also a producer and host of Weekends with Harts on WeediaTV, a new reality series exploring canna-friendly destinations in Arizona. As a media professional with a broad knowledge about the cannabis industry, culture and issues pertaining to policy, perceptions and trends, he is committed to educating the public about the merits of marijuana reform.

We’d like to shout out special thanks to our listeners and guests, our producer Windy West at Star Worldwide Networks and to songwriter/composer, Erik Godal of Castle Creek Music for our theme song, Evergreen. We welcome your feedback and invite you to join us. If you’d like to suggest a topic or guest, or if you’d like to sponsor our show on radio nationwide, please let us know at publisher@thecannabisreporter.com.