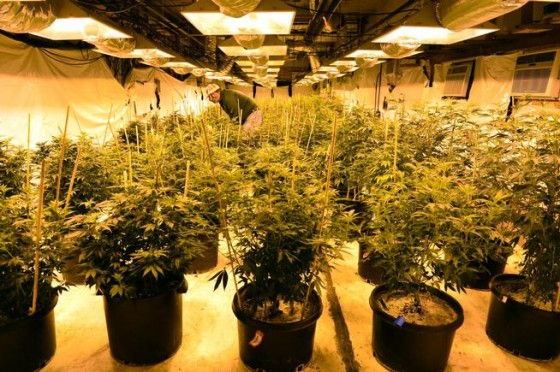 The states of Nebraska and Oklahoma are trying again to overturn marijuana legalization in Colorado, this time by asking to intervene in an ongoing court case.

Last month, the U.S. Supreme Court dismissed a proposed lawsuit brought against Colorado by the two states, leaving the states without a court to hear their complaints. Earlier this month, Nebraska and Oklahoma responded by asking to be added to a case at the 10th U.S. Circuit Court of Appeals in Denver.

That case is the consolidation of two separate appeals filed by legalization opponents whose lawsuits were dismissed by a lower court. Nebraska and Oklahoma’s motion means that all of the ongoing challenges against Colorado’s legalization of marijuana have, for the moment, merged into a single court case.

Since Colorado became the first state in country to allow licensed stores to sell marijuana to anyone over 21 years old, the state has faced a barrage of lawsuits seeking to shutter the stores. So far, none have succeeded.

One lawsuit was brought by a group of county sheriffs and another was brought by the owners of a rural property next to a marijuana grow. In both cases, the plaintiffs — backed by national anti-legalization organizations — argued that federal laws criminalizing marijuana should override state law. Federal trial-court judges in Colorado dismissed both earlier this year, prompting the appeals, which were later consolidated into a single case.

Earlier this month, the attorneys general in Nebraska and Oklahoma filed a motion asking to intervene in the appeal.

“[T]his is an exceptional case involving an imperative reason for intervention,” lawyers for the two states wrote in their motion.

Nebraska and Oklahoma argue that marijuana legalization in Colorado violates their sovereignty and requires them to spend more money arresting, jailing and prosecuting an increasing number of people caught bringing pot into their states. By not allowing them to participate in the case, the two states say the appeals court, “may effectively decide Nebraska and Oklahoma’s claim before it has the chance of being litigated in front of any court.”

In a response filed last week, the county of Pueblo — which is named as a defendant in the property owners’ suit — opposed Nebraska and Oklahoma’s intervention.

There is no timeline for the 10th Circuit judges to make a decision on the states’ motion.