How Compassionate Care is Transforming the Field of Medicine 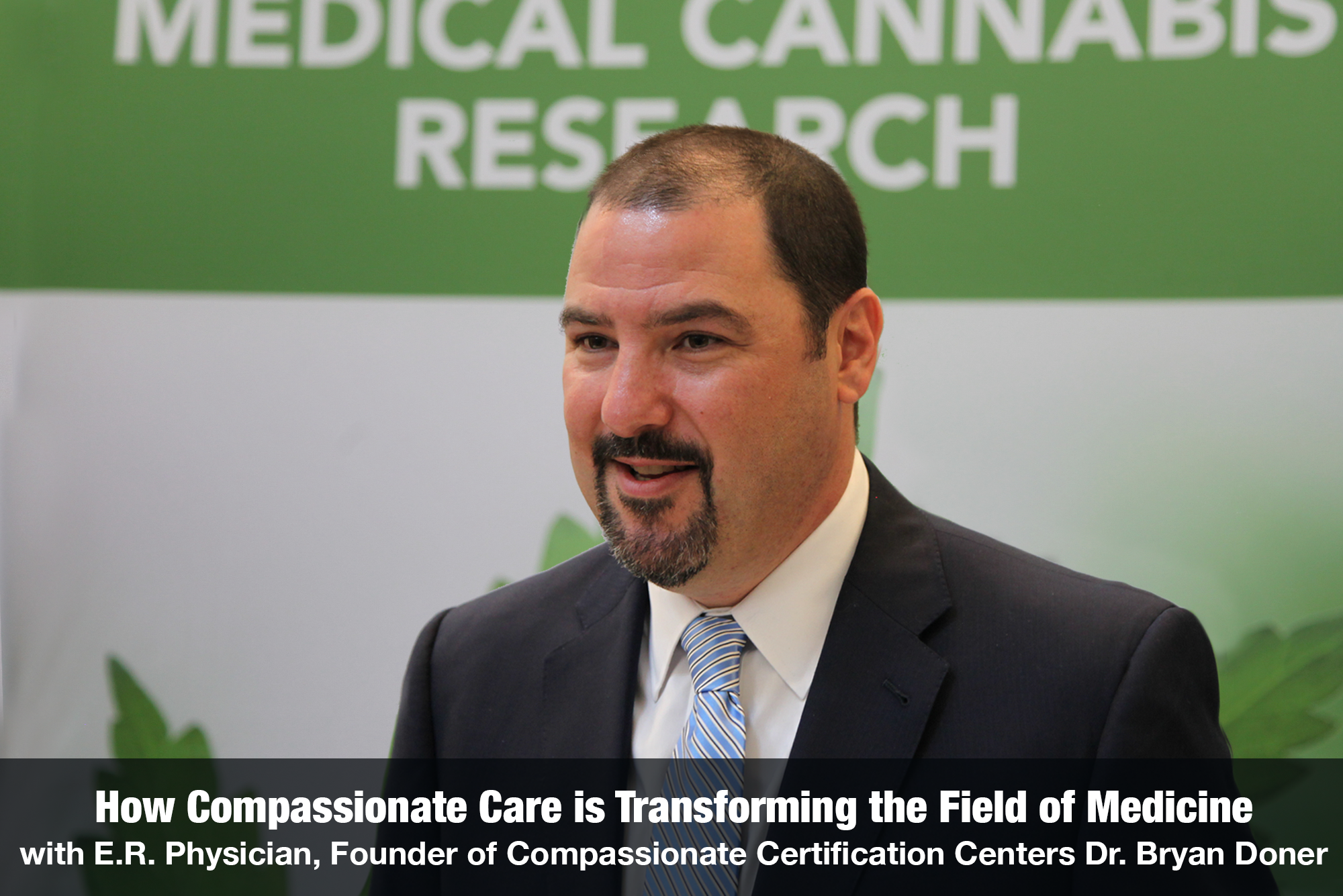 If you were with us for last week’s episode, we thank you for indulging us the opportunity to talk about something as serious as the suicide epidemic. The topic is closely related to the opiate epidemic and the potential for cannabis to address both seem left out of the conversation in mainstream media, even though it could serve to soften the blow on many fronts. It’s a compassionate remedy for much that ails us in this country.

There is a common denominator to the spiral of shocking events topping the news cycles these days: much is caused by the lack of compassion. It’s hard to fathom how American leadership has lost its moral compass. Have we been so desensitized by the barrage of shocking news that we accept it as a new normal?

Members of the media would be doing a disservice to the American public to ignore our societal misgivings. Doing so can only perpetuate denial and, in a way, give it credence.

That said, it’s also vitally important that we don’t ignore good news – or stories that inspire us to do better as a society. Since they are often trumped by shocking news, they don’t get as much coverage as they should.

One of the reasons it’s such a pleasure to cover the cannabis movement is that it was born from compassion. Every day, we learn about more miracles taking place and ways in which cannabis – whether industrial hemp or marijuana – offers healing. It’s not just the medical science – although we now known it’s critically important to human health – body-mind-and soul.  Cannabis is also vitally important to our environmental and economic health – not to mention the improvement cannabis regulation, ending the mass incarceration of marijuana offenders, can offer society at large.

Cannabis is a compassionate plant and compassion is what has propelled the movement. Reversing prohibition for once and for all will pave the way for our healthier, more sustainable and prosperous future. That’s the topic of today’s show and we have a familiar guest – He’s an ER Attending Physician who is Board Certified in Wound Care before becoming a true pioneer in the field of medical marijuana. You know him best as the host of our Medical Marijuana Minute… Dr. Bryan Doner is in the house!

Dr. Bryan Doner is an E.R. Attending Physician and co-founder of Compassionate Certification Centers, which has more than a half-dozen clinics in the state of Pennsylvania. Hereceived his undergraduate education at Denison University and completed a graduate program in Medical Sciences at the University of Massachusetts at Boston.After completing his medical education at the Lake Erie College of Osteopathic Medicine, he completed his residency training in Emergency Medicine at Saint Vincent Health System (Erie, PA) and became licensed to practice medicine in both Pennsylvania and New York. In addition to having Board Certification in Emergency Medicine, he is a Board Certified Hyperbaric & Wound Care Specialist (CHWS) and a Fellow of the American Professional Wound Care Association (FAPWCA). He has served as the President/CEO of D&P Medical Group, Medical Co-Director of the Wound & Hyperbaric Center, Medical Director of the Primary Stroke Center, and attending Emergency Physician at Armstrong County Memorial Hospital outside of Pittsburgh, PA. An Arcview investor, MMJ nursery and dispensary owner and investor, Dr. Doner was among the first in his state to advocate for Medical Marijuana. He is especially interested in future research within this field and has attended many symposiums and educational meetings regarding medical marijuana and research.He is now certified to attest for Medical Marijuana in New York, Florida, Pennsylvania and Ohio, and educates other medical practitioners about the medical use of cannabis. He frequently speaks at events and is co-founder of the World Medical Cannabis Conference & Expo, which takes place annually in Pittsburgh.