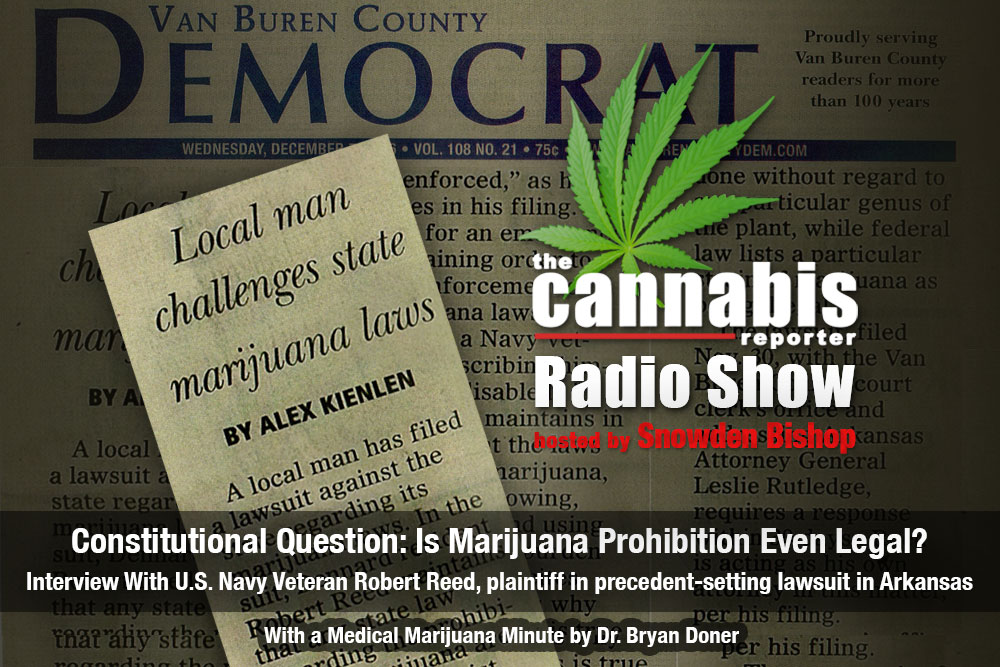 By the time Congress passed the Controlled Substances Act, marijuana had been demonized to the point that no one seemed to care that it was lumped into a class of Schedule One Controlled Substances beside truly illicit drugs with no known medical use and a high potential for abuse. If you know anything about cannabis at all, you’ve probably wondered why no one had challenged the legality of prohibition or posed a Constitutional question in court. With more than enough indisputable evidence that marijuana never should have been scheduled in the first place, hiding the truth about prohibition seems like a ridiculous waste of government resources.

Now that the cat’s out of the bag, states are taking matters into their own hands and reaping tremendous economic and social upside. More than 80 percent of Americans now have legal access to medical marijuana, provided they have qualifying conditions. While that’s progress, unfortunately, too many people who need cannabis can’t use it because their employers won’t permit it or they’d lose other benefits. Such is the case for civil servants, active military personnel and veterans. Even if use of medical marijuana would have no impact on the need for, say, a prosthetic limb or other medical treatment, a veteran can be denied medical benefits if he or she tests positive for THC in a routine blood screening. Considering the growing number of veterans who claim with utmost certainty that cannabis has saved their lives, the VA policy makes no sense.

In some states that require medical marijuana licenses, patients who register are automatically subject to unfair discrimination and stripped of a fundamental Constitutional right – the right to bear arms. Given that prohibition was founded on a false premise, should the federal government deny veterans medical benefits or strip patients of their Constitutional rights simply because they are using medicine that should never have been scheduled as a Controlled Substance in the first place?

That’s the topic of today’s show. We’re honored to have an exclusive interview with the disabled Navy veteran who challenged the State of Arkansas with the “Constitutional Question” that has potential to end the Federal prohibition of marijuana.

Representing himself “in Pro Se,” Mr. Reed filed the Constitutional Question lawsuit against the State of Akansas in December 2016. If successful, this case will set a precedent for challenging the legality of federal marijuana prohibition in other states. He is currently raising funds for legal support and hopes an attorney will join his efforts to change history.

Robert Reed, a well-known Disabled Navy Veteran and former State Chair of the Arkansas Libertarian Party, was a Candidate for Arkansas House of Representatives in 2016. As the first registered “Cannabis Lobbyist” in Arkansas, he was a spokesperson for Arkansans for Medical Cannabis advocacy group and author of two legislative measures that failed to win majority votes in the Arkansas State Assembly in 2012 and 2014.

As the former host of the Cannabis News and Information radio program that aired weekly on KABF 88.3 FM in Little Rock, Mr. Reed advocated for the medical marijuana measure that eventually passed in 2016. With ambiguities in the new state law that would bar medical marijuana users from owning fire arms, Mr. Reed has filed a lawsuit that poses a “Constitutional Question” challenging the legality of denying medical marijuana patients of their Second Amendment rights – and the constitutionality of the federal prohibition of cannabis as a Schedule One Controlled Substance.

If not for the generosity of our supporters, we wouldn’t be here! We’d first like to thank our sponsors at Hemp Meds and Zephyr Labs. We’d also like to shout out to our producer, Windy West at Star Worldwide Networks, Erik Godal, the composer of our theme “Evergreen,” Dr. Bryan Doner, who has our Medical Marijuana Minute and Compassionate Certification Centers for helping us spread the word. We are grateful!