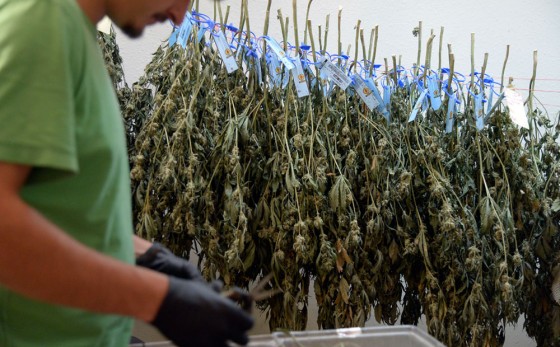 The latest proposal aimed at setting marijuana industry caps in Denver won a test vote Monday in the City Council’s second attempt at finding common ground on an issue that has pitted entrepreneurs against vocal neighborhood advocates.

The council voted 8-3 to give initial approval. A final vote is set for next Monday.

Councilwoman Robin Kniech had refiled a tweaked version of her original bill, which was killed April 11 by a 6-6 deadlock.

With 11 of 13 members attending Monday, the council also amended the bill, on Rafael Espinoza’s motion, to require that applicants for marijuana licenses submit “good neighbor” plans that specify how they will reach out to nearby neighborhood groups, residents and businesses, positively impact the community and address concerns that arise after the business opens.

The new caps would freeze the number of locations of marijuana shops and eventually reduce the number of grow houses by 15. They would replace a temporary city moratorium that has barred new entrants to the medical and recreational markets. That moratorium expires May 1.

The measure also would make permanent the moratorium’s prohibition on new medical marijuana dispensaries and grows in the city.

“This is not a vote on whether we like marijuana or not, or whether we think it is good for the community or not,” Councilwoman Kendra Black said. “We are voting tonight to greatly restrict this industry. … Nobody is completely happy.”

Many in the industry grudgingly have accepted the proposal, especially because it would allow pending license applications to proceed under existing rules before the city sets the caps. That includes up to 45 new locations in the latest figures.

Voting against the revised version were Albus Brooks, Paul Lopez and Wayne New. They argued that the bill still didn’t do enough to protect industry-saturated neighborhoods, such as Globeville, Elyria-Swansea and Montbello, which typically include or abut industrial areas.

The proposal would add big restrictions on where cultivations could open. And after discussion with Kevin Flynn, who voted no last week, Kniech added a new provision that gradually would ratchet down the number of grow locations. In a new annual lottery, the city would issue one grow license for every two that are revoked or surrendered to the city until it achieves a net reduction of 15.

Flynn voted yes on the test vote but remained a wild card, saying he might try to amend the bill to reduce the caps more.