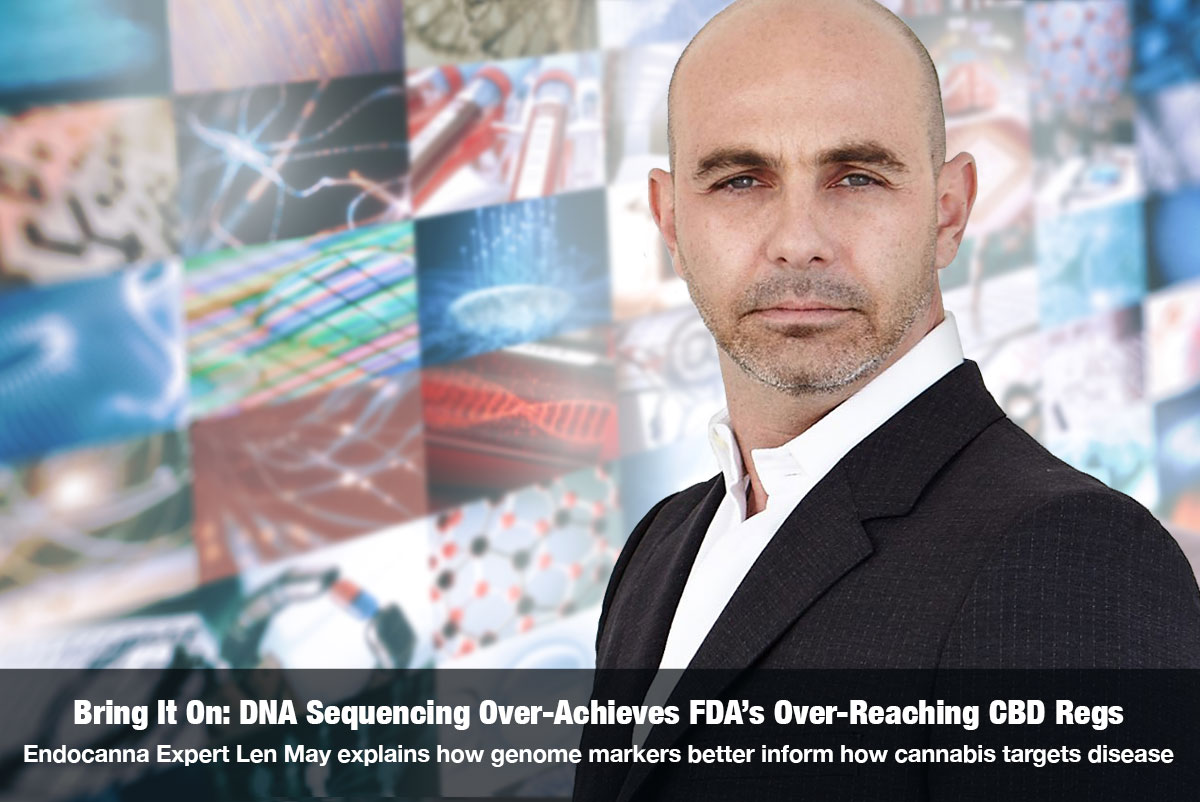 Over the last few weeks, we’ve been flooded with press releases from CBD companies applauding lawmakers for liberating hemp and announcing plans to ramp up production of new CBD products to meet the inevitable nationwide demand. That wouldn’t be out of the ordinary, except for the fact that the hemp measure didn’t legalize CBD. It did, however, de-schedule hemp and trace amounts of THC present in hemp biomass. It also moved appropriations allocated for enforcing CBD policy away from the DEA and turned oversight authority to the FDA instead.

The transference of power from the Department of Justice to the FDA might have seemed like good news under normal circumstances. But if recent events are any indication, the move may have made matters worse for the CBD industry. The episode opening goes into detail, but suffice it to say, the FDA is already exerting its authority chasing the slightest infractions perpetrated by CBD companies from California to Maine and causing a lot of confusion. It also issued a warning, in no uncertain terms, only one CBD product is legal to sell in the U.S. outside of states that have legalized it. Since CBD was legal at the time most state measures were written, very few bothered to name it in their lists of exemptions from Schedule 1, which explains why CBD edibles are illegal in California, a pro-cannabis state that regulates cannabis for adult use – after stern reprimand from the FDA.

While that shot across the bow in California is likely a harbinger of things to come, the warnings have fallen on deaf ears like the boy who cried wolf.  Despite the ban, the CBD industry is still thriving and growing everywhere. What’s different now is that the FDA is no longer complaining in a vaccum since the farm bill gave them carte blanche to make policy and patrol the industry as the CBD police force.

Unfortunately, CBD products will be held to the same level of scrutiny and required to conduct lengthy clinical trials similar to those required of opiates and other scheduled drugs. The cost alone could put an otherwise thriving CBD company out of business. The inability to move products as they had under the purview of the DEA, which simply looked the other way, could cripple the industry. That begs the question why enforce it now?

Considering the well-documented health benefits of CBD, that Congress failed to de-schedule CBD along with hemp and THC defies logic. It also makes no sense that they would unwittingly (or intentionally) sabotage the fastest growing industry in the midst of a government shut down considering that CBD companies will likely produce billions of dollars in tax revenues over time if unimpeded.

Scheduling CBD under the false pretext of separating in from Marijuana in anticipation of eventually descheduling it and for tracking convenience would seem a miscarriage of justice.  Subjecting it to the same level of enforcement and scrutiny as lethal drugs like Fentanyl seems an abuse of power with ulterior motives to carry favor with special interests, perhaps Either way, that level of enforcement will amount to a colossal waste of time and money. And, for what?

The irony here is the rigor at which the FDA is gunning to target the non-psychoactive plant molecule that has never killed anyone, has zero potential for abuse, and is so necessary for optimal health that maternal mammary glands naturally produce it in breast milk for babies, especially considering the agency continually lowers safety and efficacy standards for lethal pharmaceutical drugs. Some of the world’s most dangerous drugs are fast-tracked for approval with only minimal clinical study and no higher than a 30% efficacy rate required. In fact, on average, more than 30% of new drugs approved by the FDA are recalled due to adverse side-effects or high rate of morbidity.

By contrast, the standards to which the FDA measures the safety and efficacy of legal pharmaceuticals pale by comparison to the standards to which the cannabis holds itself. Having endured more excessive scrutiny that most emerging industries as well as challenges of overcoming the generational stigma associated with illicit drugs, cannabis innovators have had jump through hoops to prove themselves. That’s not to say there aren’t some bad actors cutting corners for a profit. But, as a whole, the cannabis industry is proving itself to be one of the most socially responsible, conscientious and innovative self-regulating industries of all time.

This is evident in the scientific community that informs medical practitioners in the absence of information about cannabis in the U.S. pharmacopeia. Using modern diagnostic technology, medical practitioners can rely upon DNA sequencing and genome mapping to more efficiently diagnose patients based on specific genetic markers, metabolic rate, molecular deficiencies and other factors that are difficult to detect with conventional tools. These data can then be compared with DNA sequencing of a variety of cultivars to match cannabinoid and terpene profiles associated with endocannabinoid receptors to drill down on personalized cannabis therapy formulas specifically targeted treat a patient’s unique medical conditions and mitigate risk markers to prevent disease and support immune function, neurological development and overall homeostasis for optimal health.

These modern methods over-achieve any over-kill regulations imposed by the FDA’s over-reach and could someday make their arcane, ineffective and costly methods obsolete. DNA sequencing expert, Len May joins us to talk about the exciting field of cannabis medicine.

With over 25 years of experience, Len May, MCS is a pioneer in the medical cannabis industry having held positions such as the President of the Cannabis Action Network, Board Member and Lifetime Member of California Cannabis Association​, as well as a stakeholder in some of the industry’s most iconic brands. His experience also encompasses a strong understanding of branding and compliance, fundraising, and operations. As a Certified Medical Cannabis Specialist in Medicinal Genomics, May has an in-depth knowledge of genomics, cannabinoids and terpenes and their interaction with the endocannabinoid system, allowing him to consult on formulations targeted to treat specific conditions. May has a Masters of Medical Cannabis and Endocannabinoid Formulation Specialist Certification from the Institute for the Advancement of Integrative Medicine. His areas of expertise include the workings of the ​Endocannabinoid system and how genetic expression plays a role in human experiences. In his role as CEO of Endocanna Health, he uses his knowledge of the plant to help modulate those experiences for those looking to incorporate Cannabis into their lives. Mr. May is an accomplished public speaker having presented on these topics on some of the world’s most prestigious stages in his mission to help educate the population about the healing powers of cannabis.

If not for the generosity of our supporters, we wouldn’t be here! We’d first like to express gratitude for our radio sponsors, Sunstate Technologies, C2 | ICS Integrated Compliance Solutions and Cannasphere Biotech. We are grateful! Many thanks go to Erik Godal for our theme “Evergreen” and Dr. Bryan Doner for the Medical Marijuana Minute. We’d also like to shout out to XRQK Radio Network and Society Bytes Radio Network for broadcasting our show as well as  Compassionate Certification Centers and Cannabis Radio for helping us spread the word online.