Doctors across nation are teaming up to support marijuana legalization 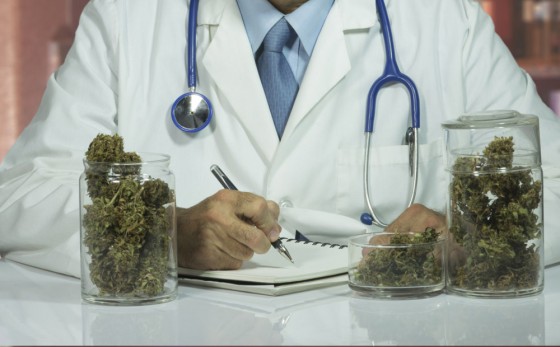 A group of more than 50 physicians, including a former surgeon general and faculty members at some of the nation’s leading medical schools, has formed the first national organization of doctors to call on states and the federal government to legalize and regulate the use of marijuana in the interest of public health.

The group — which is announcing its formation Monday, under the name Doctors for Cannabis Regulation (DFCR) — is endorsing the legalization of marijuana for adult recreational use, a break from the position of the American Medical Association, the largest organization of doctors in the country. DFCR argues that the prohibition and criminalization of marijuana use does more harm to the public than good. Citing hundreds of thousands of annual marijuana arrests, racial and economic disparities in marijuana enforcement, and the role of prohibition in keeping marijuana prices high and lucrative to violent drug dealers, the physicians say that creating a legal and regulated marijuana market is the best way to ensure public safety, combat the illicit drug trade and roll back the negative consequences of strict enforcement policies on disadvantaged communities.

The emergence of the group comes at a crucial moment in the national debate over marijuana legalization. More than 60 percent of the public now says that it supports marijuana legalization. Support for allowing medical use of marijuana with doctors’ supervision is closer to 90 percent. Over 35 million Americans use marijuana recreationally each year, according to the latest federal statistics. Research organizations, medical groups and even many national lawmakers have called on federal authorities to revisit policies toward marijuana that have remained essentially unchanged for nearly 50 years.

“You don’t have to be pro-marijuana to be opposed to its prohibition,” DFCR founder and board president David L. Nathan said in an interview. Nathan is an associate professor at Robert Wood Johnson Medical School at Rutgers University and a distinguished fellow of the American Psychiatric Association. He’s quick to point out that his group does not advocate for the use of marijuana: While researchers generally agree that marijuana use is less harmful to individuals and society than the use of other common drugs, like alcohol and tobacco, about 9 percent of people who begin using as adults become dependent on the drug, and heavy use can be especially harmful to the developing brains of adolescents.

Rather, Nathan says, the best way to manage those risks is to bring use of the drug, as well as the associated commerce in it, out into the open via regulation. “Doctors should affirmatively support this,” he said. “If you’re going to make something against the law, the health consequences of that use have to be so bad to make it worth creating criminal consequences. That was never true of marijuana. It was banned in 1937 over the objections of the American Medical Association (AMA).”

Indeed, in 1937, the AMA objected to the overly strict regulation of marijuana, as it was then used as a treatment for a number of medical conditions. The Association was worried that prohibition of marijuana would “deprive the public of the benefits of a drug that on further research may prove to be of substantial value.”

After the passage of the “Marihuana Tax Act,” marijuana “just wasn’t that well-known among doctors,” Nathan said. Many doctors were unaware that the drug essentially outlawed by the Marihuana Tax Act was the same substance they knew as “cannabis,” which they used to treat a variety of ailments from corns to poor appetite. In subsequent years, physicians were just as susceptible to lurid media reports about the supposed dangers of marijuana use and the “Reefer Madness” era as anyone else.

Like most mainstream medical groups, the AMA is now opposed to the outright legalization of marijuana, calling it a “dangerous drug” and “a public health concern.” But the group’s stance has evolved in recent years. It recently added language to its position statements calling for “the modification of state and federal laws to emphasize public health based strategies,” rather than punitive, incarceration-based measures. The group now encourages research into the drug, and has called on federal authorities to make it easier to do so.

Doctors often find themselves acting as mediators between patients who want access to marijuana for medical purposes, and a federal bureaucracy that still considers the drug illegal for all purposes.

“Physicians are put in the awkward position with respect to individuals who ask for a marijuana recommendation, but otherwise would be perfectly happy purchasing the drug in a retail environment,” Nathan said. “We believe that the best way to improve the situation is to enact full legalization with smart regulation. That would more clearly separate medical from personal use.”

Not all medical professionals are happy about relaxing attitudes toward what they see as a dangerous, addictive drug. The notion of doctors advocating for marijuana legalization is “totally idiotic,” said Robert DuPont, who served as the first director of the National Institute on Drug Abuse and as the second White House drug czar, in an interview. “The idea that we cannot manage the health problems related to marijuana because it’s illegal, that doctors are somehow inhibited from dealing with marijuana use and marijuana problems, is completely wrong.”

“The idea that legalizing is going to stop the illegal market is equally stupid,” he added.

DuPont thinks that the current legal status of marijuana is sufficient to address the risks associated with marijuana use, and that punitive measures for drug sellers and users can be a powerful tool for helping at-risk people get treatment. “The criminal justice system is a wonderful vehicle for getting people into treatment and recovery,” he said.

Other physicians would like to see marijuana use decriminalized, but would not go so far as to make the drug completely legal for adult recreational use. Peter Friedmann, an addiction-medicine physician at University of Massachusetts Medical School-Baystate Health, notes that we already have two legal psychoactive drugs — alcohol and tobacco. “What is the problem for which having a third class of legal drug is the answer?” he questioned. 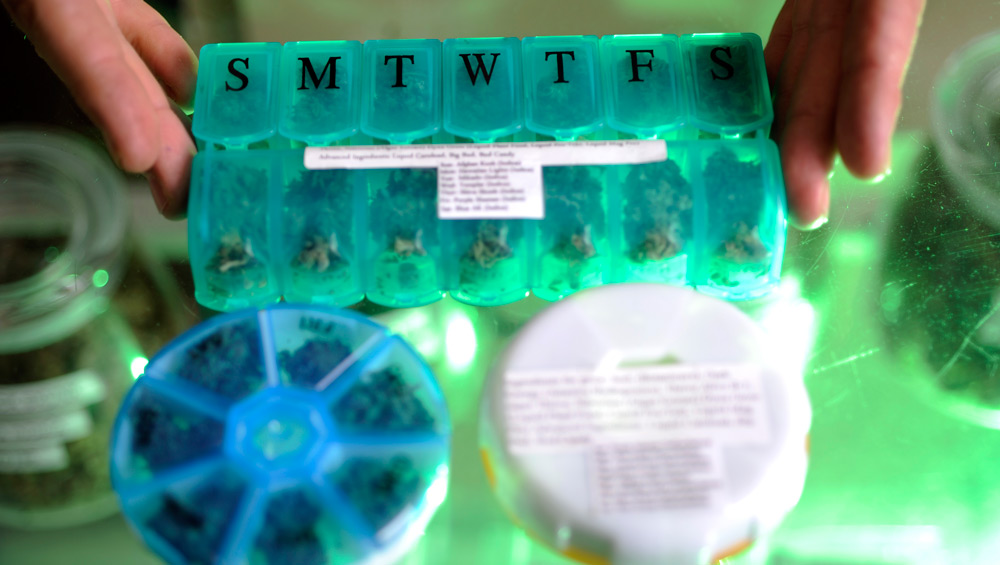 A variety pack of medical marijuana is displayed at the Herb’s Medicinals dispensary in Berthoud in February 2012. (AAron Ontiveroz, Denver Post file)

Still, he points out that there’s a lot of diversity in the medical field. “People are of their time and of their culture and doctors are no different,” he said. “There are physicians who are Republicans, Democrats, Independents — they pretty much they reflect the population. There are all kinds. The fact that there’s a group of physicians now coming out in favor of cannabis legalization as the only effective way to regulate, it is no surprise.”

Much of the discussion around marijuana legalization, among doctors and the general public alike, hinges on different assessments of the same data showing the risks and benefits of changing marijuana laws. Groups like the AMA are concerned that legalization would lead to more widespread use of the drug, which would invariably mean greater prevalence of the negative health consequences associated with its use, like dependency and some mental illnesses that may be exacerbated by the drug’s use.

But groups who favor legalization, like Doctors for Cannabis Regulation, point out that negative outcomes arise from the current system of prohibition, too. They say that the presence of a large black market, the stigmatization of individual users, and the potentially life-ruining effects of a marijuana conviction, are steep prices to pay for the nominal reduction in overall use that comes with prohibition.

In 2011, the California Medical Association, which represents 40,000 doctors in the state, became the first doctors’ group to call for the full legalization of marijuana. They recently went a step further, explicitly endorsing a measure to appear on the ballot this November that would legalize marijuana and create a commercial market for it in the state.

Doctors for Cannabis Regulation hopes to make a similar case among doctors at the national level, and to win over skeptics like DuPont and Friedmann. “We want to build a group of physicians who are going to be out in the public making the case for marijuana legalization to physicians, medical associations and the public at large,” Nathan said.