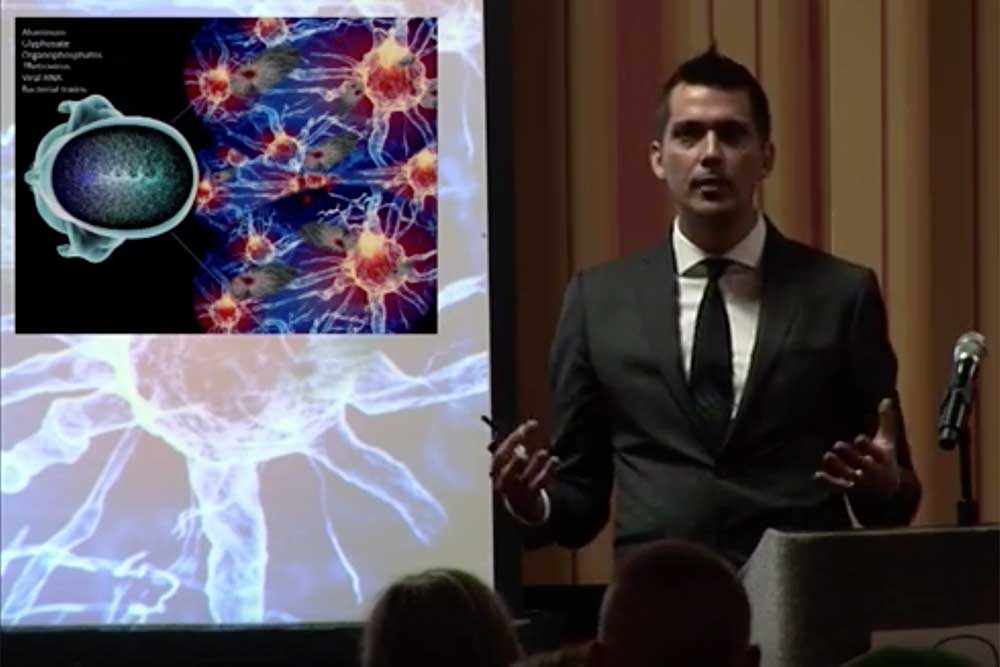 The endocannabinoid system plays part in the pathophysiology of autism. Protective brain mechanisms are interrupted and neuroinflammation occurs. Organophosphates are potent inhibitors of crucial brain enzymes. The systemic consequences of defective microglial signaling, nagalase surges, and GcMAF metabolism are interconnected into the basic idea that autism is an environmentally triggered neuroinflammatory condition.

When we dive deep into brain mechanisms in autism, you realize that localized brain tissue is inflamed from foreign substances. There is a plethora of evidence in the scientific literature that is inflammation, mostly in the cerebellum of the brain, is triggered by pesticides and herbicides, aluminum and other adjuvants in vaccines, human DNA and viruses. The dynamics of this injury, as well as potential anti-inflammatory therapies, are discussed in my speech on Endocannabinoid Signaling in Autism (video below) at AutismOne in May of 2017.

Christian Bogner, M.D. is a former chief of surgery with a specialty certification in Plant Based Nutrition from Cornell University. He has conducted extensive research about the benefits of cannabis for managing autism spectrum disorders for the last decade. He was a featured guest on The Cannabis Reporter Radio Show’s Autism Special Episode.