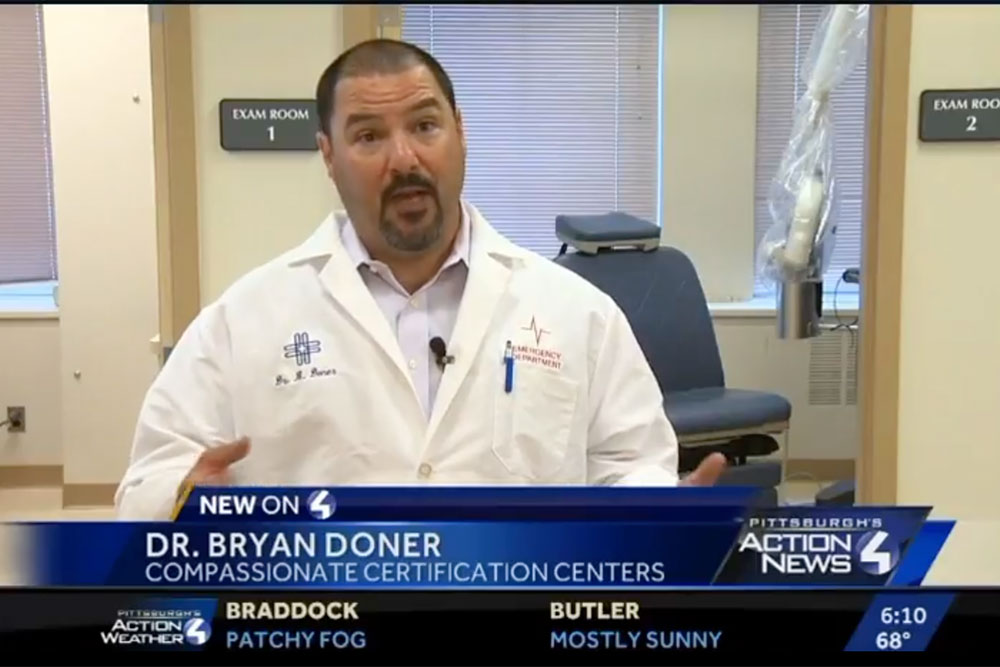 The Cannabis Reporter Radio Show’s medical advisor and Medical Marijuana Minute contributor, Dr. Bryan Doner, was recently featured on the Channel 4 Action News in Pittsburgh to talk about the new medical marijuana certification clinics he is establishing throughout Pennsylvania.

As an attending emergency room physician, Dr. Doner became concerned with the overwhelming number of overdose patients he treated in the busy metropolitan emergency room in downtown Pittsburgh. In addition to being Board-certified in Emergency Medicine, Dr. Doner also specializes in Wound Care. His interest in cannabis began in response to the growing opiate crisis, which he has witnessed daily in his work.

“I couldn’t make it through a single shift in the E.R. without seeing at least one overdose patient,” said Dr. Doner who began researching the medical efficacy of medical marijuana as an alternative to dangerous opiates nearly six years ago.

Pennsylvania was one of several states that passed a voter ballot initiative to legalize cannabis for medical use in the 2016 elections. By then, Dr. Doner had begun plans to launch Compassionate Certification Centers in Pittsburgh to provide certification services to new medical marijuana patients and educate healthcare providers about cannabis treatment options.