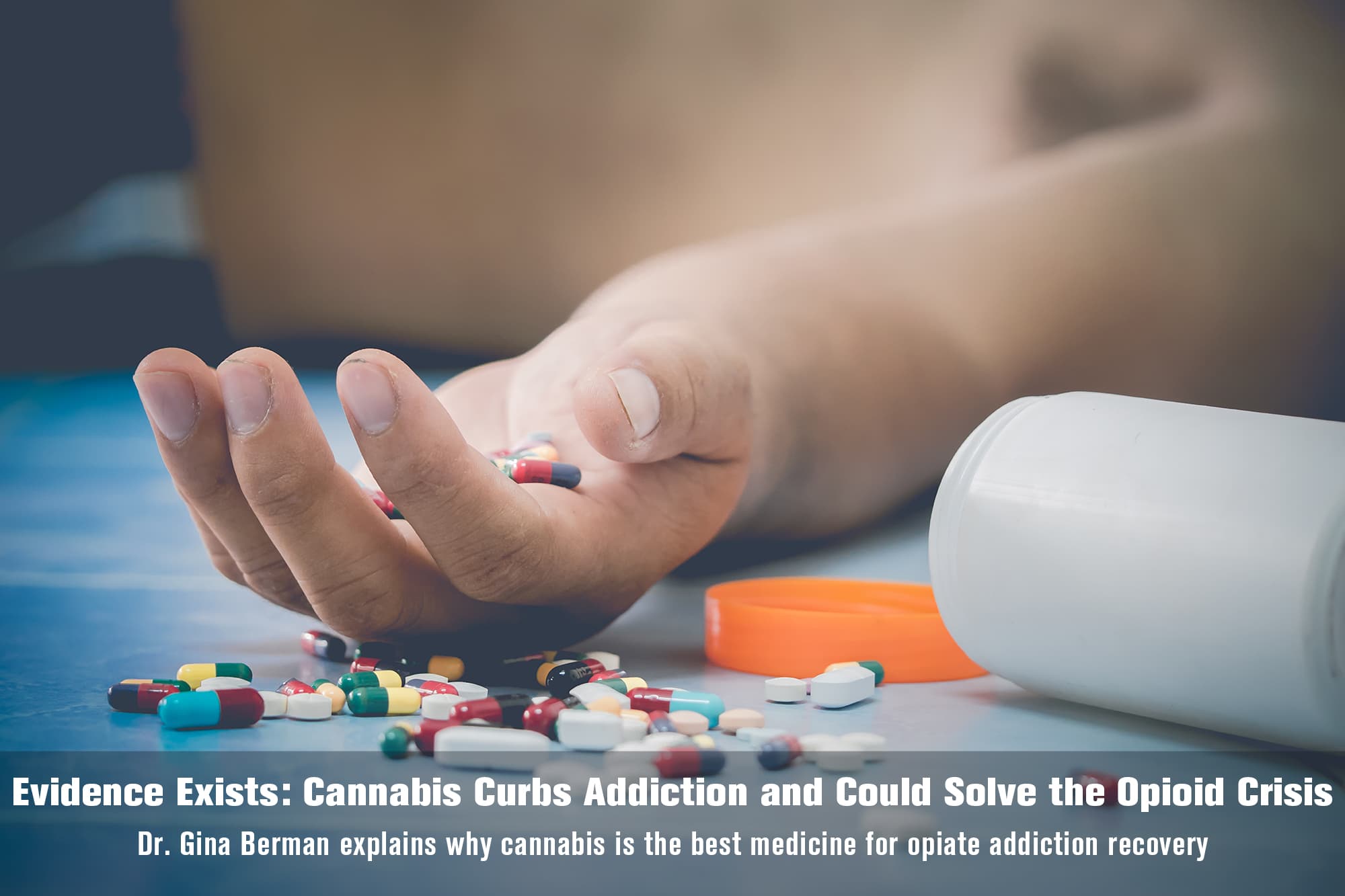 Not since the 1930’s has false propaganda been so prevalent or had so much influence over public opinion. True or false, some people seem to relish rhetoric that validates their own preconceived bias on any controversial issue. This is particularly evident in the contentious debate about cannabis. Hearing self-proclaimed experts contradict indisputable science by citing arcane laws that originated by sinister false propaganda campaigns is a source of endless frustration for those of us who understand the truth about such a harmless plant. Hearing the same individuals advocate for opiates because they’re legal is nothing short of infuriating. How many lives must be lost to the opiate crisis before lawmakers acknowledge that cannabis could solve it?

In one of our first episodes, a young mother from Utah explained how her gravely ill young daughter nearly lost her life due to damage caused by conventional drugs. After learning about cannabis, she took her daughter to Oregon for treatment and, for the first time since birth, her daughter’s health began to improve. Upon her return to Utah, Child Protective Services threatened to take her daughter away. Like so many families in prohibition states, they relocated to Oregon as cannabis refugees.

A year after moving, she faced yet another threat to her daughter’s wellbeing: a well-funded propaganda campaign fueling an anti-marijuana faction of residents vying to close the only dispensary in her adopted town. In a factually-misleading Op-Ed, a career nurse portending to be an authority explained that patients he worked with at a state institution were “child molesters and rapists whose drug abuse began with marijuana.” Insisting that marijuana is “a very dangerous, hypotonic, hallucinogenic gateway drug,” he wrote, “there was never an instance when we were unable to treat pain, nausea or vomiting with standard conventional drugs.” After 20 years of nursing, it’s highly unlikely that he had never seen a fatal overdose caused by those conventional drugs and even less likely he would have seen a single fatality caused by ingesting cannabis.

While the success of state regulation has been met with growing acceptance, fear and loathing of cannabis in small towns mirrors a larger national problem. The Federal government’s refusal to accept the scientific evidence that cannabis is not only safer and more effective than many legally prescribed drugs, it has a much lower potential for abuse and may well be the only substance that could effectively help solve the opiate crisis. That’s what our guest, Dr. Gina Berman, is here to discuss right after, Dr. Bryan Doner’s Medical Marijuana Minute.

Dr. Berman earned her doctorate degree from Georgetown University and is Board-certified in addiction and emergency medicine. For 10 years as an E.R. physician at a Phoenix-area hospital, Dr. Gina Berman witnessed the devastating impact of the opiate crisis first hand. She had left institutional medicine to follow her passion for alternative therapies when she discovered cannabis helped curb addiction to addictive opioids administered too often for pain. Dr. Berman is currently the Medical Director of two medical cannabis dispensaries in Phoenix and Mesa where she counsels patients in alternative therapies, oversees the creation and cultivation of high quality, safe medical cannabis products, and advocates the latest research in medical cannabis. She recently founded the Blue Door Therapeutics, a holistic treatment clinic where she helps addicts transition from opiates and curb their addiction in a safer and more effective way.

If not for the generosity of our supporters, we wouldn’t be here! We’d first like to express gratitude our national radio sponsors Hemp Meds and Healthtera. We’d also like to shout out to our producer, Ed Vanderlee at Star Worldwide Networks, Erik Godal, the composer of our theme “Evergreen,” Steve Webb at XRQK Radio Network and Dr. Bryan Doner for the Medical Marijuana Minute and Compassionate Certification Centers for supporting our broadcast in Pennsylvania. We are grateful!