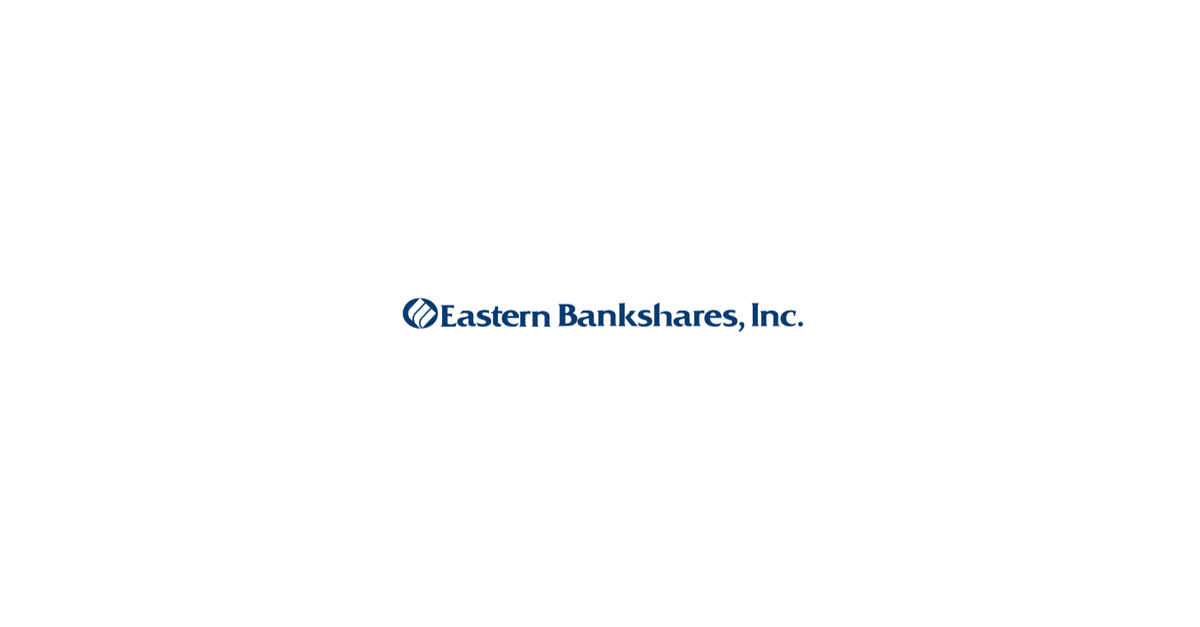 “Our financial results for the second quarter were strong, with net interest income benefiting from the combination of the rising rate environment and our asset-sensitive balance sheet,” said Bob Rivers, Chief Executive Officer and Chair of the Board of Eastern Bankshares, Inc. and Eastern Bank. “Our net interest margin expanded by twenty-one basis points from the prior quarter, driving an eight percent increase in net interest income and record quarterly revenue. Loan growth was also strong, as we achieved double-digit annualized growth in each of our major lending categories while maintaining excellent credit quality and underwriting standards. We remain focused on achieving our strategic priorities and are optimistic about the strength and resiliency of our local economy.”

HIGHLIGHTS FOR THE SECOND QUARTER OF 2022

The results for the comparable prior year quarter do not reflect the Company’s acquisition of Century Bancorp, Inc. (“Century”), which was completed on November 12, 2021.

Please refer to Appendix B to this press release for a reconciliation of operating revenues and expenses*.

Please refer to Appendix B to this press release for a reconciliation of operating revenues and expenses*.

Non-performing loans totaled $59.9 million at June 30, 2022 compared to $33.8 million at the end of the prior quarter. The increase from the prior quarter was primarily attributable to the migration to nonaccrual status of one syndicated credit facility which is in an active workout process. During the second quarter of 2022, the Company recorded total net recoveries of $0.3 million, or 0.01% of average total loans on an annualized basis, compared to net charge-offs of $0.2 million or 0.01% of average total loans in the prior quarter, respectively.

At June 30, 2022, approximately $19.9 million in COVID-19 modified loans remained under modified payment terms, down from $49.0 million at March 31, 2022. The commercial real estate portfolio contained $12.8 million of the remaining COVID-19 modifications at period end, all of which were in the hotel segment.

The Company’s Board of Directors has declared a quarterly cash dividend of $0.10 per common share. The dividend will be payable on September 15, 2022 to shareholders of record as of the close of business on September 2, 2022.

A conference call and webcast covering Eastern’s second quarter 2022 earnings will be held on Friday, July 29, 2022 at 9:00 a.m. Eastern Time. To join by telephone, participants can call the toll-free dial-in number (888) 396-8049 from within the U.S. and reference conference ID 97071632. The conference call will be simultaneously webcast. Participants may join the webcast on the Company’s Investor Relations website at investor.easternbank.com. A replay of the webcast will be made available on demand on this site.

Eastern Bankshares, Inc. is the stock holding company for Eastern Bank. Founded in 1818, Boston-based Eastern Bank has more than 120 locations serving communities in eastern Massachusetts, southern and coastal New Hampshire, and Rhode Island. As of June 30, 2022, Eastern Bank had approximately $22 billion in total assets. Eastern provides banking, investment and insurance products and services for consumers and businesses of all sizes, including through its Eastern Wealth Management division and its Eastern Insurance Group LLC subsidiary. Eastern takes pride in its outspoken advocacy and community support that includes $240 million in charitable giving since 1994. An inclusive company, Eastern employs approximately 2,100 deeply committed professionals who value relationships with their customers, colleagues, and communities. For investor information, visit investor.easternbank.com.

*Denotes a non-GAAP financial measure used in this press release.

A non-GAAP financial measure is defined as a numerical measure of the Company’s historical or future financial performance, financial position or cash flows that excludes (or includes) amounts, or is subject to adjustments that have the effect of excluding (or including) amounts that are included in the most directly comparable measure calculated and presented in accordance with accounting principles generally accepted in the United States (“GAAP”) in the Company’s statement of income, balance sheet or statement of cash flows (or equivalent statements).

The Company presents non-GAAP financial measures, which management uses to evaluate the Company’s performance, and which exclude the effects of certain transactions that management believes are unrelated to its core business and are therefore not necessarily indicative of its current performance or financial position. Management believes excluding these items facilitates greater visibility for investors into the Company’s core businesses as well as underlying trends that may, to some extent, be obscured by inclusion of such items in the corresponding GAAP financial measures.

Certain factors that could cause actual results to differ materially from expected results include developments in the Company’s market relating to the COVID-19 pandemic, including the severity and duration of the associated economic slowdown; adverse developments in the level and direction of loan delinquencies and charge-offs and changes in estimates of the adequacy of the allowance for loan losses; increased competitive pressures; changes in the interest rate environment; risks that revenue or expense synergies or the other expected benefits of the Company’s merger with Century (“Transaction”) may not fully materialize for the Company in the timeframe expected or at all, or may be more costly to achieve; risks that the Company is unable to successfully implement integration strategies for the Transaction; reputational risks and the reaction of customers to the Transaction; and diversion of management time on Transaction-related issues; as well as general economic conditions or conditions within the securities markets; and legislative and regulatory changes and related compliance costs that could adversely affect the business in which the Company and its subsidiary Eastern Bank are engaged, including inflation, interest rates, interest rate sensitivity and liquidity, including the effect of, and changes in, monetary and fiscal policies and laws, such as the interest rate policies of the Board of Governors of the Federal Reserve System; market and monetary fluctuations, including fluctuations due to actual or anticipated changes to federal tax laws; credit quality, including adverse developments in local or regional real estate markets that decrease collateral values associated with existing loans; and the failure of the Company to execute all of its planned share repurchases. For further discussion of such factors, please see the Company’s most recent Annual Report on Form 10-K and subsequent filings with the U.S. Securities and Exchange Commission (the “SEC”), which are available on the SEC’s website at www.sec.gov.

APPENDIX B: Reconciliation of Non-GAAP Operating Revenues and Expenses