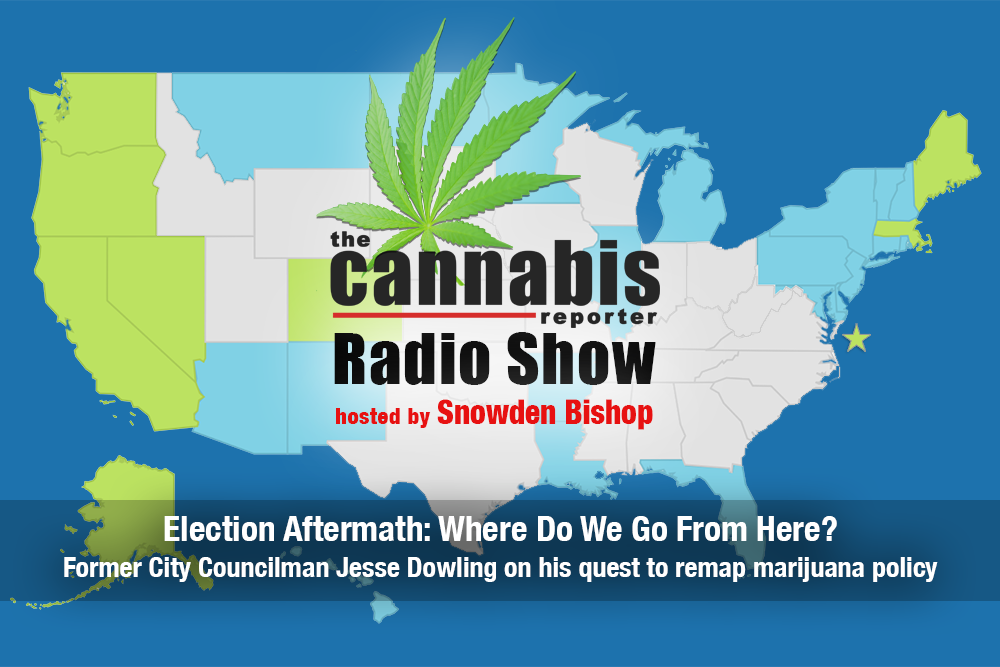 In the aftermath of the elections, it would seem marijuana progress is on a roll. Or is it? If the 2016 election taught us anything, it’s that nothing is predictable any more. The highs and lows of this year’s election were extreme to the point of exhaustion. Whether the outcome took your breath away or knocked the wind out of you, chances are it wasn’t what you expected.

While no one could predict the outcome of the presidential race, pollsters were close when they predicted the passage of Marijuana measures in all but one of 9 states, Arizona, which surprisingly lost its bid for legalization by a narrow margin despite the unprecedented grass roots support and polls that favored a win. In hindsight, Prop 205 couldn’t compete with the millions of dollars donated to the opposition by special interests.

Despite the loss in Arizona, activists everywhere reason to feel optimistic. Decisive wins on ballots in all but one of 9 states raised the number of states to have legalized medical or adult use marijuana to 28 states plus Washington DC. Considering the Obama Administration’s de-emphasis on enforcement of marijuana offenses, frequent rumblings by the DEA about rescheduling marijuana, and recent polls suggesting that more than two thirds of the population favor legalization, it would seem safe to predict that nationwide reform is around the corner.

However, we’d be well-served to remember that nothing is predictable anymore. Looking at the inbound administration, it would be safer to presume that the future of marijuana is on shaky ground. Even though President Elect Trump has previously advocated for legalization and is on record stating that it would be the best way to win the War on Drugs, the fact that cannabis has no friends — and has at least one important enemy — among his cabinet nominees is a clear indicator that his position on marijuana legalization has changed. The inbound attorney general is likely to be Alabama Senator Jeff Sessions, whose hostile rhetoric about marijuana could have come from the Reefer Madness playbook. Once caught on record for joking that he thought members of the KKK were okay until he learned they smoked marijuana, he recently declared that “good people don’t smoke marijuana.”  With a shortage of advocates in the Senate and House to counter prohibitionists in the Executive Branch, progress on marijuana reform is in for a bumpy ride.

With that in mind, where do we go from here? That is the topic of today’s show.

Jesse Dowling is a former member of the Cottonwood, Arizona City Council who became immersed in cannabis advocacy when his wife was diagnosed with multiple sclerosis. By trade, he works in information technology in the civic engineering field and volunteers with local youth football programs when he’s not fact-checking and reporting false propaganda by vocal, local marijuana naysayers.