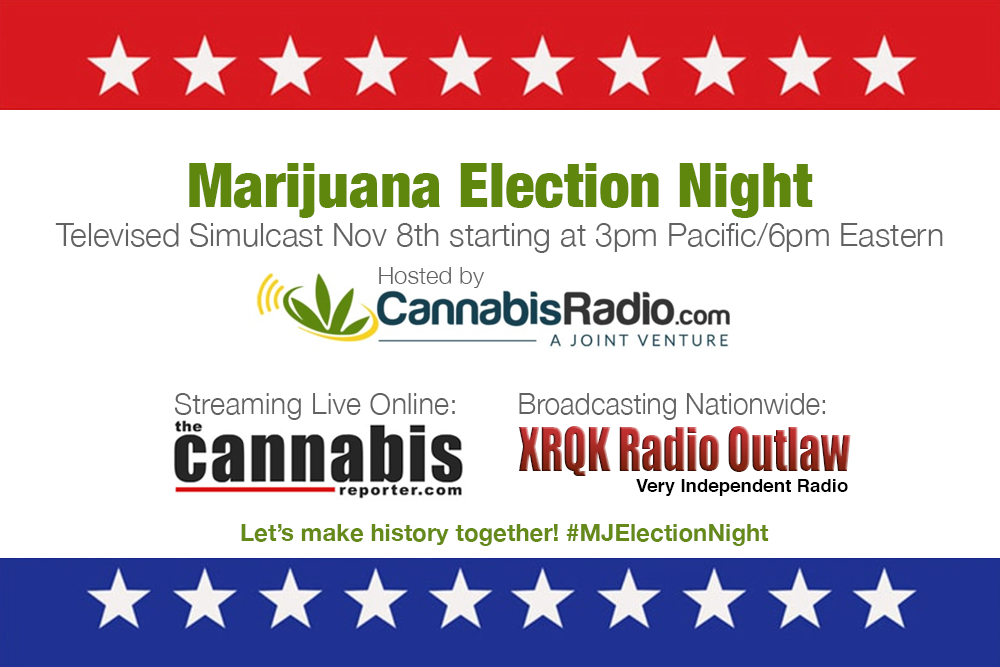 Join Us for Live State-By-State Coverage

November 8th promises to be an historic night when 9 states vote on marijuana ballot measures. Voters in nine states and a number of municipalities will be voting on new cannabis law reforms. Cannabis Radio will be there with correspondents in each state to cover it as the polls close.

CannabisRadio.com presents Marijuana Election Night™ 2016, live from our marijuana legalization campaign headquarters in Los Angeles, California. We’ll be streaming all six plus hours of live coverage of the nationwide votes for marijuana legalization, medical marijuana, and other issues of import to the cannabis community.

The live event will feature live reports from the heads of every statewide marijuana reform campaign on the ballot. We’ll also be speaking with the leaders of the national marijuana reform organization, elected officials sympathetic to reform, and the leading experts in marijuana politics.

Here is a tentative rundown of the six plus hours of coverage we’ll be offering live:

Zero Minus One Hour:

Hour One: The Russ Belville Show

The Impact of Legalization What’s changed in the four currently legal states?

Cannabis Radio is the largest cannabis specific online radio and podcast network in the world featuring the finest minds in the legal cannabis industry. For more information, please visit cannabisradio.com.