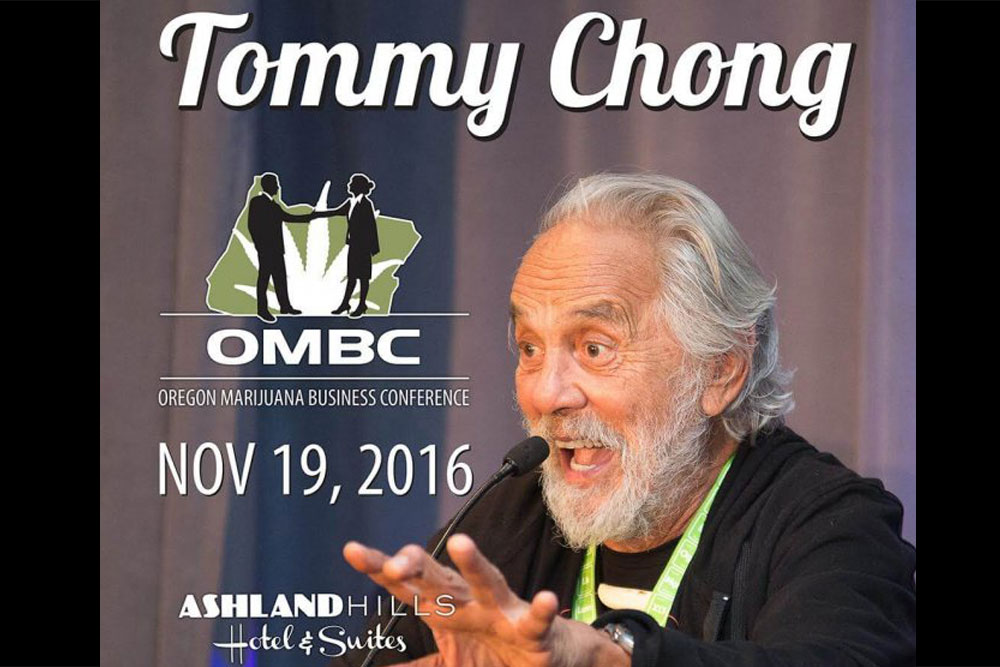 The Producer and Executive Director of the OMBC Alex Rogers starts the day with a comprehensive overview of the conference and how things stand in general in relation to medical and recreational cannabis laws and regulations in the state of Oregon.

Learn from the experts about how to grow your cannabis business

Meet and greet the producers and manufacturers of the latest technology

Tommy Chong is probably the biggest cannabis legend in the world. Starring in the series of Cheech & Chong movies in the late 1970s and early 1980s, Chong became a household name in the cannabis community and has remained active through today. Dealing with persecution from the U.S. Federal government for his role in the sale of glass paraphenalia, Tommy Chong has continued to fight both for the advancement of cannabis legalization in general and for his own personal health through the use of cannabis.

Ed Rosenthal is the world’s leading expert on the cultivation of marijuana. In his more than forty years as the “guru of ganja,” he has written or edited more than a dozen books about marijuana cultivation and social policy that cumulatively have sold over two million copies. His “Ask Ed”® marijuana advice column ran in High Times for several decades and still appears internationally. One of his books on marijuana cultivation is the only book of its type to be reviewed by The New York Times.

Rob Patridge currently serves Oregon as the Klamath County District Attorney and Chair of the Oregon Liquor Control Commission.  He grew up on a working cattle ranch in Eagle Point, Oregon and has served southern Oregon as President of the Medford City Council and three terms as the State Representative from Medford where he was Majority Whip and Chaired the Public Safety Sub-Committee of Ways and Means. Rob was the General Counsel for the Rogue Valley Manor/Pacific Retirement Services, President of multi-state real estate development firm and served as the General Counsel and District Director for U.S. Congressman Greg Walden, and as a private business consultant.

With her experience and extensive knowledge, Chelsea Hopkins directs thousands of Oregonians to the highest quality cannabis specific to their needs, while empowering each person through education. Her team at The Greener Side—a Eugene based dispensary she co-founded in 2012—is known for its “patients comes first” attitude and community commitment.