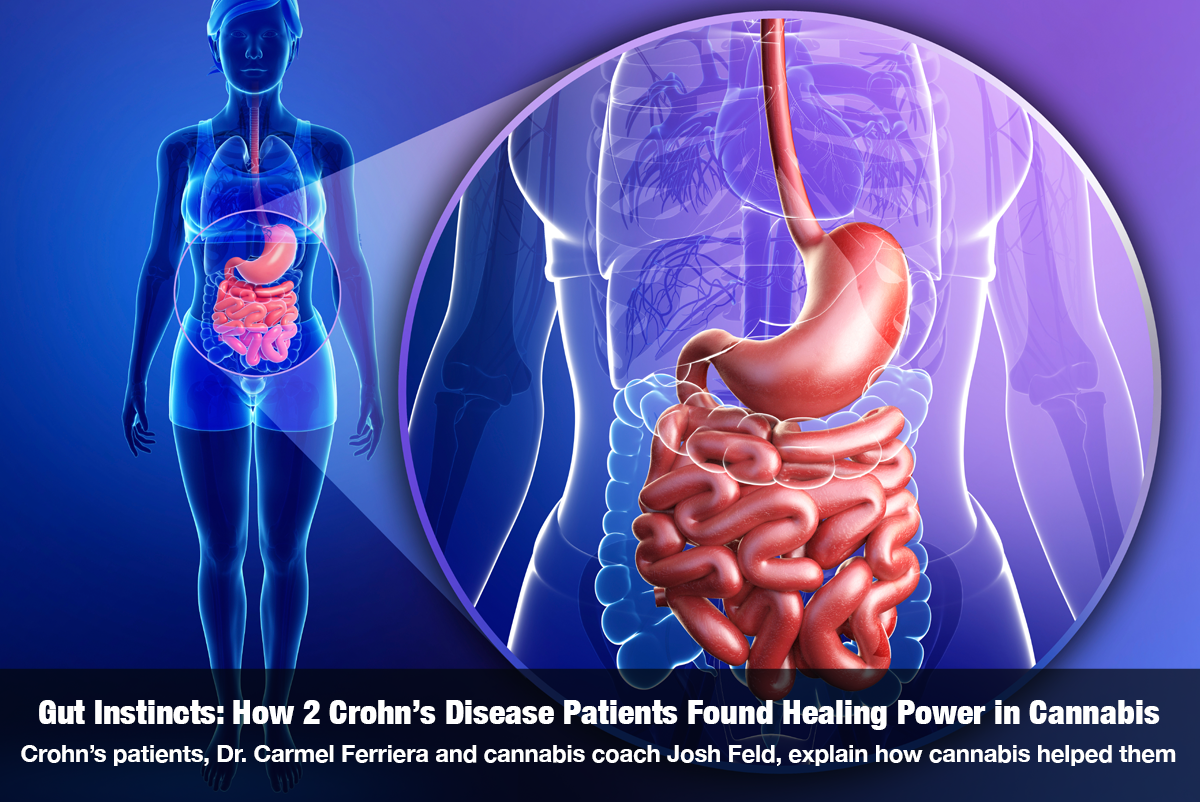 It is estimated that a staggering 1.6 million people in the United States suffer with the painful and often debilitating condition known as Crohn’s Disease. Most commonly affecting the small intestine near the colon, Crohn’s can affect any part of the gastrointestinal tract, top to bottom. While an exact cause of a sudden onset is hard to determine, most scientists can agree that the condition is triggered by a virus, bacterial infection or environmental contaminant which leads to an auto-immune response and inflammation.

Although there is no known cure, gastroenterologists often treat symptoms with surgery or prescription drugs including opiates, aminosalicylates, corticosteroids like prednisone, benzodiazepines for anxiety and immunomodulators, which suppress the auto-immune responses. Unfortunately, none are devoid of serious side effects varying from nose bleeds to cancer, and some, such as the benzo’s and opiates can increase risk addiction, lethal overdose and other medical complications.

A growing number of Crohn’s patients are finding cannabis to be more effective than conventional drugs when it comes to all-around improvement, but the jury is still out among gastroenterologists who rely upon science to inform their recommendations. To be fair, scientific evidence legitimizing the use of cannabis therapy as a Crohn’s Disease treatment option is limited. Since 1999, there have been only a handful of clinical studies researching the efficacy of cannabis as a treatment for Crohn’s. While the more recent show promise, none have been conclusive due to study deficiencies including inconsistent controls, subpar cannabis, insufficient duration and limited number of participants comprising control groups.

Despite the lack of clinical proof, there is no shortage of anecdotal evidence that Crohn’s patients who forego conventional treatment in favor of a more holistic approach using a blend of dietary improvements and cannabis therapy are finding relief when prescription drugs have failed. Considering that cannabis feeds the endocannabinoid system, which modulates inflammatory and immune responses and brings all of the body’s systems into homeostasis, it makes sense that cannabis works.

In this episode, two long-term Crohn’s Disease patients, Naturopath physician Dr. Carmel Ferreira and cannabis coach Josh Feld share their own healing journeys from the purviews of both health practitioners and patients who rely upon the healing power of cannabis to keep their disease in remission.

Dr. Carmel Ferreira is a Naturopathic Medical Doctor and Licensed Acupuncturist. Having been formally diagnosed with Crohn’s Disease in while pursuing her medical education, she experienced an impersonal delivery of the life-altering news. Vowing to ensure that her future patients weren’t left to fend for themselves, she became her own first patient and immersed herself in lifestyle changes and devouring literature about her condition. Dr. Ferreira received her Bachelor’s of Science in Molecular, Cellular and Developmental Biology from the University of California, Santa Cruz in her home state. She worked as a Research Associate in Cardiology and Hematology Medical Research at various reputable institutions while preparing herself for medical school.

Josh Feld, a 30-year old assistant golf pro who was diagnosed with Crohn’s disease after several misdiagnoses when he was a teenager. For nearly a decade, he was severely underweight, throwing up every morning and taking 12 pills a day. It wasn’t until he went to college that accidentally learned that cannabis helped to stimulate his appetite and reduce the pain. Once he decided to replace prescription drugs with full-time cannabis therapy, it took nearly two years of experimentation to learn about dosing and the best method of taking it. Now in remission he says he is the healthiest he has ever been. The experience inspired him to start coaching other patients about the right way to use MMJ and improve their quality of life.He invites new patients to contact him at josh.feld32@gmail.com.