Why the Green New Deal Should Green Light Investment in Hemp 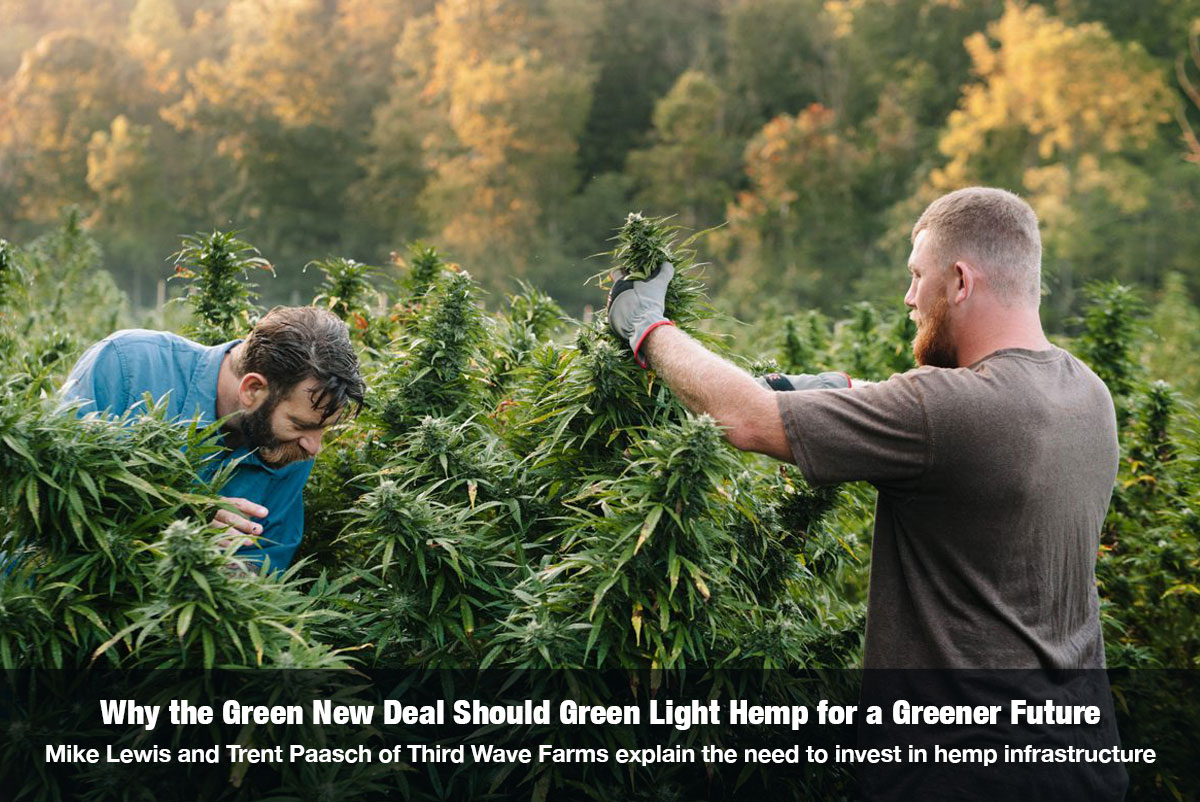 With political chaos dominating the news cycles lately, consequential policy changes don’t get the media attention they deserve. Monumental rollbacks of environmental regulations and reversal of consumer protections happen almost daily under the radar. For example, earlier this month, the Environmental Protection Agency announced that it would restrict the amount of scientific data that can be used to craft public health policy. This falls on the heels of the USDA culling research initiatives and dislocating scientists who inform safe practices in agriculture and, more recently, executive orders to undo vital public health legislation such as the Clean Air Act. That came as no surprise, considering that data related to climate change was removed from the public-facing EPA website in January of 2017, as if that would erase the science behind it or give credence to climate denial.

For the last couple of decades, scientific warnings about climate change have gone largely under-reported by media. In the last couple of years, the dramatic rise in cataclysmic events – whole regions leveled by massive hurricanes, tsunami-like storm surges, thousand-year floods and catastrophic wildfires – has made climate change hard to deny, but mainstream media has been reluctant to report that human activity has caused the “new normal” with any sense of urgency.

Although media coverage of the student protests about climate change around the world has drawn attention to the issue, efforts to address it here at home have spawned a new wave of resistance from those who consider initiatives like the Green New Deal a threat. “It’s pie in the sky,” “It’s unrealistic,” “You’ll have to trade in your car for a bicycle,” and “You’ll lose your job if you work in a coal mine,” are just a few of the arguments amplified by the opposition in social media and false messaging campaigns.

For anyone passing judgement about the Green New Deal, it’s important to understand that the negative propaganda about it originates with those who have a vested interest in making sure it doesn’t become law. Not ironically, they hail from the same corporate sectors that convinced the public – and Congress – to ban hemp in 1937. Why? Because they sought to eliminate competition for the then-new fossil fuels, which would eventually replace hemp for making every-day consumables like paper, textiles, composites, fuel, plastic, rope and hundreds of other products made more profitably using petrochemicals and trees, and pharmaceuticals, which replaced medicinal cannabis.

Since prohibition began, damage caused by fossil fuels, deforestation, unsustainable factory farms and the pharmaceutical industry have led to multiple environmental and public health crises. There is indisputable evidence that climate extremes we are experiencing now are directly linked to carbon emissions, unsustainable agriculture and deforestation. We’re approaching a tipping point at which reversing the warming trend will be impossible unless we take dramatic action to reduce emissions now. There’s no time to debate whether climate change is real. It is. There is no question we need to achieve carbon neutrality goals of the Green New Deal if we want to survive. The question is, how?

While the Green New Deal sets forth ambitious goals with benchmarks for drastically reducing carbon emissions over time, its authors have yet to instill public confidence that it will work – or explain how to achieve them without drastically diminishing quality of life. Who knows if they even know.

The solution may be as simple as revisiting a period of history when most consumable commodities were made of hemp. Fossil fuels (oil, trees, LNG, etc.) and industrial crops (BT Cotton, GMO Corn) have had a good run, but nearly everything made of those toxic resources can be made more sustainably with hemp biomass. The only barriers are 1.) lack of infrastructure, 2.) cost of innovation and 3.) limited market for hemp biomass, which could be overcome if Congress would green-light incentives to support innovation and the build-out of infrastructure required to fast track hemp as a carbon neutral alternative.

That’s the topic of today’s show and our guests, Trent Paasch and Mike Lewis of Third Wave Farms have ideas about ways in which to do just that.

Trent Paasch and Mike Lewis are co-founders of Third Wave Farms, a company established with a mission to revitalize America’s Rural Economies with Game-Changing Crop, New Technology and Regenerative Agricultural Practices. They met while working on a project with a company developing CBD products. Numerous discussions about the challenges and opportunities in hemp inspired the formation of Third Wave Farms.

Trent hails from Oregon where he was raised in a farming family. He has achieved a great deal of success in the food industry, starting in sales and working his way up through executive leadership positions. As CEO of Third Wave Farms, Trent oversees the C-team business development strategies and raises capital for the company’s expansion.

Mike is a third generation farmer from Farmington Maine. Having served in the Army, he later founded Growing Warriors, a veteran-oriented security project. In 2014, he began growing hemp for the Kentucky Pilot Program while serving on the Kentucky Hemp Commission. He then became the first federally permitted hemp farmer in the U.S. since prohibition and worked to help pass the 2014 Farm Bill. He has since won numerous awards for his innovations in Agriculture and currently serves as Treasurer on the Board of the Hemp Industries Association.

If not for the generosity of our supporters, we wouldn’t be here! We’d first like to express gratitude for our radio sponsors Blue Mountain Energy and Cannasphere Biotech. We are grateful! Many thanks go to Erik Godal for our theme “Evergreen.” We’d also like to shout out to XRQK Radio Network and Society Bytes Radio Network for broadcasting our show and Cannabis Radio for helping us spread the word online. If you’ll be in Las Vegas for MJBizCon, be sure to join us on Radio Row, where’ll we’ll be broadcasting during the event!