Hemp in High Places with A Conscientious Protestor 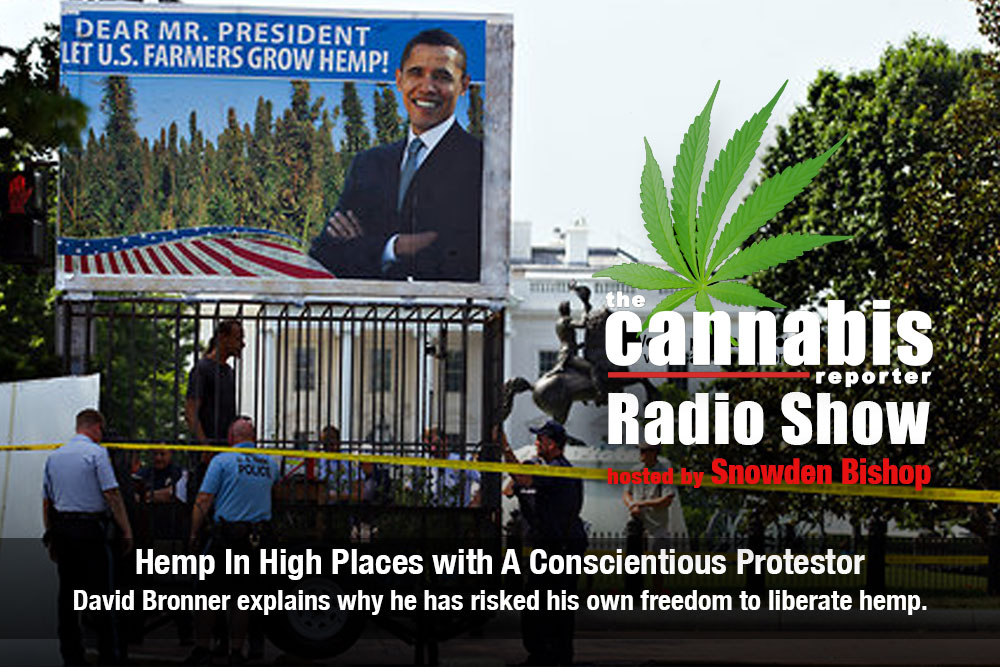 With the elections around the corner, hemp and marijuana advocates in 9 states are giddy with anticipation. Corporate opponents in the alcohol, pharmaceutical and private prison industries are spending hundreds of thousands of dollars on advertising to quiet the pro-cannabis message and protect their interests. They aren’t alone.

Some people will say or do anything to support their point of view. I recently heard Yavapai County prosecutor Shelia Polk declare that the reason ending alcohol prohibition was acceptable and ending marijuana prohibition is not is because Alcohol was legal before prohibition began. She went on to explain that cannabis was never legal before its prohibition.

That couldn’t be farther from the truth! Fortunately, the cannabis industry has evidence in their corner. They also have an advocate who has been willing to risk his own freedom to liberate hemp. David Bronner has taken his advocacy of hemp to high places including the DEA Museum and The White House. He has some stories to tell right after Nate Nichols adds context with his Marijuana Minute update. 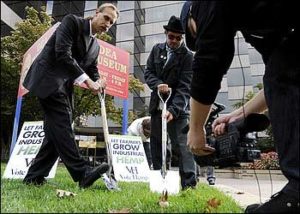 David Bronner is the CEO of the legendary Dr. Bronner’s Magical Soap company best known for its hemp-infused, environmentally-friendly soaps. As an environmental activist, David has risked his own freedom to stand up for what’s right. He earned his place in hemp advocacy infamy when he was arrested along with other famed protestors for planing hemp seeds in the front lawn of the D.E.A. Museum in 1999. serves on the Vote Hemp Board of Directors and is involved with the Hemp Industries Association (HIA) where he currently serves on the Board of Advisors and as Chair of the Food & Oil Committee. The Bronner family is supporting Vote Hemp and the HIA’s legal, media, grassroots and lobbying efforts to re-commercialize industrial hemp in the U.S. Dr. Bronner’s is also the founding sponsor of Hemp History Week, an annual campaign launched in May of 2010. Hemp History Week is the largest national grassroots marketing and public education effort created to renew strong support for hemp farming in the U.S. and raise awareness about the benefits of a hemp economy.

The Bronner family is committed to helping transition our major industries away from polluting, unsustainable materials and methods to cleaner, more sustainable ones. Hemp’s excellent fiber can replace virgin timber pulp in paper, glass fibers in construction and automotive composites, and pesticide-intensive cotton in textiles. Because of its huge market potential and high biomass/cellulose content, hemp is an ideal future crop for producing bio-ethanol and bio-plastics. David Bronner has protested the arcane policy of the U.S. government, alone among the major industrialized nations, which effectively prohibits domestic hemp cultivation — due primarily to “reefer madness” and confusion regarding hemp’s psychoactive cousin, “marijuana.”