Hemp For Victory: Legacy Campaign to Revive an Embattled Nation 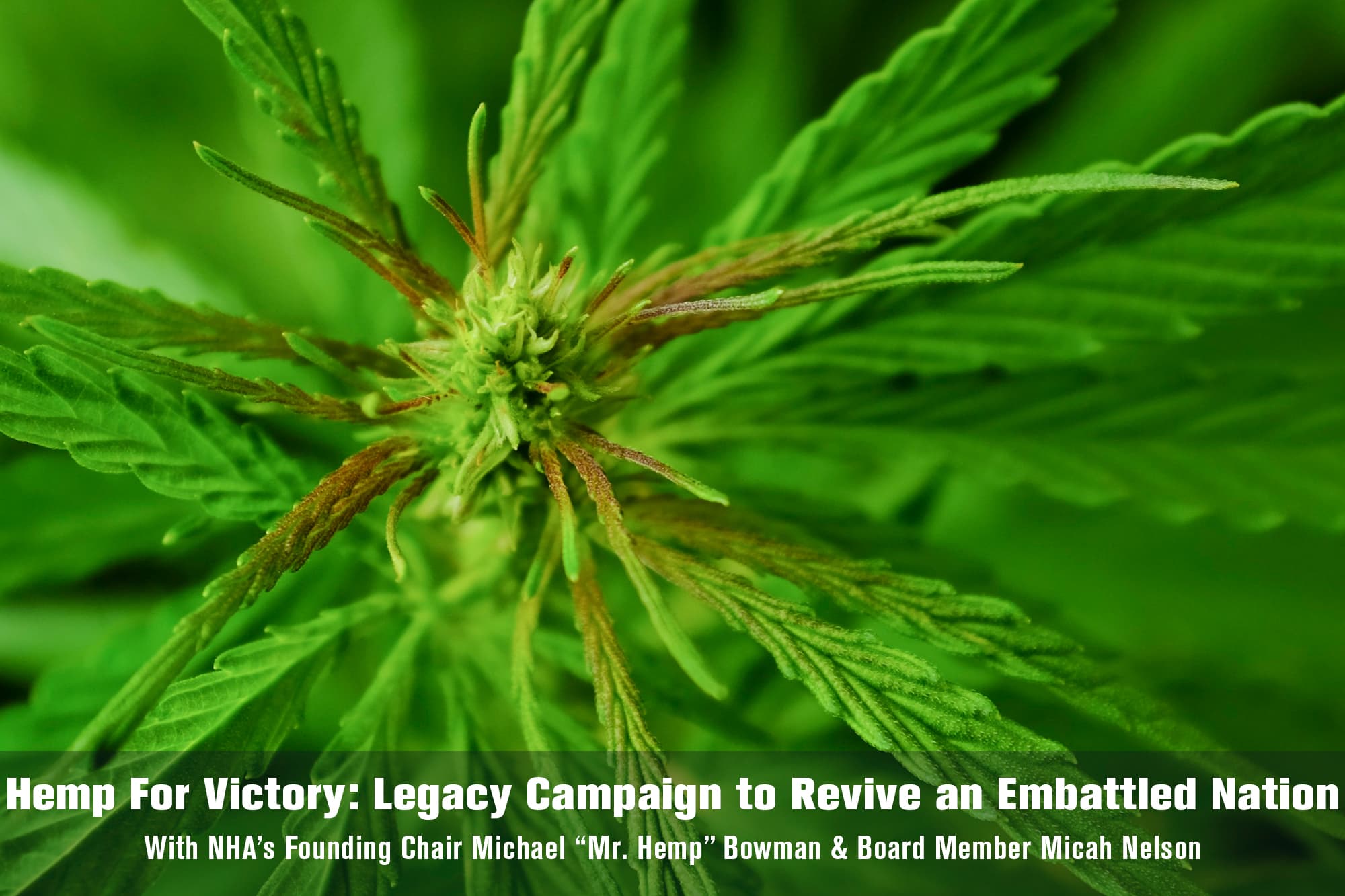 With all the talk about making America great, hemp prohibition would make for some very compelling debate. It could take years to unpack the many reasons why it’s so difficult for our government to realize scheduling hemp was a mistake. But – suffice it to say – they have no rational argument to justify current policy – Despite all we now know about the ways hemp could benefit our country, it remains illegal to cultivate in this country.

To put the absurdity into context, it’s important to note that it was once deemed illegal for farmers NOT to grow hemp in the U.S. In fact, there are numerous periods in American history when farmers who refused to produce hemp could be fined, arrested or lose their land rights. For more than 200 years, hemp was legal tender in most of the Americas and was often used to pay tax.

It’s common knowledge that some of our most devastating wars have been waged over natural resources. Oil, forest land, precious metals and gems are just some of the riches that thousands have died to acquire or protect. What’s not widely known is that – throughout history – great wars were fought over Hemp.

In the 1930s – when oil barons learned how to replace hemp with fossil fuels, hemp became illegal. The big “OOOOPs” happened in 1942, after the Japanese invasion of the Philippines cut off the supply of Manila hemp.

In dire need for hemp to support war efforts, the U.S. government produced a film called “Hemp For Victory” to encourage farmers to produce hemp. The government distributed 400,000 pounds of cannabis seeds to American farmers from Wisconsin to Kentucky. More than 42,000 tons of hemp fiber was produced annually until 1946 when the war ended and prohibition resumed.

With an embattled economy and glimpse of prosperity in a new era of hemp, another Hemp for Victory campaign is underway. That’s the topic of our show and there’s no one better than Michael “Mr. Hemp” Bowman and music icon Micah Nelson to explain it, right after Dr. Doner’s Medical Marijuana Minute.

Michael “Mr. Hemp” Bowman has spent his adult life active in rural advocacy serving as founding board member of numerous environmental and hemp advocacy organizations including the Rocky Mountain Hemp Association, Colorado Industrial Hemp Commission, the American Renewable Energy Institute and the Sustainable Biodiesel Alliance to name a few He is also a co-founder of the Colorado Farm2Cafeteria workgroup, advisor to the Savory Institute and a board member of the North American Industrial Hemp and is Founding Chair of the National Hemp Association. Michael has also helped to shape policy as Chair of Colorado’s New Energy Future, Co-Chair of Governor-elect Bill Ritter’s Energy Transition Team and author of Section 7606 of the 2014 Farm Bill, a provision that, for the first time since passage of the 1933 Farm Bill, grants farmers the right to cultivate hemp in states where hemp production is now legal. Michael is a graduate of the Colorado Agriculture and Rural Leadership program, a Next Generation Fellow in Columbia University’s American Assembly and a 2008 recipient of Gamma Sigma Delta’s Significant Achievement in Agricultural by Colorado State University.  He was member of the White House Champions of Change program in 2011 and was selected as one of twelve members of the 500-member program to meet with President Obama in April, 2012 to celebrate the one-year anniversary of the program.

J. Micah Nelson comes from a lineage of musical and cultural pioneers, growing up touring with his father Willie and brother Lukas, he has always been surrounded with vibrant and authentic creative spirits. As a visionary artist and a talented musician, he has showcased his artwork and performed in countless venues spanning the creative spectrum. From his involvement in the psych-punk-orchestra Insects vs. Robots, his ongoing musical collaborations and extensive touring with Neil Young, and performance-art contributions to the band POTR with his brother Lukas, he has performed with various iconoclastic acts at events and festivals like Neil Young’s Bridge-School Benefit, FarmAid, Desert Trip festival, Lightning in a Bottle, Coachella and Bonnaroo. He has also appeared on shows like Conan O’brien, Jimmy Fallon, and Jimmy Kimmel Live to name a few. While he is constantly exploring the symbiosis of light, sound and vibration, striving to discover various forms of expression as a creative artist, he also devotes immeasurable energy advocating for hemp, a passion inspired by his father’s support of environmental causes and involvement in the FarmAid benefit concerts, which have helped countless American Farmers and agricultural communities. As a member of the board of the National Hemp Association, he is lobbying for Congress to pass the Industrial Hemp Farming Act of 2017. He has teamed up with Michael Bowman to initiate the modern Hemp for Victory Campaign.