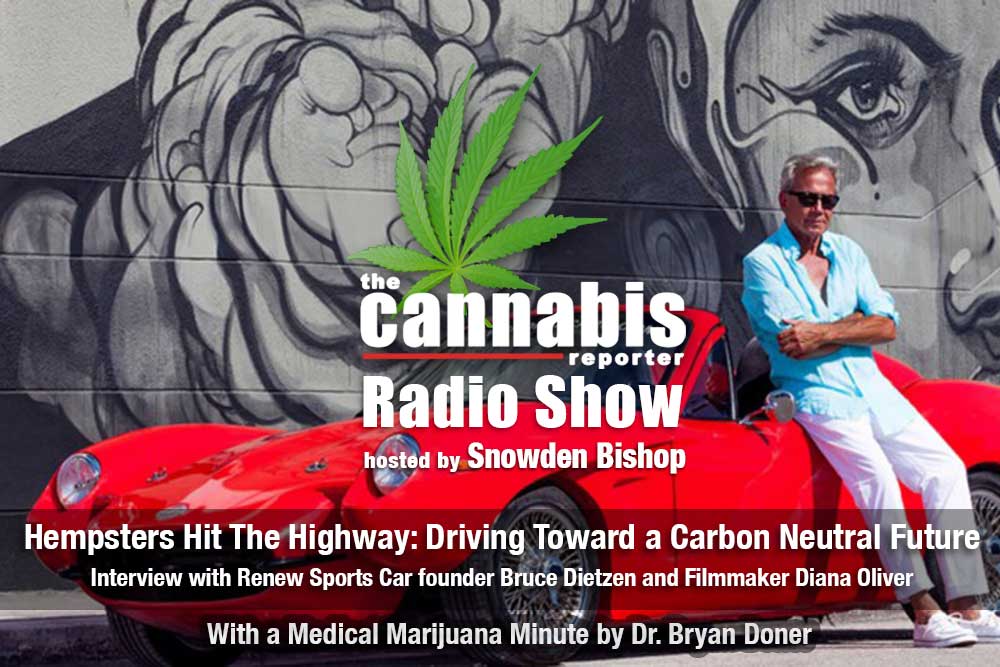 If ever there were a need for sustainable, renewable and restorative natural alternatives to carbon-intensive fossil fuels and toxic pharmaceuticals, it would be now. More convinced than ever that hemp could solve complex problems, we decided to produce another three-part series to scratch the surface a little deeper. We begin this week with couple of modern-day “Hempsters” who were inspired by a visionary hemp farmer whose revolutionary invention was ahead of his time.

To provide historical context for this interview, it’s worth mentioning that hemp production ended after a handful of wealthy tycoons launched a campaign to defame its virtues to eliminate competition for their own commodities. By 1937, their vast holdings in forests and fossil fuels were exploited for making nearly everything that previously been made with hemp, from paper and textiles to medicine and gasoline. While their progeny inherited the power and wealth of the empire they built, their legacy would threaten the well being of future generations. Hemp was all but forgotten until a half century later when a man by the name of Jack Herer dared to expose the damage and corruption caused by prohibition. Arrested for protesting hemp, he began writing about it during his lengthy incarceration.

Herer’s most famous book, The Emperor Wears No Clothes, ignited passions of a new generation of hemp advocates and earned him the honorary title of “Emperor of Hemp” as a legendary hemp hero. He called out the hypocrisy of DEA policy by reminding us that our country was established on the wealth hemp provided. He tried to warn us about the environmental damage caused by prohibition by referring to Henry Ford’s famous question: “Why use up the forests, which were centuries in the making, or mines, which required ages to lay down, if we can get the equivalent of forest and mineral products in the annual growth of the hemp fields?”

Ford’s concern is more relevant today than ever before with mounting environmental and human health problems that hemp could solve. His vision for the future of auto making, which manifested as a revolutionary vehicle made of and fueled by hemp grown in his fields, was cut short when prohibition began. Thanks to the movement catalyzed by Herer, Ford’s vision has re-emerged as a blueprint guiding a more sustainable auto industry, which leads us into our topic.

This week we caught up with the visionary creator of the Renew Sports Car and producer of the iconic Hempsters documentary series who are driving toward a carbon-neutral future in a sleek, hemp-bodied vehicle inspired by Ford’s vision.  I introduce them right after Dr. Bryan Doner’s Medial Marijuana Minute.

Bruce Dietzen is the visionary behind the Renew Sports Car, a nimble, sexy roadster with a tougher than steel hemp exterior powered by biofuel. He collected classic sports cars before moving to Key West when his interests turned to ecology. Inspired by Henry Ford’s 1941 hemp-bodied, hemp-fueld sedan that was twice as green as today’s electric cars, he began to investigate ways to incorporate hemp into a modern sports car that could inspire sustainable transformation in the auto industry. His creation has sparked interest by the media and garnered media attention and was recently featured on Jay Leno’s Garage. As president of Renew sports cars, he envisions a all cars being carbon negative cars by 2025 and advocates for hemp as means to a carbon neutral future. His hemp car is the subject of Diana Oliver’s next Hempster film titled Hempsters: Cannabis Car Sustainability Tour.

Diana Oliver is an accomplished filmmaker with an expansive repertoire of film and television projects to her credit. Considered a maverick within the hemp movement, she has parlayed her gift of storytelling to advocate for cannabis with a vision toward restoring balance to Mother Earth. As the owner of Thunderbird Productions, she produced the iconic series of films known as Hempsters, featuring Woody Harrelson, Willie Nelson and other legendary musicians and Hollywood A-listers who shared her passion for raising awareness about hemp. The first in the series “Hempsters: Plant the Seed” garnered a faithful following and a call for the films that followed including Hempsters: An American Revolution and Hempsters: Canada Seeds of Growth. She continues to hold the mantle for education about hemp with the next film in the series, Hempsters: Cannabis Car Sustainability Tour.

If not for the generosity of our supporters, we wouldn’t be here! We’d first like to thank our sponsors Hemp Meds and Healthtera. We’d also like to shout out to our producer, Ed Vanderlee and the team at Star Worldwide Networks, Erik Godal, the composer of our theme “Evergreen,” Dr. Bryan Doner for the Medical Marijuana Minute, Steve Webb, our program director at XRQK Radio Network and Compassionate Certification Centers for helping us spread the word. We are grateful!