How Cannabis Helps My ADHD – A Patient’s Story 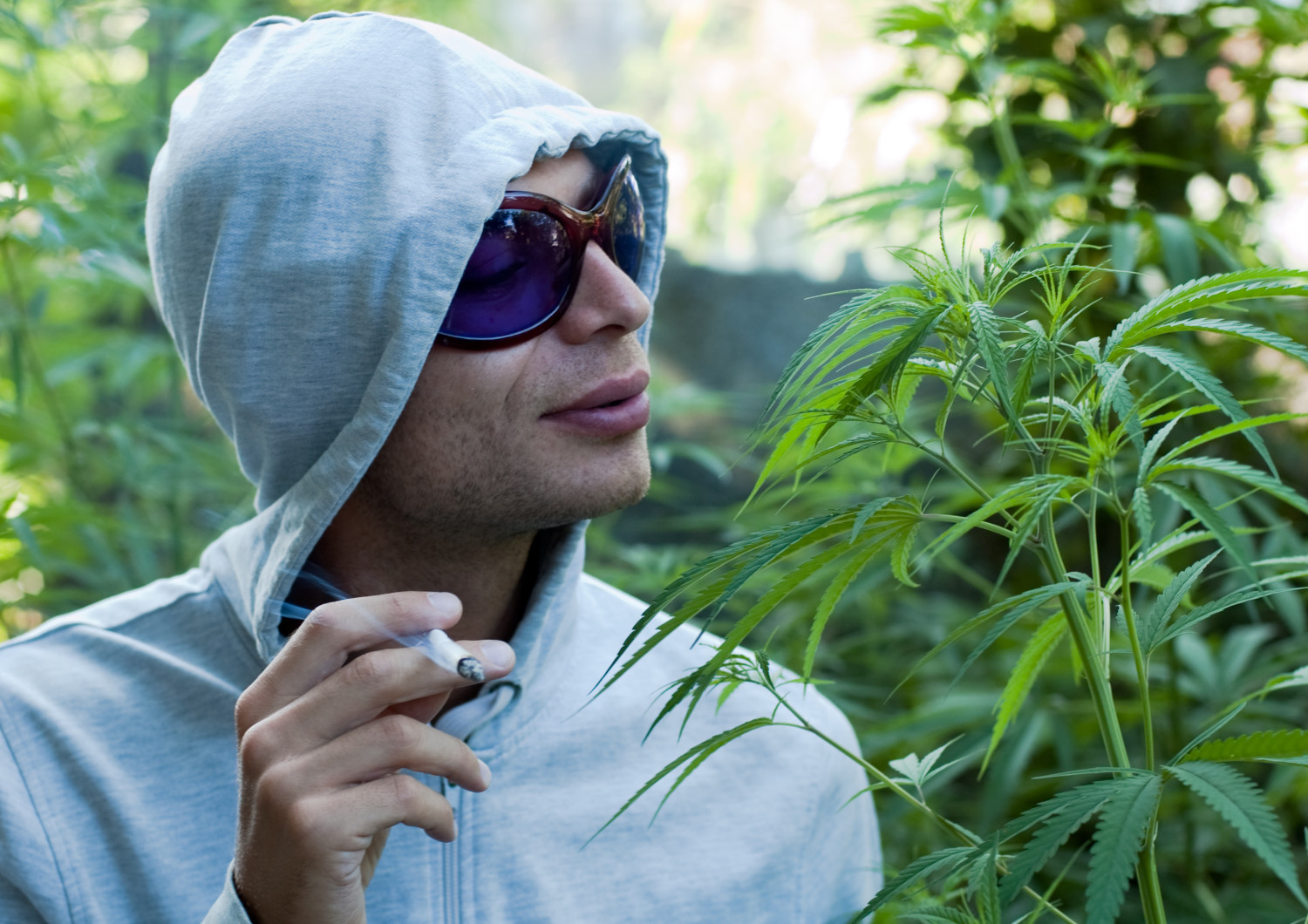 Let me introduce myself, I am a 32-year-old entrepreneur with Attention Deficit Hyperactivity Disorder (ADHD) and I use cannabis, daily, to manage my condition. I’ve spent the past decade running international businesses on two continents, and have previously been in a long-term relationship for nine years; which provided me with a beautiful 6-year-old daughter whom I care for jointly.

My story starts when I was diagnosed at age two with ADHD and spent the next three years on a series of diets that have affected my eating habits to this day. I didn’t have chocolate, sugar, wheat or cow’s milk until I was five. From then I was medicated with amphetamine-derived drugs for over 20 years. First Ritalin, then in my 20s Concerta. By age 10 I was prescribed double the maximum daily dose (which is 6 tablets or 60 mg) and I was given 12 tablets or 120mg methylphenidate per day. By age 15 I was on 4.5 x the maximum daily dose at 25 tablets and 250mg per day.

At the time I was unaware but I became addicted to these drugs before my 10th birthday; they caused my personality to swing one way then the other when the drugs were wearing off. Due to the addiction and high doses I was taking, as well as the rapid on and offset of the drugs, I was essentially undergoing withdrawal on a daily basis. That didn’t affect me so much until I was older but alongside this I also suffered from an inability to eat, especially at regular times. I suffered from daily bouts of morning nausea and vomiting, stomach cramps and symptoms of an irritable bowel.

At age 15 – and already smoking tobacco – my doctor, who had admitted to taking methylphenidate (then a dieting drug) in medical school to aid studying, recommended that I try a cannabis joint in the morning to help my nausea. I was amazed, no sickness, no cramps, I could eat breakfast for the first time that I could remember in my life. After starting smoking cannabis I noticed a lot of changes. I started making friends, something I had always found very difficult, I gained excellent grades at school and a university place. I also found I was able to decrease the amount of Ritalin I needed to take and found it easy to stop smoking tobacco cigarettes.

After finishing university and starting work I found the mood-swing side effects of the Ritalin were causing me difficulties in my work life and relationships, so in my mid-twenties I was switched to a slow-release version of Concerta in order to try to stop these fluctuations. At the same time I continued medicating with cannabis and spent several years managing an international development company primarily engaged in the public and health sectors.

During the end of my relationship, like many others, I found myself in a custody battle. As my condition and medication was being used against me I chose to cease all prescription medications including cannabis, under my lawyer’s advice and my psychologist’s monitoring. I promptly spent the next 18 months unemployed and after losing both of my houses, found myself homeless as well. I found myself in receipt of benefits for the first time in my life.

Eventually, despite feeling so much better in myself (general health and wellbeing) after ceasing the methylphenidate, but realising that unmedicated I could not work, I chose to take what some may call a drastic step. I knew cannabis helped me keep calm and focused and so I researched online about new therapies with types of cannabis. Eventually I used my job seekers allowance to purchase an ounce of the correct strain of cannabis. I used this to settle my mind for a long enough period to re-incorporate, gain several new clients, launch a new company, and start to become a part of society again.

I now use only cannabis to treat my condition; I have no more stomach cramps, I have no more mood swings, and I have no more need to take a stimulant medication that has a host of side effects. The use of cannabis to treat ADHD was, like Ritalin, started in the USA, but it amazes me to find out how many people find their way to it without even knowing it, probably more than any other condition. A lot of ADHD people who are undiagnosed end up treating themselves with either cannabis or cocaine (similar effect to Ritilin) without knowing why.

ADHD affects the mind. I often liken it to having several TVs on full blast around you, each catching your attention for a few seconds before the next pulls you in, coupled with an innate, almost childlike excitability at times. Essentially this gives the person a continuous inability to concentrate correctly/fully but also at the same time a near endless stream of new creative views and insights to distract you. This is exacerbated by high stress, and busy situations and can lead to impulsivity, silly mistakes and aggression. Often people with ADHD tend to have lower IQ’s due to poor attention/attendance at school and the difficulties we have learning on our own.

They make up a massively disproportionate amount of the prison population (around 25% of all prisoners have ADHD, whereas it only occurs in 3-5% of the total population naturally). This is due to their aggression and impulsivity, as well as a lack of opportunities owing to adolescent behavioural difficulties and the aforementioned lack of schooling. Cannabis changes this. It allows ideas to be held in the mind and pursued rather than evaporate like phantoms the second you try to focus on them. It stops the fidgeting and inability to form cognitive, consecutive thoughts. It even slows down our often rapid, clipped, speech. It aids our ability to learn, concentrate, and function better. It calms our often quick tempers and enables better interaction in times of stress and friction. It allowed me to write and edit this article.

Another interesting example of what cannabis does for me that other drugs cannot do is that as a side effect of my condition I used to have at least three fault road accidents a year, every year, for over a decade. I have written off more than 15 Cars, often damaging the courtesy car I had while mine was in repair. Once I had stopped the methylphenidate and switched solely to cannabis I haven’t had any further accidents and for the first time in my life have a no claims bonus (4 years now). This behaviour of ADHD people whilst driving, and cannabis’ aid to ADHD persons, has been shown in a number of medical papers from Germany. It’s also worth noting that from a pharmacological point of view methylphenidate is both far more toxic and addictive than cannabis, yet I was prescribed it from age five.

After realising that I had finally found an answer and that other European countries prescribed cannabis for my condition, I then sought permission to import cannabis. Later to grow cannabis and to bring my prescription across from Holland, from my Dutch doctor. I was refused at all avenues. After 18 months of trying to make the UK Home Office stick to its part of the Schengen Agreement, they would only allow, for example, an Irish national living in the UK (or even a British national if they reside abroad or have access to a non-UK European address) to obtain a Dutch or German prescription and to smoke their medicinal cannabis in the UK legally, they held to their belief that this doesn’t apply to a British national residing in the UK, prescription or not. I chose to grow my own.

I used seeds and equipment specifically sold for cannabis cultivation in the UK using cannabis products specifically designed for UK water. I grew a plant called ADHD, a special variant of cannabis which is the best medically for my condition and involved no organised crime nor had any victim. Eventually (and unluckily) I was caught growing my medicine, in a secure shed, padlocked and in accordance with the strictest European guidelines for growing. I was given a caution and told not to grow anymore.

The cost to the state was 3 arresting officers (12 hours), 4 detectives (6 hours), 3 patrol cars, 2 photography unit vans, one police van to arrest me, one interviewing special sergeant (2 hours), my dentation in a cell (13 hours), two inedible meals, and the processing and paperwork for each of these people, units and activities on top. For 15 plants, enough to give me a 3.5 month supply of my medication. Currently I have to purchase my cannabis from criminals, which is often not quite the right sort or strength. It costs me around £500 per month to buy, compared to £35-50 per month in electric to grow them.

I have no wish to be a criminal, though the status doesn’t bother me as much as it does some, so I carry on regardless. I can only hope that over time the law changes to allow both medicinal and recreational use.

This article was written anonymously by an ADHD sufferer who uses cannabis to treat the condition and was first published on November 2, 2015 at The Health Benefits website.