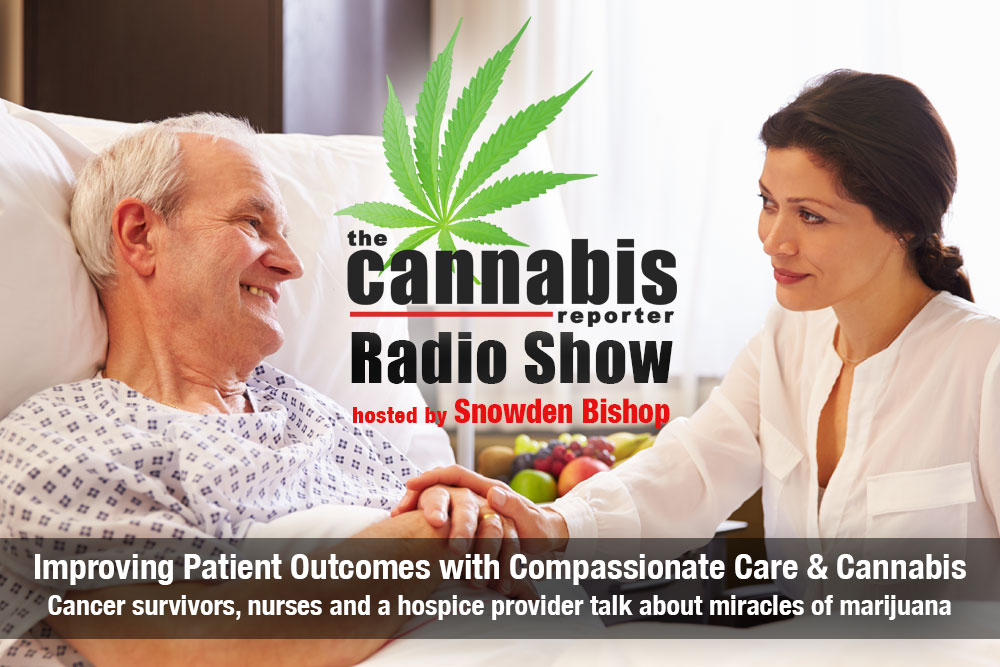 In three weeks, citizens in 9 states have an opportunity to determine the future of cannabis. These ballot measures are not just about legalizing marijuana for pot smokers. They have deeper meaning to people who really need compassionate care. Legalization will not only improve access for patients whose medical conditions don’t qualify under state medical marijuana programs; they will make medical cannabis more affordable, improve access for caregivers, allow for laboratory testing for purity, help to remove barriers to care and improve patient outcomes.

I’ve mentioned before that this issue is personal to me. After a traumatic brain event and a four week coma, my father was diagnosed with neuropathic degenerative encephalopathy and multi-system atrophy. His doctors told me that he had two weeks to live and recommended hospice. I refused to believe that a retired career Navy officer who had been living independently, flying his own plane, driving his own car and traveling the world just two months before would be unable to recover. I asked his doctors to consider replacing his toxic pharmaceuticals with hemp concentrates, and received a firm “no” in response. So I took matters into my own hands, began practicing as I preach and watched as miracles unfolded.

I’ve spoken with a lot of people who are dealing with aging parents, caring for terminally ill loved ones or fighting disease themselves in institutional settings where medical professionals refuse to try cannabis when pharmaceuticals fail. It seems, the people who need medical marijuana most – the elderly and terminally ill – have the least access to it. Compassionate care is the subject of this episode and it’s what guides the mission of our guests, who provide living proof that cannabis not only relieves symptoms of disease, it can actually cure disease. Nate Nichols set the stage with a to-do list for anyone considering compassionate care with cannabis.

Sarara Corva has been involved in all aspects of the marijuana industry, with a passionate emphasis on marijuana as medicine, since 2010. Diagnosed with breast cancer in 2011, she cured herself with the support of alternative medicine practitioners and through a variety of holistic healing modalities including cannabis.  She then founded a non-profit, iCANhealNOW Foundation, with the mission of assisting people to understand their healing choices.

Sarah Bargas is a registered nurse who specializes in cannabis therapeutics. Shortly after a terminal cancer diagnosis in 2013, she was introduced to the idea of using cannabis in the healing process. Since then she has been involved in multiple areas of medical cannabis, from activism and community education to working one-on-one with patients and their families. Having worked in the cannabis industry in three legal states, she currently resides in Pennsylvania with her three children.

Tina Zang is the president and founder of Sage Hospice and Palliative Care. In her early 20s, Tiana had the honor of caring for her mom and dad at home until they passed away. Through these sad experiences Tiana developed a passion and desire to make end of life care as peaceful and dignified as possible. She believes in providing compassionate, comprehensive, and qualified care to patients with life limiting illness in order to serve them through their individual journey with dignity, respect and integrity.