How Israel Became A Global Leader in Cannabis Science 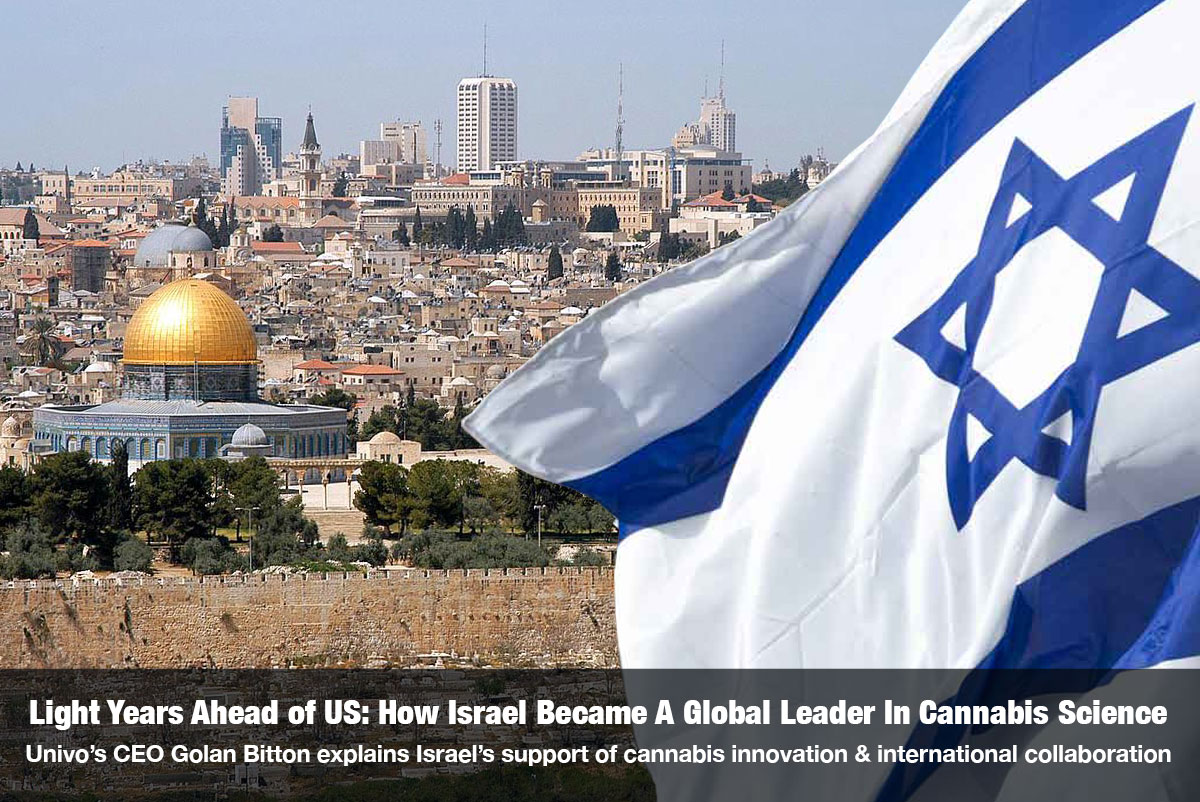 For more than a century, the U.S. has been considered the leader of the free world, defending humanitarian rights and promoting democracy around the globe. As the birth place of automobiles, electricity and the World Wide Web, it has set trends with innovative technology, safety standards and social trends that have changed the way people live. But it has also become known as the police force of the world, establishing international laws, diplomatic policies and treaties, which most other countries eventually adopt as their own.

So, when the United States banned cannabis, most countries followed suit after they had been sufficiently convinced by US diplomats that cannabis was a dangerous drug. It’s no accident that the United States soon became a leading producer of new pharmaceutical drugs and industrial products exported to countries that once produced their own medicine, paper, textiles, fuels and composites out of locally-grown marijuana and hemp before it was no longer legal.

With revelations about the injustice of prohibition and the emergence of indisputable evidence that cannabis should never have been scheduled, a number of countries have been abandoning U.S. drug treaties. One by one, countries began legalizing or decriminalizing marijuana within their borders and dedicating resources to support medical cannabis research.

For the first time since the industrial revolution, the U.S. has taken a back seat to other countries driving the advancement of cannabis research. In the race to develop medical breakthroughs and compete in the global cannabis market, one country, Israel, has become a global leader in cannabis science.

The State of Israel has been encouraging the study of cannabis since the 1960s, when famed researcher Dr. Raphael Mechoulam first isolated and studied the first known cannabinoid, THC. Then at Hebrew University, Dr. Mechoulam also discovered that THC could help alleviate symptoms of PTSD and the Israeli Parliament enacted the first post-prohibition law allowing Israeli’s soldiers to legally use cannabis. Since then, his research led to the discovery of the human endocannabinoid system and its importance to human health.  Since then, Israel has become regarded as a global leader on medical cannabis breakthroughs that have helped to transform attitudes about cannabis policy around the world and here in the U.S.

Israel has granted permission for U.S. research institutions to work with its scientists to develop new therapeutic uses for cannabis and a handful of Israeli companies are now allowed to export their medical cannabis products to countries around the world, including to U.S. states where it’s legal for medical use.

That’s the topic of this interview with Golan Bitton, CEO of Univo.

Golan Bitton is CEO of Univo, an Israeli-based pharmaceutical company founded in 2016. There, he leads a team of professional biochemists who are developing a diverse line of medical cannabis products from proprietary, genetic-specific cultivars grown in a highly sophisticated GAP greenhouse and a GMP state of the art manufacturing facility. He will be speaking at the London CBD Expo, which takes place during the first week of June in, you guessed it, London with Israel’s former Prime Minister Ehud Olmert, who recently joined Univo’s Board of Directors. Golan has 22 years of managerial experience in the Israeli Ministry of Defense. He Implemented and managed multi-million dollar projects for the Israeli Government. Golan holds a B.A. in Economics from Max Stern Academic College and Computer Engineering from Negev University.