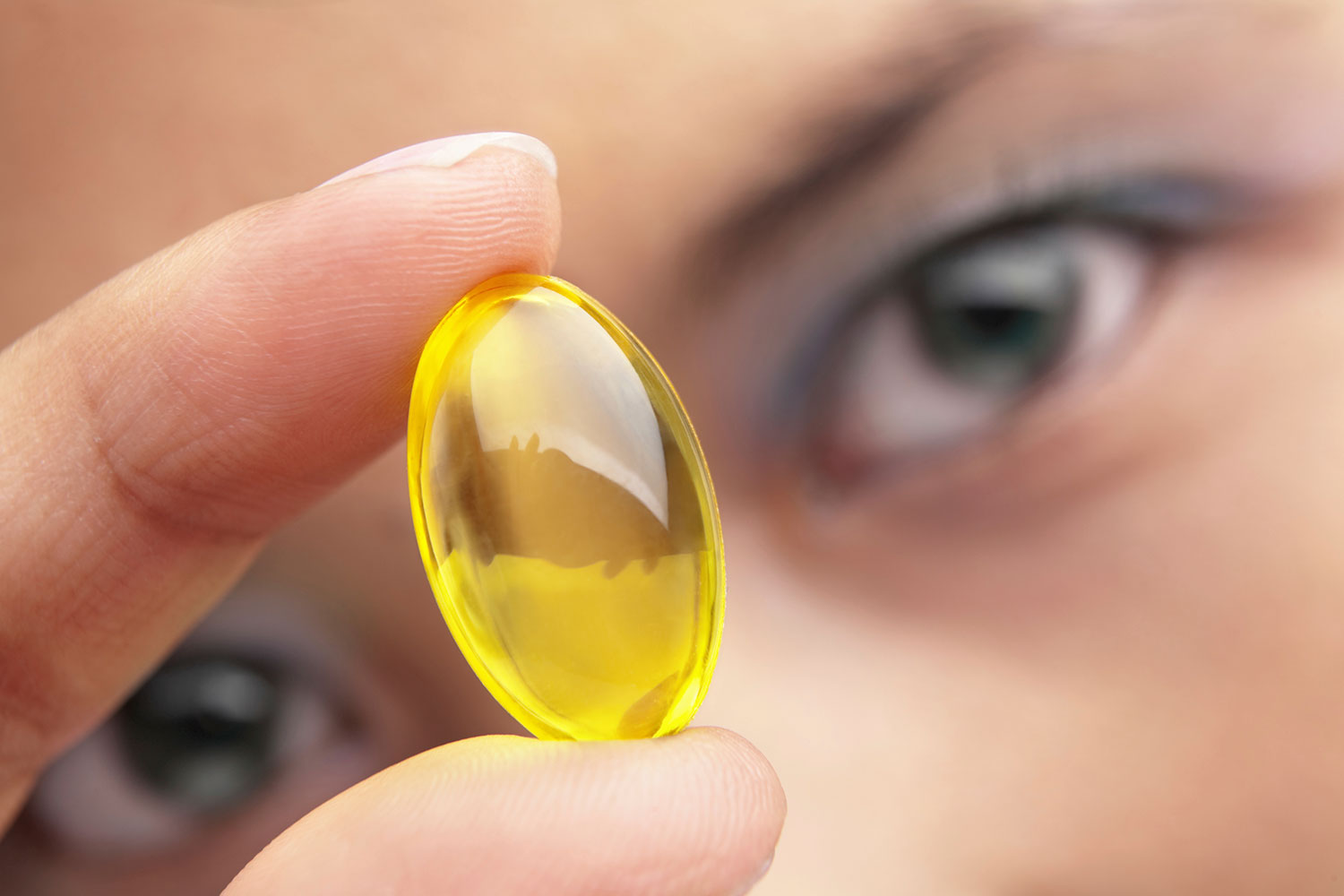 Cannabis has become widely used by cancer patients to stimulate appetite and alleviate the often-debilitating side effects of chemotherapy. Despite the abundance of anecdotal evidence and patient testimony about the efficacy of cannabis for treating a wasting syndrome known as cancer-related anorexia-cachexia syndrome (CACS), there has been a lack of clinical data supporting the curative effects on CACS among the medical community… Until now.

The Journal of Integrative Cancer Therapies published the final results of a preliminary study on the efficacy of full-spectrum cannabinoids for treating CACS. Led by Dr. Gil Bar Sela (MD) at the Rambam Health Care Campus (HCC), Division of Oncology, in Haifa, Israel, the study found that a lipid-based formula of a full spectrum of cannabinoids delivered in the form of dosage-controlled capsules to be effective for treating advanced cancer patients diagnosed with CACS.

Data collected demonstrated positive effects including increased appetite and weight gain and no adverse side effects except for a strong euphoric effect reported by some patients, which was addressed by reducing the THC dose from 10 mg to 5 mg. Despite various limitations, the current preliminary study demonstrated more than 10% weight increase of in 17.6% of the patients with doses of 5 mg × 1 or 5 mg × 2 capsules daily, without significant side effects. The results justify a larger study with dosage-controlled cannabis capsules in CACS.

“This study is an important milestone,” said Eyal Barad, CEO and Co-Founder of Cannabics Pharmaceuticals, Inc., a publicly traded U.S. biotechnology company that conducts scientific and clinical research on cannabinoid formulations with a focus on cancer. According to information provided by Cannabics, this appears to be the first study investigating the effect of dosage-controlled cannabis capsules on CACS and, more specifically, on weight variations in advanced cancer patients.

The capsules used in the study, which were provided by Cannabics, were comprised of two fractions of oil-based cannabis compounds: one is a liquid consisting of pure cannabinoid extract dissolved in organic coconut oil for rapid therapeutic benefits; and the other a consolidated cannabinoid compound in a lipid-based delivery system that prevents degradation and facilitates gradual release for extended therapeutic effects (6 to 8 hours),

Approved by the Ministry of Health Unit for Medical Cannabis and the hospital’s institutional ethics committee, the study was conducted in alignment with the Good Clinical Practice criteria and the Helsinki Declaration. Participants were selected based on certain inclusion criteria: Adults (>18 years); diagnosed with and under treatment for advanced cancer; a life expectancy greater than three months; who had lost at least five percent of their body weight during the preceding two months; and held the belief that diminished appetite or weight loss is an ongoing problem for them. Since participants were undergoing therapy for existing disease, the use of chemotherapy or radiotherapy was allowed during the study.

“We always believed that our cannabis-based products have the potential to help support cancer patients as part of their treatment plan, and today we have clinical data indicating we are on the right track,” said Barad. “Based on these results we are now in the process of initiating collaborations with leading international medical institutions to continue and expand our research and commercial activities.”

What is cancer-related cachexia and anorexia syndrome?

Cachexia is defined as a “multifactorial syndrome characterized by an ongoing loss of skeletal muscle mass (with or without loss of fat mass) that cannot be fully reversed by conventional nutritional support and leads to progressive functional impairment. Cachexia may be masked by excess weight, obesity, edema or tumor mass. Anorexia is a subjective term describing reduction or loss of appetite. Although it is commonly known that patients coping with cancer and cancer treatments experience loss of appetite, the exact prevalence of anorexia is unknown. In one study on advanced cancer patients, more than half the patients experienced anorexia. A North Central Cancer Treatment Group study of 1115 patients with colorectal and lung cancer found that cancer patients with anorexia had lower survival rates and experienced more toxicity from chemotherapy than similarly matched patients who maintained their appetite. Cachexia primarily caused by anorexia or reduced intake has been defined as cancer-related cachexia and anorexia syndrome (CACS). CACS, unlike cachexia, includes weight loss caused by muscle wasting, as well as lipolysis and decreased intake. Source: [Cannabics Pharmaceuticals, Inc.]

The cannabis capsules used in this study contains 2 fractions of oil-based compounds. A liquid and transparent fraction, which contains pure cannabinoid extract dissolved in organic coconut oil, is responsible for the quick onset of the therapeutic effects within 20 to 60 minutes. A consolidated cannabinoid, lipid-based drug delivery systems fraction is responsible for a gradual and long-lasting therapeutic effect (6-8 hours), due to a proposed constant and steady release of active cannabinoids. The formulation contains a pure extract of cannabinoids, monoglyceride, and diglyceride (E471), combined with carrageenan, which is known for its controlled release properties and organic coconut oil. The 2 highly abundant cannabinoids in cultivated cannabis plants are THC and CBD (cannabidiol). The study capsules contained either 10 mg of active cannabinoids of which THC is 9.5 mg and CBD is 0.5 mg or 5 mg of active cannabinoids (THC 4.75 mg and CBD 0.25 mg).

Cannabics Pharmaceuticals Inc. (OTCQB: CNBX) is a U.S public company that is developing a platform which leverages novel drug-screening tools and artificial intelligence to create cannabinoid-based therapies for cancer that are more precise to a patient’s profile. By developing tools to assess effectiveness on a personalized basis, Cannabics is helping to move cannabinoids into the future of cancer therapy. The company’s R&D is based in Israel, where it is licensed by the Ministry of Health to conduct scientific and clinical research on cannabinoid formulations and Cancer.

Background: Cancer-related cachexia and anorexia syndrome (CACS) is a common phenomenon in cancer patients. Cannabis has been suggested to stimulate appetite but research on this issue has yielded mixed results. The current study aimed to evaluate the effect of dosage-controlled cannabis capsules on CACS in advanced cancer patients. Methods: The cannabis capsules used in this study contained two fractions of oil-based compounds. The planned treatment was 2 × 10 mg per 24 hours for six months of tetrahydrocannabinol (THC) 9.5 mg and cannabidiol (CBD) 0.5 mg. If patients suffered from side effects, dosage was reduced to 5 mg × 2 per day (THC 4.75 mg, CBD 0.25 mg). Participants were weighed on every physician visit. The primary objective of the study was a weight gain of ≥10% from baseline. Results: Of 24 patients who signed the consent form, 17 started the cannabis capsules treatment, but only 11 received the capsules for more than two weeks. Three of six patients who completed the study period met the primary end-point. The remaining three patients had stable weights. In quality of life quaternaries, patients reported less appetite loss after the cannabis treatment (p=0.05). Tumor necrosis factor-α (TNF-α) levels decreased after the cannabis treatment but without statistical significance. According to patients’ self-reports, improvement in appetite and mood as well as a reduction in pain and fatigue was demonstrated. Conclusions: Despite various limitations, this preliminary study demonstrated a weight increase of ≥10% in 3/17 (17.6%) patients with doses of 5mgx1 or 5mgx2 capsules daily, without significant side effects. The results justify a larger study with dosage-controlled cannabis capsules in CACS.