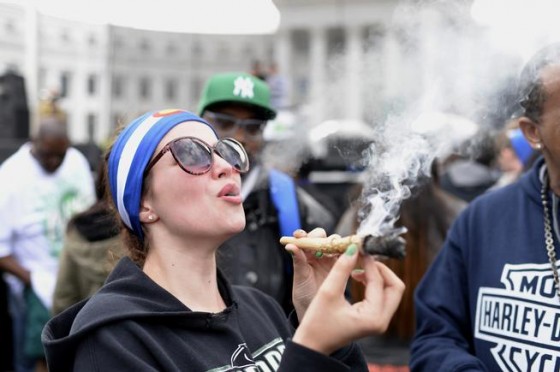 By John Ingold and Ricardo Baca, The Denver Post

Colorado’s treatment centers have seen a trend toward heavier marijuana use among patients in the years after the state legalized the drug, according to a new report from the state Department of Public Safety.

The 143-page report released Monday is the state’s first comprehensive attempt at measuring and tracking the consequences of legalization.

In 2014, more than a third of patients in treatment reported near-daily use of marijuana, according to the report. In 2007, less than a quarter of patients reported such frequency of use.

The finding is among a growing body of evidence that marijuana legalization has led to a shift in use patterns for at least some cannabis consumers, a trend that worries some researchers.

“While we have been arguing about legalization, the country has developed a serious cannabis abuse problem for the first time,” Mark A.R. Kleiman, a New York University professor who studies marijuana legalization, said last year.

The treatment data is just one insight from the new report, which looks at outcomes from tax revenue to impacts on public health to effects on youth.

Among its findings is a steady increase in marijuana use in Colorado since 2006, well before the late-2000s boom in medical marijuana dispensaries. The report documents a sharp rise in emergency room visits related to marijuana, although it does not specify whether edible pot products are to blame. It notes a dramatic decline in arrests or citations for marijuana-related crimes and little change in the number of people arrested on suspicion of driving stoned.

But the report, written by statistical analyst Jack Reed, isn’t meant as a final statement on legalization’s impact. Because Colorado’s data-tracking efforts have been so haphazard in the past, the report is more of a starting point.

“It is too early to draw any conclusions about the potential effects of marijuana legalization or commercialization on public safety, public health, or youth outcomes,” Reed writes, “and this may always be difficult due to the lack of historical data.”

It’s not just the lack of data from past years that complicates the report. Reed also notes that legalization may have changed people’s willingness to admit to marijuana use — leading to what appear to be jumps in use or hospital visits that are really just increases in truth-telling. 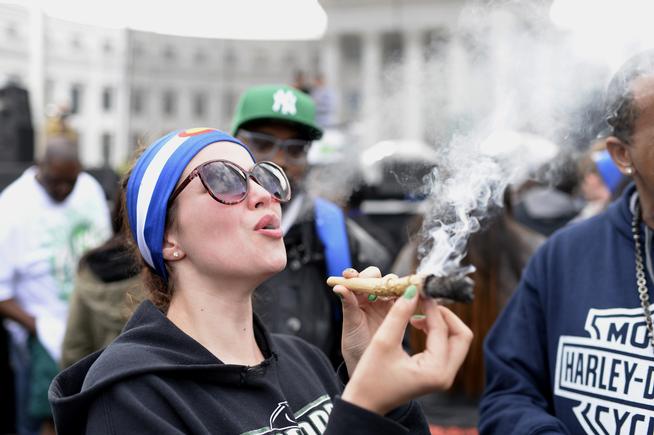 Abby Lindsay blows out smoke after smoking on a large joint on Saturday, April 18, 2015 at Civic Center Park in Denver. (Denver Post file)

State and local agencies also are struggling to standardize marijuana data-collection systems. For instance, Reed’s original report noted an explosive increase in marijuana arrests and citations in Denver, up 404 percent from 2012 to 2014. That increase, however, was the result of inconsistent data reporting by Denver in the official numbers given to the state.

Prior to 2014, the city mistakenly under-reported marijuana citation data. Then, in 2014, it included in its numbers civil citations for public marijuana consumption — which is a petty offense, not a crime. Denver provided Reed with revised numbers late last week that show a 75 percent decrease in marijuana arrests and citations.

Dan Rowland, a spokesman for Denver’s office of marijuana policy, said the city has now fixed its reporting issues.

“Our base lines that we have now are going to be better,” he said.

But, despite its challenges, the report identifies problems that policymakers will need to watch, said Andrew Freedman, who is the coordinator for Gov. John Hickenlooper’s marijuana policy efforts. He pointed specifically to the increase in marijuana-related emergency room visits and an uptick in drug-related suspensions at schools.

“While they weren’t major spikes, and while they may be attributable to increased enforcement and decreasing stigma, they point to potential long-term difficulties the state may face that are the unique result of legalization,” he wrote in an e-mail.

Colorado marijuana legalization by the numbers

Treatment Admissions Where Marijuana is Reported as the Drug of Abuse (Rate per 100,000 residents):

Self-Admitted Frequency of Marijuana Use Reported by Those Entering Treatment: