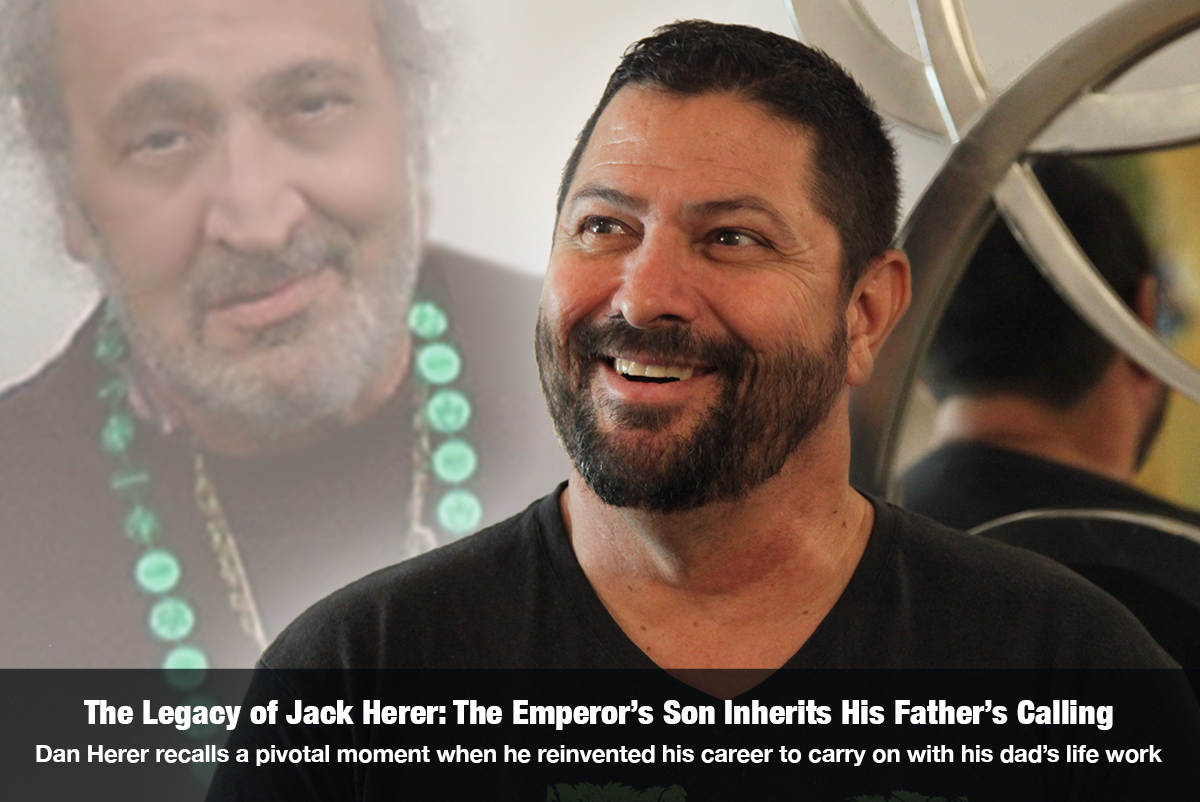 If you are already an adult, chances are you were raised to believe that marijuana was one of the world’s most poisonous drugs. Chances are you weren’t taught in school that our nation was built on a hemp economy or that our founding fathers were hemp farmers who used medicinal cannabis to relax. In fact, very few people knew that cannabis had once been lauded for its miraculous medicinal value or that hemp wasn’t a hallucinogenic drug until the 1990s. While most people know it now, back then there were very few who knew enough about it to question the laws or reason to care whether it hemp was legal or not.

With an abundance of unsubstantiated claims on counter-cultural websites, verifiable information was limited online back then. Those who were interested could find random studies or scholarly books. But one book stood out as a chronical of cannabis written in the form of an urgent call to action. It was called The Emperor Wears No Clothes by the notorious hemp activist Jack Herer.  In meticulous detail, he chronicled the history of cannabis, punctuating claims with exhaustive footnotes and copies of public records. He also exposed the sinister political motives behind the 1930s campaign to demonize Marihuana and Nixon’s plot to imprison millions of left-leaning voters when the Controlled Substances Act became law. Ironically, Herer was himself incarcerated at the time he wrote the first draft of the book, which was named after the classic Grimm Brothers fable about gullible citizens who fall for a great deception.

As a conservative-leaning veteran who considered himself a patriotic defender of freedom, Herer considered the egregious lies and injustice of prohibition a betrayal that called for protest. Despite being arrested for civil disobedience no fewer than 34 times, never stopped him from advocating for what he believed to be a harmless healing plant with potential to solve most of the world’s most consequential environmental, social and economic problems. He wrote, “If people could be educated to see through these lies, hemp could be rescued from obscurity and save the world because it would stop pine forests from being harvested for paper and Earth’s fossil fuel from being refined into filthy gasoline.”

Sadly, Jack Herer passed away on April 15, 2010, long before his dream of ending prohibition would be realized. The incredible sacrifices he made to educate the public about the injustice of prohibition galvanized a movement that would ultimately change the course of history and opened a door for advocacy that generations of advocates have walked through.

That’s the topic of today’s show and we couldn’t be more grateful that Jack Herer’s son joined us to discuss it.

Dan Herer grew up watching his father’s activism but it wasn’t until his father’s death that he decided to enter the business. He is the founder of the Jack Herer Foundation and Herer Group, where he is conducting research, developing products and producing cannabis. Herer Group is a corporate umbrella overseeing vertically integrated companies in the California cannabis market. The Group manages Herer Distribution, Herer Manufacturing, and Herer Labs & Research. All divisions are based in Santa Cruz, California.

If not for the generosity of our supporters, we wouldn’t be here! We’d first like to express gratitude for our radio sponsors Healthtera and Cannasphere Biotech. We are grateful! Many thanks go to Erik Godal for our theme “Evergreen” and Dr. Bryan Doner for the Medical Marijuana Minute. Photograph on cover courtesy of Resource Innovation Institute. We’d also like to shout out to XRQK Radio Network and Society Bytes Radio Network for broadcasting our show as well as  Compassionate Certification Centers and Cannabis Radio for helping us spread the word online.