Liberating Cannabis: a Right to Life Issue for Autistic Kids 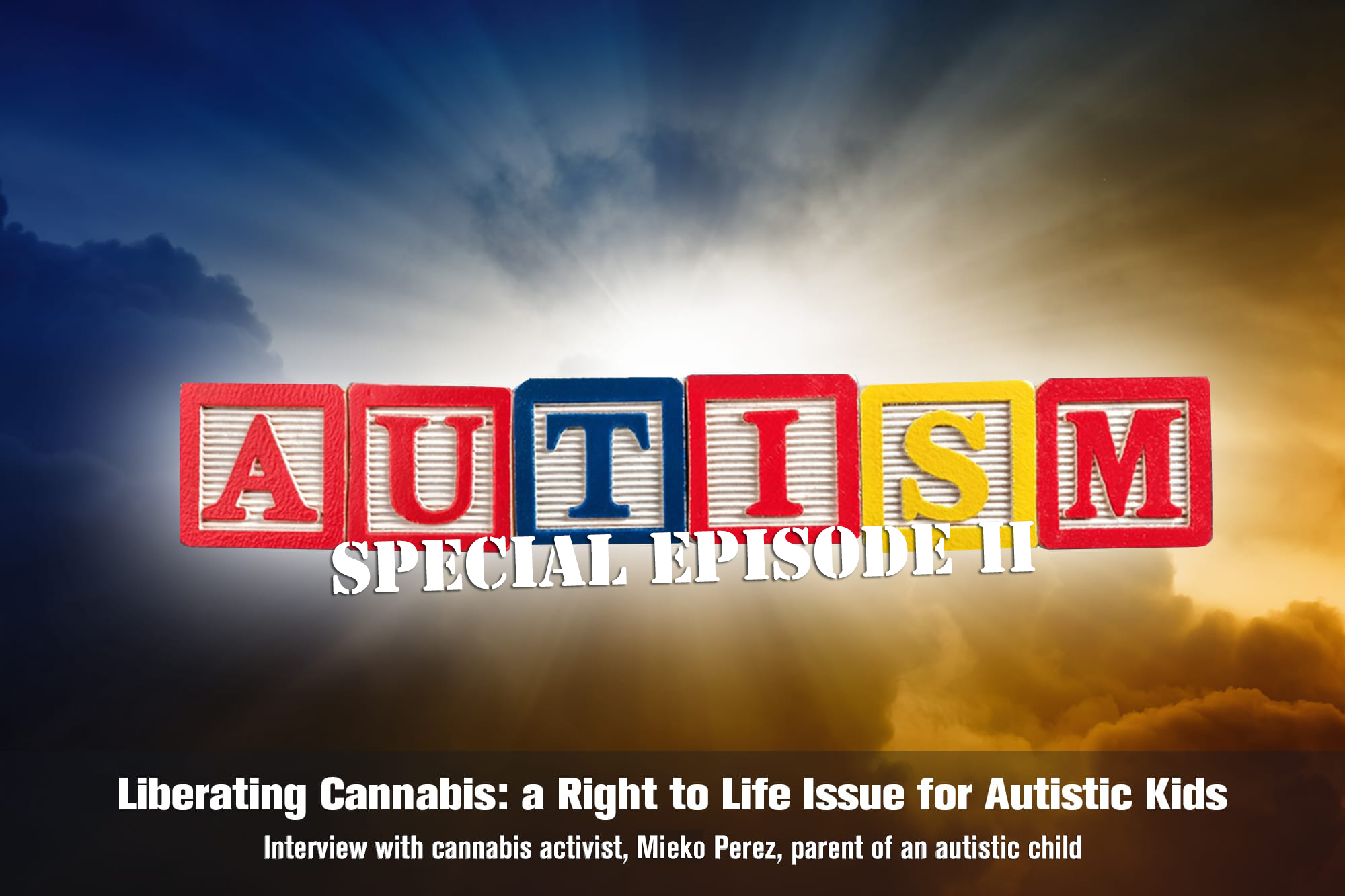 One out of 68 children will be diagnosed with autism this year. Autism-related conditions like Attention Deficit Disorders are even more common.

The causes of autism are still not fully understood, although there is lots of speculation about the environmental and genetic factors contributing to the neurological impairments prevalent in autistic patients. While there is no known “cure” recognized by U.S. medical authorities specific to autism, scientists have ascertained that cannabinoid molecules found in cannabis improve functionality of the central nervous system. Studies have also proven that cannabidiol, or CBD, is a neuro-protectant and is effective in reducing the neuro-inflammation prevalent in patients with brain injuries.

Although there is no recognized “cure” for autism, there is indisputable anecdotal evidence that cannabis may be key to unlocking the mystery as more and more parents are reporting that it helps their autistic children regain control of their bodies and improves their cognitive and social functions.

If you were with us a year ago, you may have caught our first special episode on autism featuring an interview with autism specialist Dr. Christian Bogner and Brandy Williams, the mother of Logan, an autistic child, whose self-injurious behavior was so severe, he could not be left unattended for even a minute. At that time, they had just begun a cannabis regimen with astonishing results. Today, Logan is in school, able to remain calm, learn and interact with teachers and other students.

Now that regulation has opened doors to clinical study in the U.S., scientists have an opportunity to prove what parents of autistic children using cannabis already know. Last week, the University of California in San Diego received a 4.7 million dollar grant to research the efficacy of cannabis for treating autism. As the first of its kind here in the U.S., the results may explain why cannabis helps to correct imbalances in certain neurotransmitters that modulate mood, memory, neural network signaling and a variety of other cognitive processes of autism.

Just as Autism Awareness Month was winding down, we caught up with Mieko Perez, who became a cannabis activist and began advocating for parents of autistic children when cannabis dramatically improved the condition of her autistic son, Joey.

Mieko Hester-Perez decided to go public with her son’s success with medical cannabis in 2009. With of 20 years of legal experience and over 15 years of special education knowledge, Mieko is a modern day “warrior mom” using her knowledge and resources to help parents of autistic children. As Co-Founder of UF4A.org, she was awarded the Evelyn DuPont Award for improving the lives of children with autism and received special recognition from Congress for her many hours of community service and dedication. She was also the recipient of the 2016 Lifetime Advocate Award at the Chalice Festival. In 2015, Mieko was placed on the Advisory Board for Acology Inc. and created a custom, FDA approved, child-resistant container to house “Joey’s Strain”, a specific cannabis strain for persons on the autism spectrum.  She also serves on the board of NORML’s Woman’s Alliance and the Scientific Advisory Board for Cannabis Science, Inc. She is currently participating alongside American and Israeli moms in a campaign to fund essential research to make autism a “Qualifying Condition” around the world. Mieko was featured in 420TV’s new series Medical Marijuana Miracles talking about the ways in which cannabis has helped her son, Joey.

We were deeply saddened to learn that, within a week after this interview, Mieko Perez’ autistic son, Joey, lost his battle with Muscular Dystrophy at the age of 19 years old.  Since introducing cannabis, Joey’s quality of life dramatically improved. Thus began Mieko’s calling in advocacy through which Joey’s all-too-brief but meaningful life will positively impact the lives of countless other families for generations to come. That’s an amazing legacy. Our deepest condolences go out to Mieko and her family.

If not for the generosity of our supporters, we wouldn’t be here! We’d first like to express gratitude for our radio sponsors Alpine Miracle, Healthtera and Compassionate Certification Centers. We’d also like to shout out to the composer of our theme “Evergreen,” Dr. Bryan Doner for the Medical Marijuana Minute and XRQK Radio Network, Society Bytes Radio and Be Real Management for helping us spread the word. We are grateful!