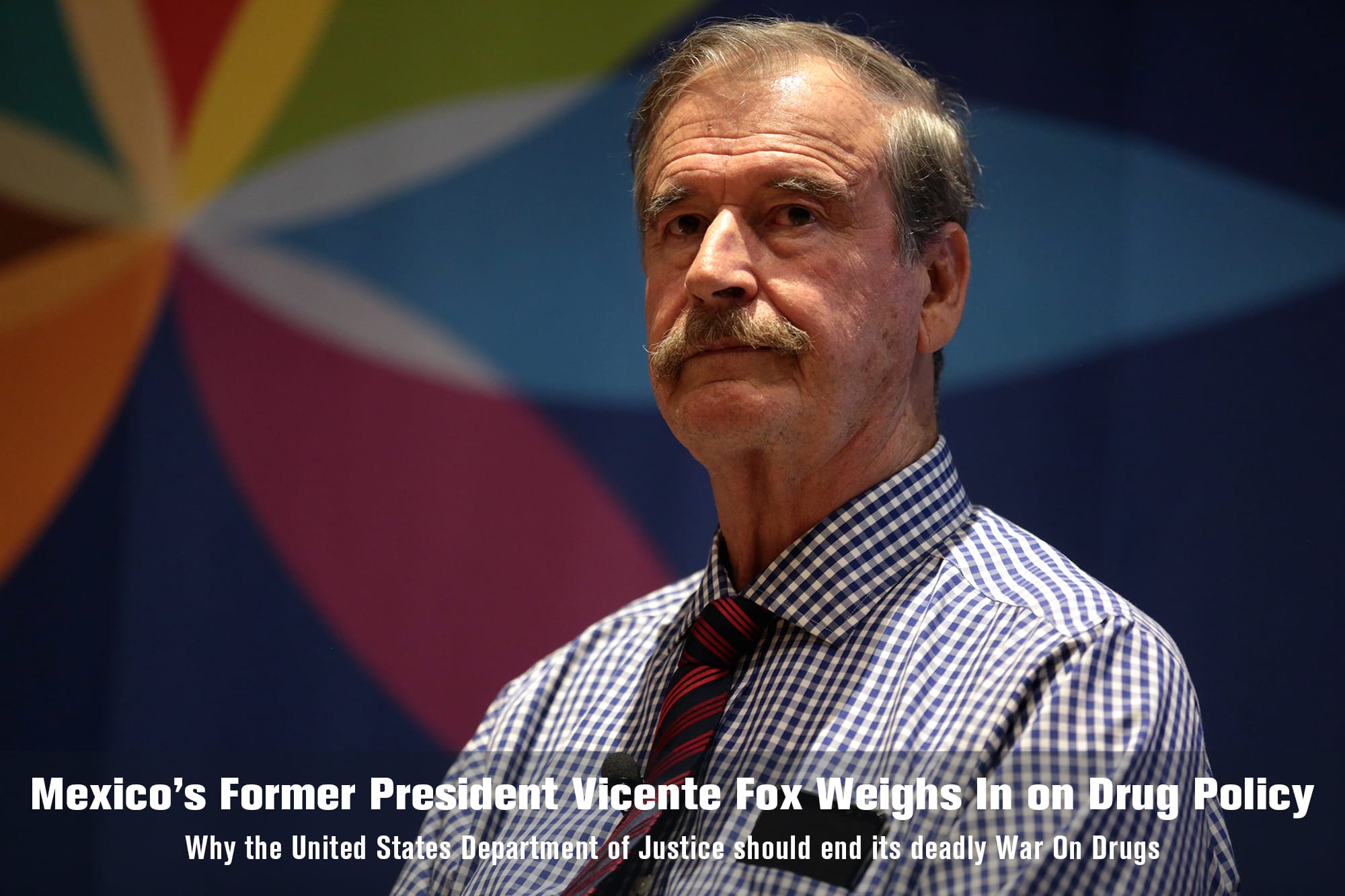 With more than half of the United States regulating cannabis and more to follow this year, you’d think that our government would be well on its way to reversing Federal prohibition. While state regulation has resulted in lower rates of opiate addiction, fewer drug related crimes and a drop in illicit drug trafficking, not to mention economic advantages, Attorney General Jeff Sessions is once again doubling down on enforcement of Federal marijuana policy. To what end?

While illegal drug activity siphons billions of dollars out of our economy into the black market, more than $3.6 Billion dollars has been spent every year enforcing and prosecuting drug crimes. Add to that figure the cost incurred by drug offenders as well as the cost of international enforcement and loss of life caused by the ensuing conflict between enforcers and cartels, a real cost is incomprehensible.

Despite all the money, effort and human life lost to fighting the War On Drugs, U.S. policy has failed to curb drug use or even make a dent in organized crime. In fact, by all credible accounts, illicit drugs are now more accessible, more potent, more dangerous and more affordable than they were 47 years ago when it began, and illicit drug trade profits continue to empower insurgencies in war zones.

Evidenced by successful drug policy reform occurring throughout the U.S. and around the world, a drug war cease-fire could mitigate these problems. And yet, a handful of bi-partisan marijuana policy reform bills have failed to pass in Congress. While it seems reasonable to blame politics, power and the special interests that have much to gain by sequestering the truth, ending prohibition is not simply a matter of sacrificing political capital on the domestic front. The far-reaching implications of exposing the great deception that shaped our racially charged international marijuana policy could present a diplomatic conundrum.

Having galvanized the global coalition to fight one of the most costly, deadly and enduring wars of all time, the U.S. government stands to lose credibility if the lies guiding policy were exposed. On the other hand, our respect in the global community could on the line if we fail to acknowledge the injustice of destroying millions of lives for the sake of a harmless plant.

Having been adversely impacted by the U.S. drug war since the 1970s, Mexico started to reassess its own drug policy in 2009, when it decriminalized the possession of “personal use” amounts of marijuana, cocaine, heroin, and other drugs, in an effort to treat addiction as a public health issue rather than a criminal offense. Instead of jail time, those found in possession of substances are encouraged to enter treatment, which addressed addiction as a matter of public health rather than a criminal issue. Mexico also legalized medical marijuana last year, which has had a positive effect on Mexico’s economy, crime rate and population.

So how would the DOJ’s escalation of the War On Drugs – coupled with current Administration’s threats to bar trade and immigration with its closest neighbor and ally – impact people of Mexico and U.S. relations?  That’s the topic of today’s show and we’re honored to introduce the former President of Mexico, Vicente Fox, right after Dr. Doner’s Medical Marijuana Minute.

Mexico’s former President Vicente Fox Quesada, was a Mexican businessman and politician before he became the 55th President of Mexico as the first opposition candidate in the National Action Party to defeat an incumbent of the Institutional Revolutionary Party since Francisco Madero in 1910. After serving as President of Mexico from December 1, 2000 to November 30, 2006, he returned to his home state of Guanajuato to pursue a number of humanitarian projects and development of the Vicente Fox Center of Studies, Library and Museum through his organization Centro Fox. Since leaving office, he has also actively advocated for drug policy reform and frequently speaks on the topic at international conventions. Having seen a dramatic decrease in illicit drug use and incarceration after Mexico decriminalized drug possession in 2009, he attributes to the militarization of drug enforcement in cooperation with the U.S. Drug Enforcement Agency to a recent upsurge in cartel violence causing countless deaths and diplomatic tensions. In May of 2018, President Fox will host world leaders at an International Congress on Drug Policy to address these issues and advocate for change.