Montel Williams on the Convergence of Cannabis Activism and Science 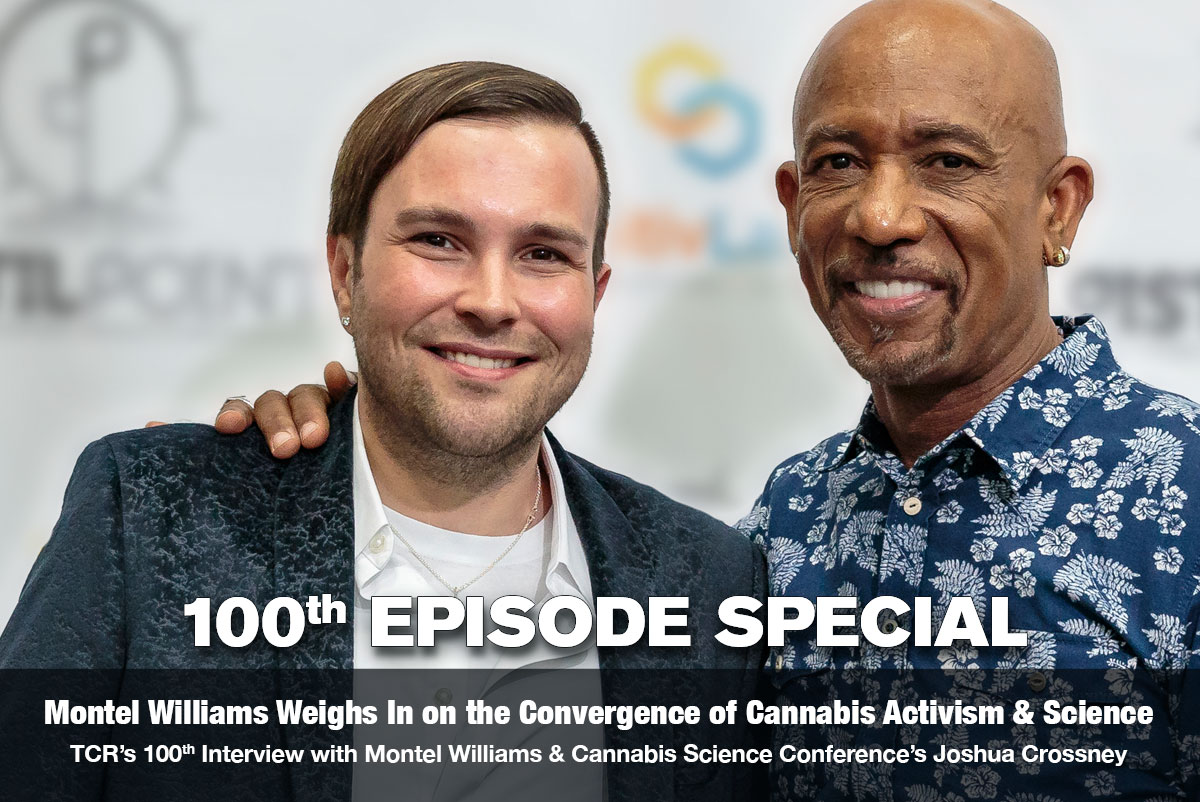 Established pharmaceutical companies are rarely denied FDA approval if they can prove a drug’s efficacy with sufficient scientific data. Despite the rising number of drug fatalities, even some of the world’s most dangerous conventional drugs have sailed through the bureaucratic process with little to no governmental oversight or accountability.

By comparison, only one whole-plant cannabis drug has ever received FDA approval despite the fact that cannabis is far less dangerous than most commonly prescribed drugs. Even in regulation states, medicinal cannabis producers jump through hoops no conventional pharma companies are subjected to. And, the cannabis industry is mired in bureaucracy, hamstrung by regulatory constraints and constantly subjected to undue scrutiny of governmental authorities and elected officials caving to pressure by anti-marijuana lobbies.

Ask skeptical lawmakers why they refuse to remove it from Schedule 1 and you’ll likely hear them say it’s because we need more scientific studies to ensure it poses no public health risks. When you remind them that clinical studies were banned in the U.S. because cannabis is a Schedule 1 Controlled Substance, or that more than 20,000 cannabis-related studies by reputable scientists are already catalogued at the National Institute of Health, you’ll likely get a blank stare. Such is the cannabis conundrum.

Despite their ongoing denial, cannabis saves lives. While our nation’s criminal code deems cannabis to have no medical value and high potential for abuse, scientists and medical practitioners are realizing that cannabis deficiency is actually dangerous to human health.

And yet, ever since cannabis was removed from the U.S. Pharmacopeia, it lost its legitimacy as a viable medicine. American research institutions were barred from studying it and doctors licensed by the DEA were barred from prescribing it. Decades after it became a Schedule 1 controlled substance, no amount of credible evidence could reverse the stigma within the medical community. Doctors rely upon scientific data, but when it’s not sanctioned by the federal government, it’s not data they’d trust.

Public perception has slowly shifted to the point that even the most skeptical doctors and researchers are taking notice. But, even though state legalization measures have opened doors for research here in the U.S., the fact that cannabis is still prohibited at the federal level means extraordinary restrictions and unyielding barriers that deter academic institutions from risking their federal funding or reputations to study it.

That’s where advocacy becomes so important. The value of recognizable public figures who advocate for cannabis can’t be overestimated. Without their prominent voices, public acceptance might still be under water.

No one understands this better than Montel Williams who has been a champion activist for cannabis law reform since the late 1990s. In this, our 100th Episode, Montel joins Cannabis Science Conference founder Josh Crossney to talk about the convergence of cannabis activism and science and ways in which advocacy has opened doors to research. The interview begins at the 4:00 minute mark, right after Dr. Bryan Doner’s Medical Marijuana Minute.

As an Emmy Award-winning TV personality who became a medical marijuana patient after being diagnosed with Multiple Sclerosis in 1999, Montel Williams became one of the first high-profile advocates to cast a spotlight on the absurdity of cannabis prohibition.

Since then, he has lobbied for cannabis law reform in nearly every state and as founder of Lenitiv Scientific, he is researching and developing new cannabis therapy formulas. Having spent more than two decades serving in the Marine Corp before graduating from the U.S. Naval Academy as a commissioned officer in the United States Navy, he is also an ardent advocate for veterans to have unrestricted access to cannabis.

Montel delivered the Keynote address at the first Cannabis Science Conference in Portland Oregon two years ago and is slated to speak at the event again when it makes its East Coast debut in Baltimore next year.

Returning for his second interview on The Cannabis Reporter Radio Show, Josh Crossney is the President & Founder of CSC Events, presenter of the Cannabis Science Conference and jCanna, Inc., a Maryland based 501(c)3 non-profit organization devoted to the advancement of cannabis science, analytical testing, and personalized (precision) medicine. He has parlayed his background in analytical science recruiting and event planning into the industry-wide effort to bridge the gap between analytical sciences and the business of medical cannabis.

The fact that some states don’t even require QC/QA testing for their medical cannabis programs inspired him to create a platform to advance the science of medicinal cannabis. The Cannabis Science Conference provides opportunity for industry stakeholders to address barriers to clinical study in the U.S., the lack of unified standards for testing and other common challenges.