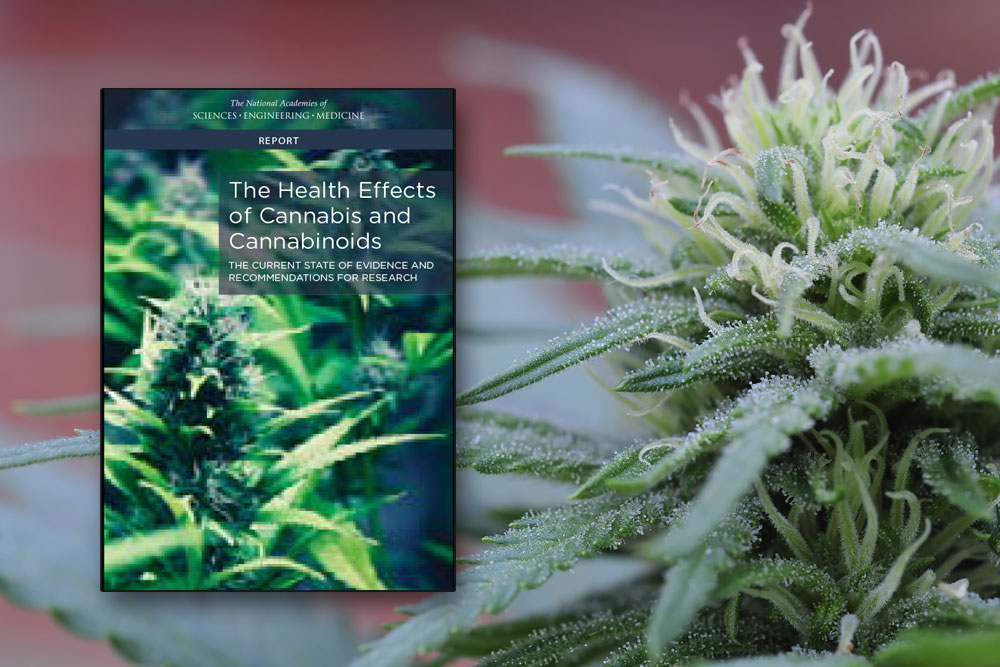 The National Academy of Sciences Engineering and Medicine released a groundbreaking report summarizing existing clinical studies on efficacy of marijuana used for medical purposes. As the first such comprehensive study summarizing scientific evidence that cannabis has valid medical applications, the NAS study has potential to expose the fallacy of the classification of cannabis as a Schedule 1 controlled substance, which may help to apply pressure on the DEA to de-schedule marijuana or, at least,  policy and Vindication of researchers

While the research committee didn’t find evidence of all medical conditions, they found ample research that recognized the efficacy of treating a number of conditions such as multiple sclerosis, chemo-therapy induced nausea. The NAS study is the first of this kind to be conducted by a major agency to have the ear of the Federal Government.

In a recent interview, Suzanne “Sue” Sisley, M.D., a clinical psychiatrist who is a foremost medical expert on medical marijuana told The Cannabis Reporter that this study vindicates “those of us who have long understood the urgent need for research and relentless barriers [preventing scientists from conducting such studies in the U.S].”

Obstacles to marijuana research is something that Dr. Sisley is all to familiar with. As a former clinical assistant professor at the University of Arizona College of Medicine, Dr. Sisley obtained approval by the National Institute on Drug Abuse to conduct a clinical study about the efficacy and safety of medical marijuana in treating veterans with PTSD. When political fallout barred her from conducting the controversial cannabis study at the university, she received a $2 million grant from the State of Colorado and resumed her research under the auspices of the non-profit Multidisciplinary Association for Psychedelic Studies. Dr. Sisley is currently in Phase II of her a randomized FDA-sanctioned trial looking at both safety and efficacy of marijuana as a treatment for PTSD.

The NAS study refuted arguments made by such opponents of legalization such as the absence of any evidence of a link between smoking marijuana and cancer other than the obvious irritation caused by smoke on people who have existing chronic conditions such as COPD. advocates for smoking or adding anything combustable to the lungs, “Smoking is

This study will certainly boost the case for Federal reform. I couldn’t have been happier and “I know that people were concerned that they were skeptical about the efficacy of cannabis for treating cancer and other diseases that many have seen positive results with medical marijuana in their patients,” Dr. Sisley said. She explained that the NAS didn’t dispute those claims, but rather simply indicated that they didn’t find sufficient evidence yet. “There is only limited preliminary evidence of anti-tumor activity. which will require additional research in controlled clinical settings.”

The good news for those advocating for more study of cannabis is that the NAS report highlighted the dire need for more clinical research. Read the full study here.

Cannabis Science & The Next Generation Paradigm of Knowledge
June 9, 2018