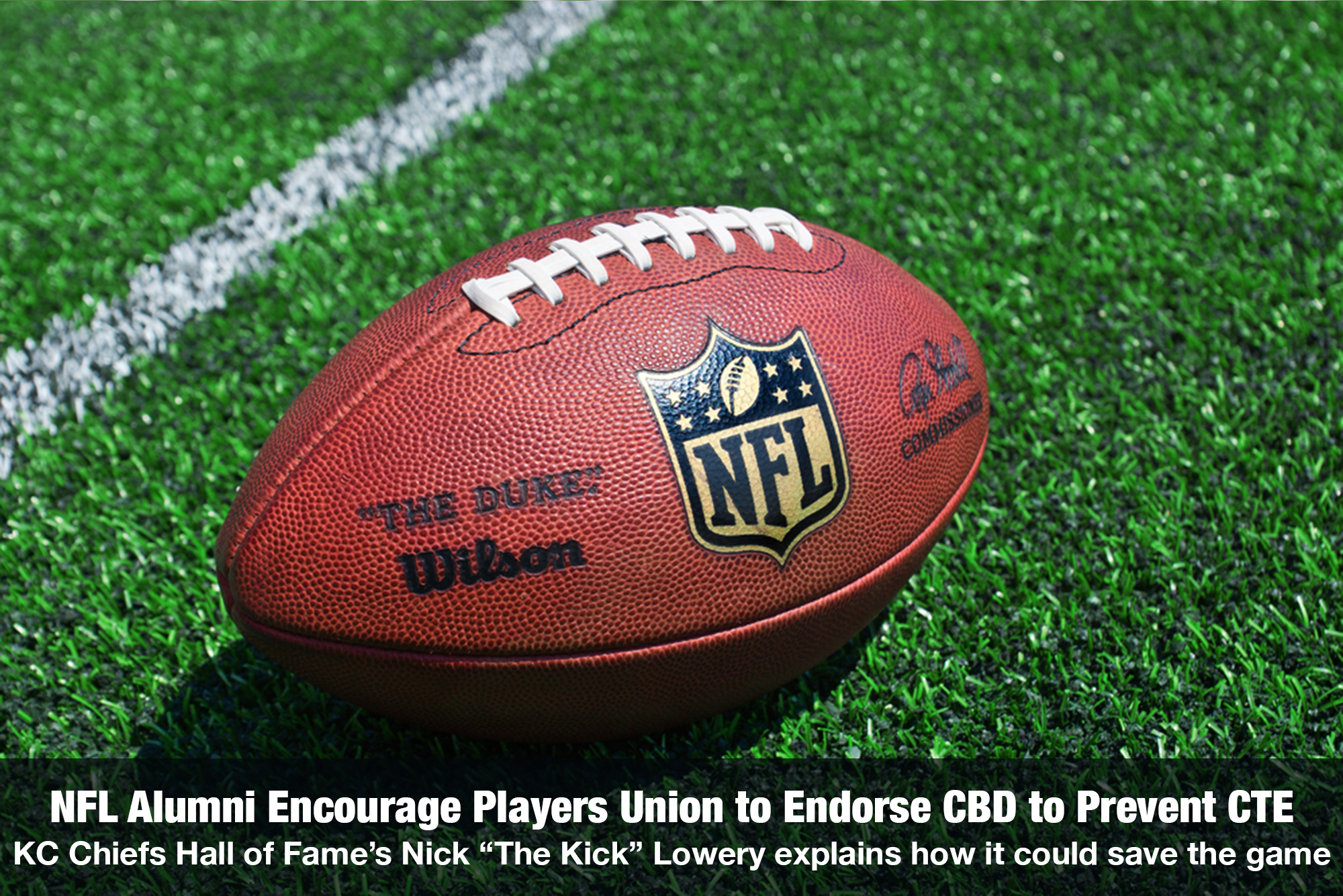 Chronic Traumatic Encephalopathy, or CTE, has become know as the NFL’s industrial disease, and for good reason. Statistics show that 96% of all players will show symptoms at some point after they retire from the game.

In an interview last year with NFL Champion and Hall of Fame Kicker for the Kansas City Chiefs and triple Ph.D. neuroscientist and Board Certified neurosurgeon, Dr. H.J. Raza last year, we explored ways in which CBD is helping former players cope with the debilitating symptoms of CTE, which include loss of sleep, depression and dementia, to name a few.

A growing body of scientific research suggests that CBD also helps to mitigate long-term damage caused by repetitive blows to the head, a leading cause of CTE and full-spectrum of cannabinoids found in the cannabis plant provides a safer alternative to opiates and other addictive drugs frequently prescribed for pain and inflammation caused by football injuries.

Despite mounting pressure by current and former players who have come out in droves to advocate for use of cannabis where legal, the top executives at the NFL have refused to budge from their anti-marijuana policy. This has prompted a coalition of alumni advocates to rethink their strategy and apply pressure from the ground up, beginning with the Players Union and NFL Alumni Association.

Nick Lowery is one of the NFL’s most outspoken on the issue and joins us to provide his insights on the new approach.

Nick “the Kick” Lowery is an NFL legend whose 18 years as a kicker for the Kansas City Chiefs earned his induction into the Hall of Fame. As the first pro athlete with a Masters degree and Fellowship from the Kennedy School of Government at Harvard University, he served three U.S. Presidents as an advisor on youth and drug policy in the White House. He is also the winner of the most prestigious humanitarian award an NFL player can receive, The Byron Whizzer White Award and, as founder of the Nick Lowery Youth Foundation, Nick uses principles of the game of football to empower young people how to aspire to achieve their dreams. In light of recent discoveries about CTE, Nick became an ardent advocate of cannabis and has joined a growing number of former and current NFL players campaigning for policy change to allow for cannabis as an alternative to opiates and other drugs used to treat symptoms of CTE. He is a national spokesperson for  Kannalife Sciences, which is conducting a studies on the use of CBD as a protective measure to prevent long term brain damage caused by repetitive concussive injuries.

If not for the generosity of our supporters, we wouldn’t be here! We’d first like to express gratitude for our radio sponsors Alpine Miracle, Healthtera and Compassionate Certification Centers. We’d also like to thank Erik Godal for our theme “Evergreen” and Dr. Bryan Doner for the Medical Marijuana Minute. We’d also like to shout out to XRQK Radio Network and Society Bytes Radio Network for broadcasting our show and Cannabis Radio for helping us spread the word online. We are grateful!