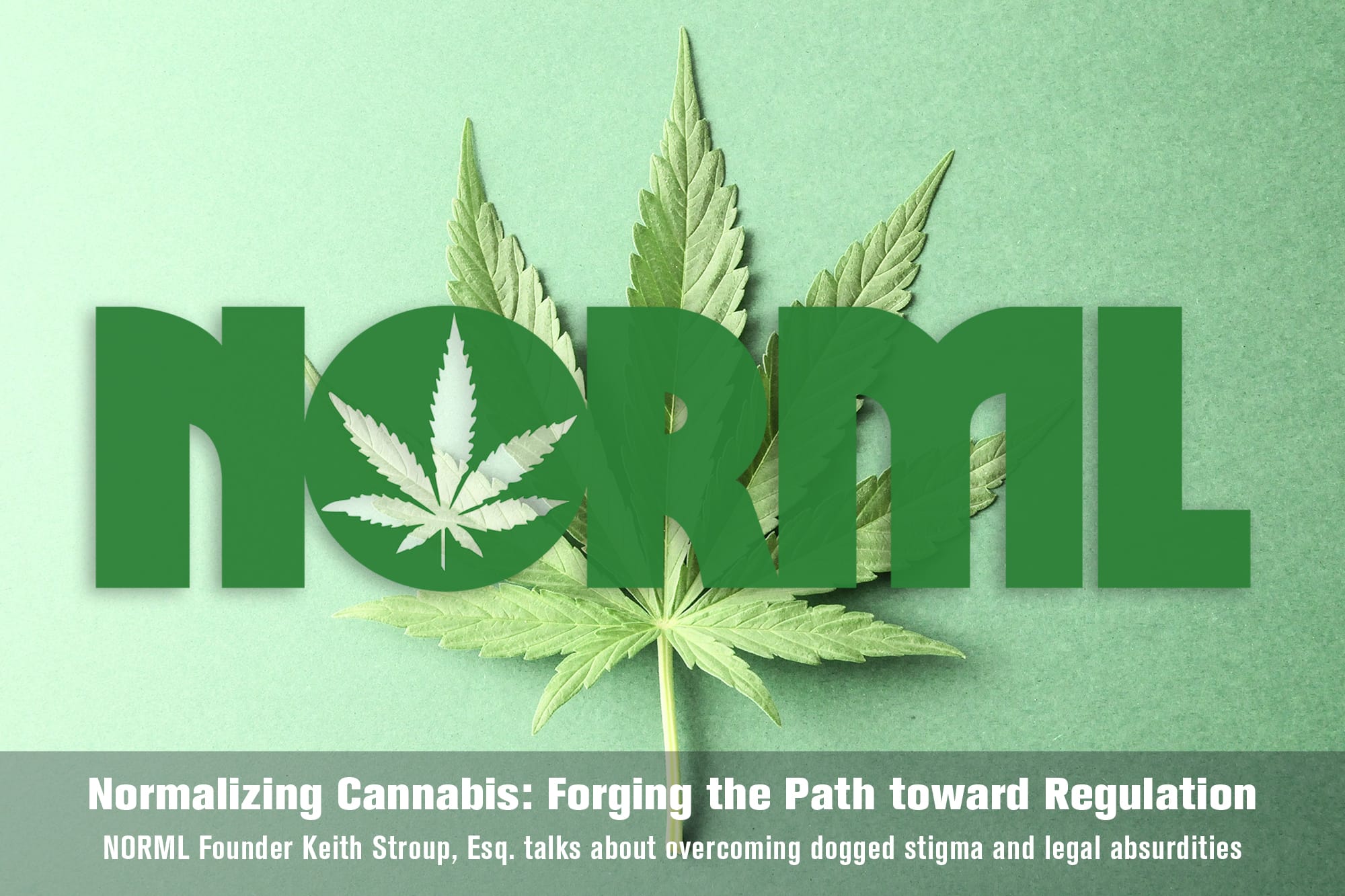 The pro-cannabis movement has come a long way since the Controlled Substances Act became law in 1970. Thanks to courageous efforts of activists since then, public acceptance is now at an all-time high.  For a generation coming of age at this moment in history, cannabis will likely be considered a normal part of life. But, for those of us raised on the dogged stigma of prohibition, it’s anything but.

Even though science has debunked every justification for placing cannabis on the list of Schedule 1 Controlled Substances, every effort to reverse Federal prohibition has failed. To date, the Rohrabacher-Farr Amendment is the only legislation that has come close. Far from legalization, it limited DEA authority only by removing budget appropriations necessary to enforce Federal marijuana laws in regulation states, which enabled the cannabis industry to flourish without DEA interference.

When Attorney General Jeff Sessions announced his intention to reverse the Rohrabacher-Farr Amendment, the cannabis industry was on notice. The public outcry prompted congress to reintroduce the CARERS Act, a bi-partisan bill that would permanently re-schedule marijuana and protect medical marijuana patients in regulation states. A number of other bi-partisan cannabis bills have emerged in both the Senate and Congress. With the lack of support for Sessions’ arcane point of view, it seemed safe to assume he would retreat.

But, no sooner than California’s new adult use measure became law, the Trump administration threatened reinstatement of DEA budget appropriations to target marijuana offenders in regulation states. In a letter to Congressional leaders, 69 members of Congress flatly rejected the line item. Simultaneously, a new version of the Rohrabacher-Farr Amendment was re-introduced, this time omitting the word “medical” in order to include adult use as well.

While it would appear to be a clear signal that a push toward full legalization may be imminent in Congress, it would be surprising if a cannabis measure were to pass anytime soon. Considering that dozens of cannabis measures have disappeared into a black hole in Congress. As long as Sessions has allies in Congress who are unwilling to make enemies of anti-marijuana campaign contributors, that is unlikely to change.

Despite the resistance in Washington DC, legalization is inevitable. The public demand for an end to prohibition has reached the point of no return. That’s the topic of this episode and our guest, Keith Stroup talks about his work as an activist since he founded the organization known as NORML in 1970. He also reveals some little known history about cannabis prohibition and the racist, “Broken Windows” theory and other political motives behind it —  right after Dr. Bryan Doner’s Medical Marijuana Minute.

Keith Stroup is a Washington, DC public-interest attorney who has been a champion of the cannabis movement since he founded the National Organization for the Reform of Marijuana Laws (NORML) in 1970, the same year the Controlled Substances Act became law. He ran the organization for 9 years through 1979, during which time 11 states decriminalized minor marijuana offenses. With other opportunities presented to him, he took a sabbatical from NORML to practice criminal law, lobby on Capitol Hill for family farmers and artists, and for several years served as executive director of the National Association of Criminal Defense Lawyers (NACDL). He resumed his work with NORML in 1994 when he rejoined the board of directors. From that point onward, he served again as Executive Director through 2004. Today, he is currently serving as Legal Counsel with NORML. Mr. Stroup has appeared on numerous television shows such as The O’Reilly Factor, Crossfire, Buchanan and Press, and Hannity and Colmes. In 1992 Stroup was the recipient of the Richard J. Dennis Drugpeace Award for Outstanding Achievement in the Field of Drug Policy Reform presented by the Drug Policy Foundation, Washington, DC. He frequently speaks at industry events and, as always, remains a champion of cannabis advocacy.

If not for the generosity of our supporters, we wouldn’t be here! We’d first like to express gratitude for our radio sponsors Hempful Farms, Healthtera and Compassionate Certification Centers. We’d also like to shout out to our producer, Ed, engineer John and the team at Star Worldwide Networks, Erik Godal, the composer of our theme “Evergreen,” Dr. Bryan Doner for the Medical Marijuana Minute and XRQK Radio Network, Society Bytes Radio and Be Real Management for helping us spread the word. We are grateful!