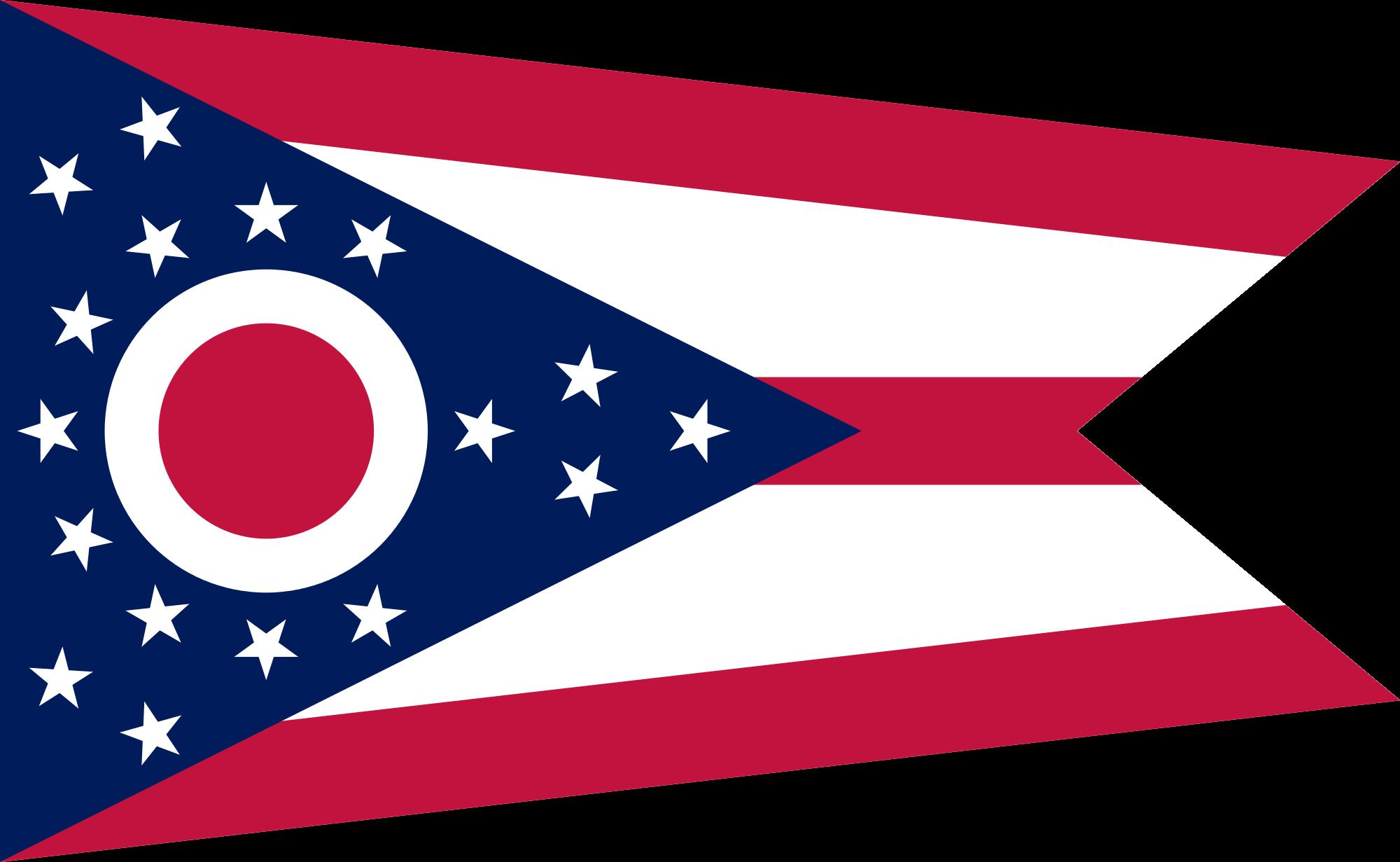 The State of Ohio

The State of Ohio was one of a handful of states to decriminalize marijuana in the early 1970s, but reversed the measure at the start of the nationwide War on Drugs. Today, it has one of the most restrictive laws pertaining to marijuana with mandatory sentences of 5 to 8 years if convicted of possession of moderate to large amounts or sale within reach of schools or minors. Possession of small amounts  (less than 200 grams) is a misdemeanor with fines between $150 and $250 for first-time offenders, but any offense, even sale or possession of paraphernalia, can result in the loss of drivers license for up to six months.

In 2015, State legislature posed Ballot Initiative, Issue 3, to the voters and it failed to pass with a final 2 to 1 tally of more than 3 million votes. The measure would have made it legal for anyone over the age of 21 to possess and use marijuana. Considering that more than 70 percent of people between the ages of 18 and 34 favor legalization of marijuana for personal use, the voter response was surprising, and disappointing for patients that need medical marijuana to treat chronic conditions. 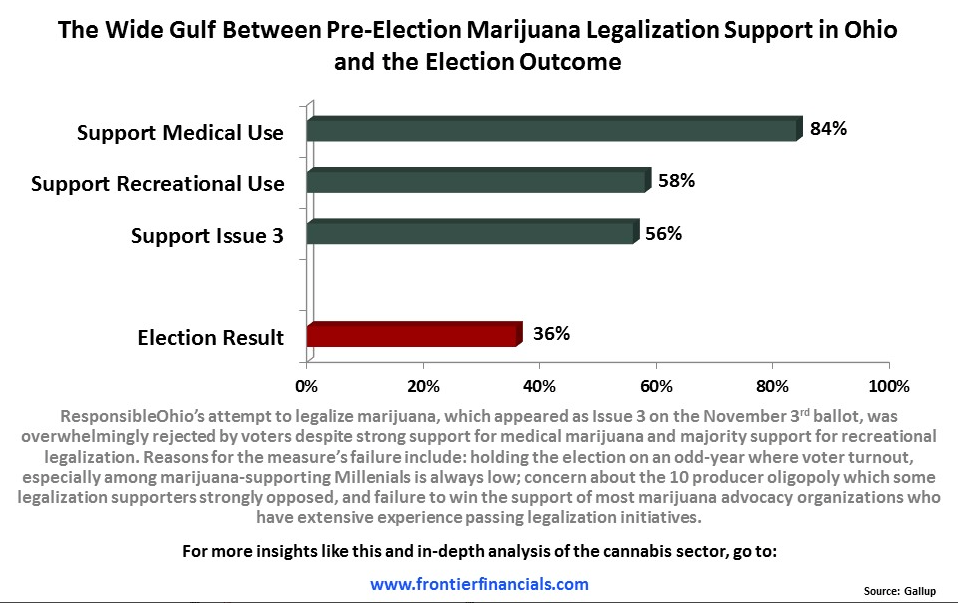 Cultivation of Hemp, a variety of sativa L. cannabis with less than 1% of tetrahydrocannabinol (THC) has not been authorized by the state for any purpose other than educational research.

There are currently two measures in process of collecting signatures for new marijuana legislation ballot initiatives for the November 8, 2016 general election.

1. Submitted by Ohioans to End Prohibition, the Ohio Cannabis Control Amendment would:

This proposal was submitted on June 8, 2015 to the Ohio Attorney General with more than 1,900 signatures (1000 required limit) of Ohio residents in favor of the measure. To confirm it will be certified for the ballot, organizers need an additional 305,000 valid signatures.

2. The Medical Cannabis Amendment is a proposed ballot measure that would legalize marijuana for medicinal purposes and create an Ohio Medical Cannabis Commission to regulate the industry. If passed, this measure would:

The measure was first submitted to the Ohio Attorney General by Ohio Medical Cannabis Care, a limited liability company, and was rejected at that time. After two subsequent attempts and revisions, the measure was submitted again on January 13, 2016 and is pending until 305,591 valid signatures are collected.

A third initiative, the Ohio Fresh Start Act, would have vacated sentences and expunged records of felons convicted of low level marijuana crimes and decriminalize those violations. The measure failed to be accepted by the Ohio Attorney General’s office and will not be on the 2016 ballot.

Updates about the 2016 Ballot Initiatives: ballotpedia.org

Medical Marijuana is not legal in Ohio and not legally accessible.

News and Articles Related to Ohio Marijuana Laws in 2016: